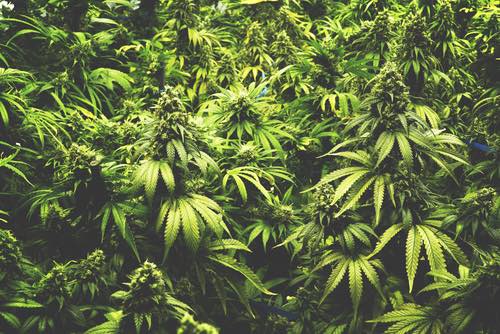 As beverage companies make their move in the cannabis space, the Investing News Network offers investors a look into other established industries potentially eyeing plays in the emerging market.

Cannabis investors have patiently awaited for the the market to be validated with the moving interest from established industries.

The cannabis market has been full of promise and, with the potential entry of consumer goods and gigantic industries, validation is finally arriving.

In November of 2017, Canopy Growth (NYSE:CGC,TSX:WEED) secured a business relationship with Constellation Brands (NYSE:STZ), the alcohol manufacturer behind Corona beer.

The connection started with a C$245 million investment deal into the company. However, before a year had passed on the deal, Constellation invested an extra C$5 billion in the Canadian cannabis producer further reinforcing the maturation of the emerging sector.

As the legalization trend continues across the globe, the cannabis industry has gained the attention of solidified markets — in addition to the alcohol sector — looking for ways to stay ahead of the curve in the cannabis market.

Here the Investing News Network (INN) brings investors a look at a five industries that could potentially be looking to gain or increase exposure into cannabis.

As indicated above, the investment from Constellation Brands really kicked the race off for alcohol companies looking for an in to the cannabis space. In August Molson Coors formed a joint venture with Canadian LP HEXO (TSX:HEXO).

The promise these companies are looking for is the interest from consumers in infused beverages using elements from cannabis. Coca-Cola, for example doesn’t appear to want a resulting product to get consumers buzzed, but instead a wellness item using cannabidiol (CBD).

Infused beverages have largely become a trend project for cannabis producers in 2018.

“People want consistency and predictability,” Danny Brody, vice president of investor relations for the Green Organic Dutchman (TSX:TGOD) said during a panel at the Extraordinary Future conference in Vancouver.

Dahl explained current beverages can take between 30 to 45 minutes before the effects are felt. “Some people are impatient looking for that effect so they drink too much and when it finally hits, they are out of it for a long, long time, Dahl said.

Alcohol companies in particular have a lot to gain from getting into cannabis early. Research has shown alcohol sales decline in territories where cannabis becomes legal for adult-use.

“The only reason beer is here first is because they are scared,” Chris Wagner, CEO of Emerald Health Therapeutics (TSXV:EMC), told an investor audience at the Extraordinary Future conference.

Winding sales have also been indicated by analysts as a reason for these alcohol producers to seek a cannabis operation to partner with.

The relationship between pharmaceuticals and cannabis is a complicated one. Many cannabis advocates have voiced that the rise of opioid epidemics in North American communities could be disrupted with the replacement of cannabis in pain management.

Tensions are running high between the two industries. In February, Forbes reported on US Sen. Kirsten Gillibrand (D-NY) saying “the opioid industry and the drug companies that manufacture it… are just trying to sell more drugs that addict patients.”

Despite this clash of ideals, cannabis research has modeled itself after the medical system implanted in large part by the pharmaceutical industry.

This year pharma made the first move when Sandoz Canada, a division of Sandoz International GmBh under the corporate umbrella of Novartis AG (NYSE:NVS), formed a partnership with Tilray.

The tobacco industry has been signaled as a de facto candidate for an entry into cannabis. However Doug Waterson, CFO and portfolio manager with Faircourt Asset Management and manager of the Ninepoint UIT Alternative Health Fund, told INN this entrance might take more time.

“Tobacco you would think … they have their own baggage obviously to deal with,” Waterson said. “I would say it’s more important to them to do a deal but it’s also probably more difficult just politically, [with] shareholders, everything. It’s a challenging thing.”

While it’s true cannabis still holds critics questioning its long term use and effect, the medical side of the drug has shown great promise for its research and early applications. Tobacco entering the space could provide a bad optics case for whichever company makes a move.

It is still possible a tobacco company could be eyeing partnerships or joint ventures with a strictly recreational player or brand in the cannabis space.

During a panel at the MJBizCon INT’L in Toronto Mike Gorenstein, CEO of Cronos Group (NASDAQ:CRON,TSX:CRON) told the audience the second investment from Constellation Brands would push tobacco companies to seek entries as well.

The medical aspects of cannabis have led some companies to explore the potential for its use in the cosmetics area, including skin care products and other applications mixing the health and wellness market.

Legal markets in the US have already seen growth in cannabis oil products dedicated to skin treatment and other wellness applications rather than a strict medical need attached to its use.

Alison Gordon, CEO of 48North (TSXV:NRTH) told INN the company wants to create food, beverage and skincare products. As she explained it, 48North will seek to partner with companies in those spaces.

The producer has revealed its intention to target female cannabis users exclusively as it’s core strategy with these types of products.

“We don’t think we need to reinvent the wheel. We think it’s really about leveraging our knowledge of cannabis, our license and our ability to work with that, and partnering with the best in class around those different categories,” Gordon said.

During a panel discussion at the the Extraordinary Future conference in Vancouver Rosy Mondin, CEO of Quadron Cantech (CSE:QCC) said a lot of products in the cannabis industry haven’t even been conceived yet, including those in the skincare and cosmetic departments.

One of the hottest trends in the cannabis culture is cooking with certain aspects of the drug infused into a meal.

Investors can see the demand for these recipes with even cookbooks made available for cannabis cooking. Instagram accounts and online blogs have also popularized the novel approach.

At trade shows such as the Lift Cannabis Expo, a cooking demo is a regular option for consumers.

Most likely, regulations with Health Canada and other agencies would put off companies to make any attempts in the near future. But, could there be potential for companies down the road to explore deals or partnerships and target consumers looking to add a kick into their meals?

Validation is starting to arrive for cannabis investors. With legalization of recreational use in Canada coming October 17, it makes sense more established industries and leading players are taking note of the potential for this market.