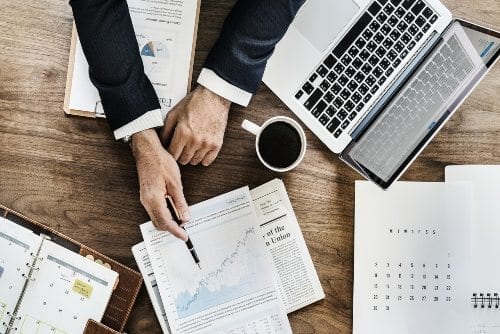 Manulife Asset Management added to its investment in CannTrust Holdings (NYSE:CTST,TSX:TRST) in the lead up to one of the biggest scandals in the Canadian marijuana industry.

On Thursday (August 22), the Globe and Mail revealed that the investment firm, a subsidiary of Canadian insurance company Manulife Financial (NYSE:MFC,TSX:MFC), more than tripled its stake in the embroiled cannabis producer before the end of Q2 on June 30. CannTrust came under fire from the market once it confirmed unlicensed growing at its Pelham, Ontario, facility in early July.

The firm added 3.34 million CannTrust shares during Q2, bringing its total to 4.87 million shares by the end of the period — 3.44 percent of the entire company.

The Globe and Mail report indicates that most of the cannabis shares held by Manulife Asset Management are confined to the Manulife Dividend Income Plus Fund. The drop in CannTrust’s value cut Manulife’s holdings to less than C$14 million from C$32 million.

Shares of Manulife opened in Toronto at C$22.33 on Thursday, before dropping to C$22.01 by late morning. At the end of the trading session, prices sat at C$22.15, representing a minimal drop in value of 0.36 percent. In New York, the company finished at a price of US$16.63.

In an email statement, Manulife spokesperson Sean Pasternak told the Investing News Network (INN) that the objective of the Manulife Dividend Income Plus Fund is to offer investors “capital appreciation, preservation, and dividend income.”

“This fund’s mandate is not limited to investing exclusively in dividend-paying companies, although 40 percent of our portfolio does pay a dividend,” Pasternak said.

CannTrust’s reputation took a dive in July when it received a non-compliance order from Health Canada for growing cannabis in unlicensed rooms at its facility in Pelham. Things worsened for the producer when it was revealed that CannTrust purposely hung false walls to hide the illegal growing during Health Canada inspections.

Soon after, BNN Bloomberg reported that CannTrust executives, including CEO Peter Aceto and Chairman Eric Paul, told employees to “continue as planned” with regards to the illegal growing.

After an internal investigation, the company fired Aceto and requested Paul’s resignation.

A second CannTrust facility also received a non-compliant rating from Health Canada earlier this month. The regulator found the company’s facility in Vaughan, Ontario, failed to meet operating procedure standards and had a poor quality of assurance.

On Monday (August 19), CannTrust announced that the Ontario Cannabis Store has returned C$2.9 million worth of product to the company, deeming it “non-conforming” as defined by the supply agreement between the regulator and CannTrust.

Since the original announcement from CannTrust was revealed, its share price has dramatically dropped by over 50 percent. The company finished Thursday priced at US$1.93 and C$2.58 in New York and Toronto, respectively.

According to the Globe and Mail report, CannTrust isn’t the only cannabis company Manulife has a stake in. At the end of 2018, the Manulife Dividend Income Plus Fund also held all of the company’s shares of HEXO (NYSEAMERICAN:HEXO,TSX:HEXO), most of its Aphria (NYSE:APHA,TSX:APHA) shares and almost half of its shares of Canopy Growth (NYSE:CGC,TSX:WEED).

Pasternak added that Manulife views its investments into the cannabis sector as offering an “attractive revenue growth profile relative to (their) other holdings.”

“To ensure we are prudently managing risk, we tend to generally limit our exposures to the cannabis sector to about 5 percent or less of the overall portfolio,” he told INN.

Shares of CannTrust were at the center of another fund’s activity in mid-August, when the US-based ETFMG Alternative Harvest ETF (ARCA:MJ) added 5.5 million shares of the Canadian firm, according to Bloomberg, as part of a rebalancing act.