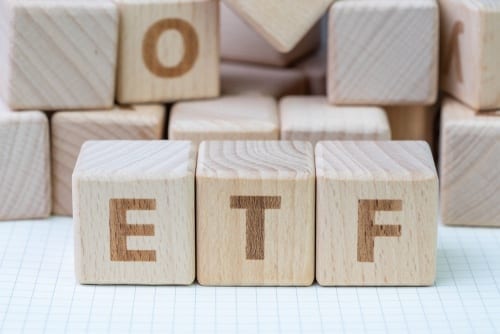 A rebalancing of the ETFMG Alternative Harvest ETF seems to be the cause of a late share price surge for CannTrust Holdings last week.

Puzzling trading activity in the marijuana sector may be related to exchange-traded fund (ETF) action, says an analyst in the space.

On Tuesday (August 13), 420 Investor analyst Alan Brochstein wrote a note to investors indicating that the ETFMG Alternative Harvest ETF (ARCA:MJ) performed a rebalancing of its holdings last Friday (August 9). He said the move may have led to a spike in share price value for embroiled Canadian producer CannTrust Holdings (NYSE:CTST,TSX:TRST).

Approximately 20 minutes before Friday’s trading session finished, the Canadian cannabis producer surged 40 percent to close at US$3.23 in New York and C$4.21 in Toronto.

“Beyond the irresponsibility of doing such large trades late in the afternoon on a summer Friday, one must question the wisdom of adding to CannTrust, given the issues that the company is facing,” Brochstein wrote.

Despite his criticism, the analyst explained that the fund didn’t pick up CannTrust as a “fundamental decision,” but rather because it was following its mandate of tracking the index it is based upon: the Prime Alternative Harvest Index.

As of Tuesday, CannTrust was among the 10 top weighted companies in the Prime Alternative Harvest Index, with a weight of 4.03 percent.

According to a report from Bloomberg, the ETF added 5.5 million shares of the struggling producer. Brochstein indicated that the company now holds a 3.8 percent weighting in the fund.

CannTrust’s share price increase vanished on Monday (August 12) as the company confirmed that a second of its facilities, its manufacturing operation in Vaughan, Ontario, has been deemed non-compliant by Canadian regulators.

Since Friday, the ETF has risen in value by 1.3 percent to a price of US$28.92 as of Tuesday’s closing bell.

The market for US-based cannabis ETFs has been on the rise as more fund providers seek to offer investors exposure to the marijuana market.

However, these funds can’t yet offer exposure to marijuana operations directly in the US. This is due to the federal illegality of the drug in the US, which forces companies to seek listings in Canada.