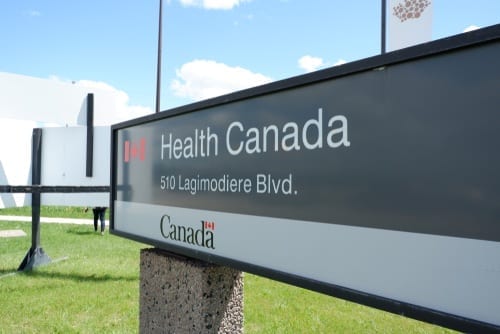 During the past trading week (September 16 to 20), Health Canada offered some initial resolution to a major scandal in the Canadian marijuana industry.

A return of product to the beleaguered cannabis player made headlines, while the latest celebrity to endorse cannabidiol (CBD) also caught attention.

On Tuesday (September 17), CannTrust Holdings (NYSE:CTST,TSX:TRST) informed shareholders that Health Canada has officially suspended its ability to produce cannabis following the discovery of unlicensed growing done by the company.

“The notice states that Health Canada has suspended CannTrust’s authority to produce cannabis, other than cultivating and harvesting, and to sell cannabis,” the firm said in a statement.

The suspension directly affected a decision by the Alberta Gaming, Liquor and Cannabis Commission (AGLC) to return C$1.3 million worth of CannTrust product back to the producer.

A spokesperson for the provincial agency told the Investing News Network, “(The AGLC) would consider stocking CannTrust product in the future should Health Canada reinstate its license.”

Alberta joins Ontario, which previously made the decision to return all of the CannTrust product it had in stock at the Ontario Cannabis Store in August.

Grammy winning singer-songwriter John Legend revealed he will become a spokesperson for PLUS Products (CSE:PLUS,OTCQX:PLPRF) and the firm’s first hemp-derived CBD product lines.

“I have been a believer in the benefits of CBD for some time,” said Legend. “I appreciate that they’re committed to setting a high standard within an industry that has to date been fairly unregulated.”

The company built its reputation with the sale of cannabis edible products in California. Now the firm is looking to expand its product availability with hemp-derived CBD product lines.

This new partnership is also tied to an endorsement from Casper Sleep, an online mattress seller, for PLUS’ new melatonin and CBD-infused SLEEP line of products.

In a note to investors, Canaccord Genuity wrote that the company’s tetrahydrocannabinol (THC) products may receive enhanced awareness thanks to the broader options from the CBD line.

Bruce Linton, co-founder and former CEO of Canopy Growth (NYSE:CGC,TSX:WEED), is getting ready for his return to the cannabis market. This past trading week, shares of Better Choice Company (OTCQB:BTTR) spiked after it informed investors Linton will become a special advisor to the CBD firm.

Progress comes as like-minded people push forward together. In that spirit, kudos are due to Bruce Linton today as he starts his next chapter in the cannabis sector. #FutureGrowth

“I look forward to working closely with the Better Choice team to solidify its global expansion plans, identify other strategic opportunities that will increase shareholder value and expand my role at the company in the future,” Linton said.

Multi-state operator Cresco Labs (CSE:CL,OTCQX:CRLBF) will expand its presence in Nevada and Arizona thanks to a new US$282.5 million acquisition plan.

The company plans to buy certain assets from Tryke Companies, including six stores under the Reef Dispensary name. “With significant in-state populations and tourist traffic, Nevada and Arizona were key near-term targets for expansion,” Charlie Bachtell, CEO at Cresco Labs, said in a statement.

In the lead up to the launch of edibles and infused products, a variety of cannabis companies have been racing to get their offerings ready for the launch of these new novelty items. Case in point: RavenQuest BioMed (CSE:RQB,OTCQB:RVVQF) created a joint venture for the development of a line of THC and CBD tea drinks.

“As Canada’s legalization of edibles and beverages draws near, specialized tea is a great initial foray into the beverage segment because many recreational stores have limited space for bottled inventory,” said George Robinson, CEO of the company.

Edible products will become legal in Canada on October 17. However, customers won’t be able to purchase these products until mid-December, according to Health Canada.

Editorial Disclosure: Valens GroWorks is a client of the Investing News Network. This article is not paid-for content.