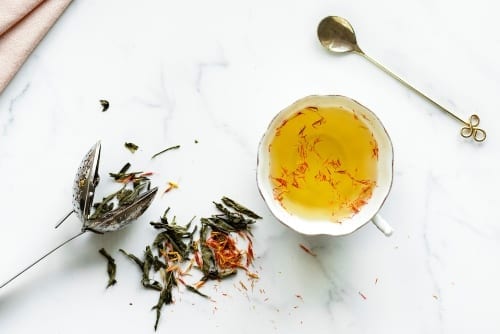 The cannabis beverage space is welcoming new players ahead of the legalization of edible and infused products in Canada next month.

RavenQuest BioMed (CSE:RQB,OTCQB:RVVQF) announced on Monday (September 16) it signed a joint venture agreement with the BC-based Not-So-Gentle Tea Company to develop a line of tetrahydrocannabinol- (THC) and cannabidiol-infused (CBD) tea products to be sold in Canada.

In a press release, RavenQuest CEO George Robinson said his company plans on leveraging Not-So-Gentle’s established brand with the engagement from the company’s existing customer base.

“As Canada’s legalization of edibles and beverages draws near, specialized tea is a great initial foray into the beverage segment because many recreational stores have limited space for bottled inventory,” Robinson said.

The executive added the lines of THC- and CBD-infused teas will offer consumers a “discreet” way to access cannabis beverages.

The BC-based licensed producer currently has production facilities in Markham, Ontario, and Edmonton, Alberta, the former of which received the company’s first cannabis sales license from Health Canada in May this year.

BevCanna Enterprises (CSE:BEV) also announced a move into the cannabis-infused drink space on Monday. The BC-based cannabis beverage company said it was entering a supply agreement with Nextleaf Solutions (CSE:OILS,OTCQB:OILFF) to access the company’s portfolio of high-quality cannabinoid-rich distillates.

Nextleaf is giving BevCanna exclusive rights to use its water-soluble cannabinoids to develop and sell branded BevCanna products as well as drinks made for third parties.

RavenQuest and BevCanna are joining the likes of Zenabis Global (TSX:ZENA) and Dixie Brands (CSE:DIXI.U,OTCQX:DXBRF) in the cannabis beverage arena.

Zenabis announced in August it signed an agreement with an undisclosed Canadian beverage technology company to be supplied with water-soluble marijuana-infused inputs.

Dixie Brands also came out with a partnership between itself and drink maker AriZona Beverages to create a line of THC-infused beverages last month.

Last week, The Alkaline Water Company (NASDAQ:WTER,TSXV:WTER) teamed up with another bottled water firm ahead of the launch of several CBD-infused product lines, including CBD-flavored water.

Cannabis drinks are setting up to be a lucrative space in the industry. A June report from Deloitte projected the cannabis-infused beverage market could rake in C$529 million in Canada. Globally, the cannabis drinks market is expected to reach US$4.46 billion by 2025, according to a report from Zion Market Research.

While edible products are set to be legalized next month, customers won’t be able to purchase them until mid-December, according to Health Canada.

Editorial Disclosure: BevCanna Enterprises and Nextleaf Solutions are clients of the Investing News Network. This article is not paid-for content.