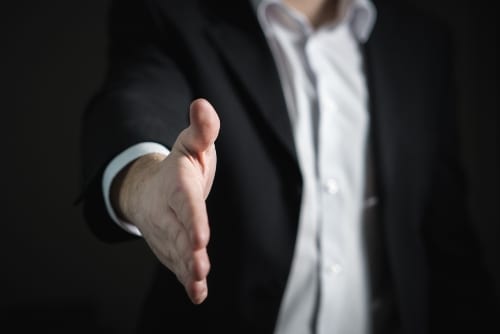 During the past trading week (December 9 to 13), a major Canadian cannabis firm locked down a permanent leader months after it fired its original CEO.

A marketing executive spoke about the regulatory headwinds that could hinder Canadian cannabis firms as they attempt to build brands in the country, and WeedMD (TSXV:WMD,OTCQX:WDDMF) further clarified its goals for the surprising acquisition and financing deal it announced last month.

At the start of the week, Canopy Growth (NYSE:CGC,TSX:WEED) finally chose a new CEO with the appointment of Constellation Brands (NYSE:STZ) executive David Klein.

Aside from his role as executive vice president and CFO at Constellation, Klein also serves as the chair on Canopy Growth’s board of directors.

“I look forward to working with the team to build on the foundation that has been laid, to develop brands that strongly resonate with consumers, and to capture the market opportunity before us,” Klein said.

From the beginning of the week to market close on Thursday (December 12), Canopy Growth shares rose 9.3 percent in Toronto.

Canada’s strict rules against promotion and endorsement of products in the cannabis space have proven to be a barrier for businesses interested in building brand recognition.

One marketing expert says, however, that the laws laid out in The Cannabis Act reinforce the need for effective marketing strategies in the Canadian marijuana market.

Rebecca Brown, CEO of cannabis marketing firm Crowns Agency, told the Investing News Network (INN), “(The rules highlight the need) to understand who the consumer is, what their barriers are, what their needs are and how they want to be educated and informed.” She said that companies can then use that information to lead marketing campaigns while maintaining compliance.

Brown said a targeted marketing approach will help firms get the most out of their brands, but since the industry is still young she hasn’t seen too many standouts just yet.

“WeedMD is currently focused on scaling production and closing the Starseed acquisition, along with securing the capital investment that is part of the transaction,” Merker told INN in an emailed statement. “Once complete, we’ll be starting 2020 on a fully funded, financially stable footing, especially as the company moves towards generating positive EBITDA in 2020.”

The announcement of the deal and funding, which came in late November, accompanied the firm’s quarterly results and was followed by a mixed reaction from the stock market.

Merker told INN he thinks the volatility came as a result of the company’s packaging of all the news, and he hopes investors will “recalibrate” their opinion of WeedMD with its strengthened position in the recreational market and its newfound access to Starseed’s insured medical cannabis channel.

CannTrust Holdings (NYSE:CTST,TSX:TRST) said this week it could get booted off the New York Stock Exchange because of its low share price.

The company said it received a notice from the exchange stating that since its share price has dipped below the US$1 requirement to list, it now has six months to get its market value over the price threshold for at least 30 days in a row or risk delisting.

Ontario plans to scrap the cap on the number of retail cannabis stores in the province.

In a news release sent out on Thursday (December 12), Attorney General Doug Downey said the province plans to “open the cannabis market as responsibly as possible.”

“We have said all along that opening more legal stores is the most effective way to combat the illicit market, protect our kids and keep our communities safe. That is our number one priority,” he added.

Finally, on Wednesday (December 11), MedMen Enterprises (CSE:MMEN,OTCQX:MMNFF) told investors it has laid off 20 percent of its corporate staff. MedMen said it has “strategically reduced its corporate headcount” by over 40 percent in the last 30 days, representing savings of about US$20 million in annual salary payments.