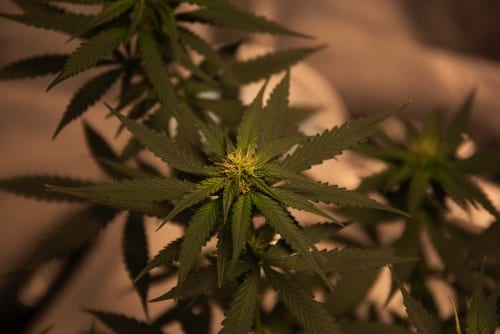 WeedMD CEO Keith Merker said the firm is currently focused on closing its acquisition of Starseed and on scaling up production.

Shares of WeedMD (TSXV:WMD,OTCQX:WDDMF) jumped last week after a dual financing and acquisition announcement on November 29. Now the company says it is looking to move forward on “financially stable footing” in 2020.

The Ontario-based firm shocked investors with the simultaneous release of its results for the third quarter and its plans to acquire Starseed Holdings in an all-stock, arm’s length deal valued at C$78 million. Along with the acquisition, WeedMD also got its hands on a C$25 million equity investment from the Laborers’ Pension Fund of Central and Eastern Canada, Starseed’s largest backer.

In an email statement to the Investing News Network (INN), Keith Merker, CEO of WeedMD, said the firm is currently focused on closing its acquisition of Starseed, set to be completed sometime in December, and on scaling up production.

The influx of cash comes at a notoriously difficult time for cannabis companies, which are struggling to find capital while dealing with volatility across the sector.

“We’re fortunate that the timing has provided us with a relatively risk-free and creative way to inject fresh capital into our business,” Merker told INN, adding that the firm has no other plans to look for capital for now, since it currently boasts a pro forma cash balance of about C$56 million.

Starseed has a partnership with Canada’s largest construction union, the Laborers’ International Union of North America (LiUNA), through which it offers medical cannabis as a fully covered benefit to LiUNA’s more than 100,000 members and retirees.

WeedMD’s initial double-barreled announcement, and the resulting investor confusion, prompted Merker to write an open letter discussing the headwinds that led the company to its deal with Starseed and its newfound financing.

“Capital has become scarce and expensive, and the adult-use market has been slower to ramp and at thinner margins for licensed producers than many originally anticipated,” Merker told investors in the letter. “These market pressures have forced us, like many others, to reevaluate our business.”

The “arm’s length” part of the deal comes from WeedMD’s longstanding relationship with Starseed as a supplier, Merker said, adding that WeedMD has been in talks with Starseed for a more permanent partnership for some time.

As a part of its results for Q3, WeedMD reported an expected outdoor yield of 8 tons of dried cannabis, which came in under its anticipated weight. Merker attributed the lower yield to inexperience with outdoor growing during an earnings call with investors and analysts.

Revenue generation also missed expectations for Q3 at C$6.7 million, down from the nearly C$8 million in Q2 of this year.

Merker chalked up the volatile market reaction to the timing and packaging of the transaction, the quarterly results and the yield that missed the mark. Now, he said, he expects investors will “recalibrate their investment thesis” and consider WeedMD’s augmented position in the recreational cannabis space and new access to the insured benefit channel for medical cannabis.

“Starseed brings a critical part of this business equation that has been difficult for the market to find: consistent, sticky distribution channels with direct access to fully covered and insured patients,” said Merker during the earnings call.

Despite the mixed bag of news from the company, Merker said the transaction is a crucial part of WeedMD’s continued growth.

“The benefit to both WeedMD and Starseed is that we are now providing Starseed’s patients with a consistent supply of medical-grade cannabis. And since we’ll be one company, we don’t envision that much of a transition will be required,” Merker told INN.

Shares of WeedMD took a dip over the trading session on Tuesday (December 10), falling just over 3 percent during the trading day.