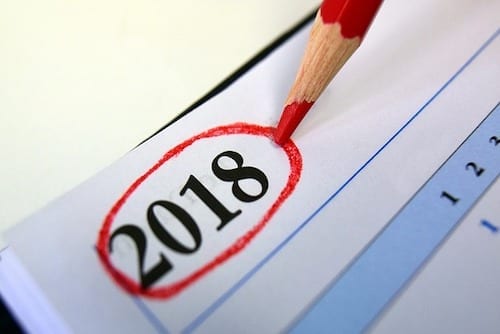 As the year draws to an end, we bring investors a cannabis overview covering significant events from 2018 for the public markets.

The continued prevalence of mergers and acquisitions (M&A) and companies operating in the US raising capital in Canada dominated the conversation for the cannabis public space in 2018.

Over this past year, cannabis players also began to gain traction on bigger platforms and started finding emerging opportunities to add value for shareholders.

From conversations on the true value of cannabis plays, a barrage of new listings in the US and the crucial legalization effect in Canada, here the Investing News Network (INN) brings investors a closer look at the significant trends in cannabis for 2018.

For a recap on the year and a cannabis overview on a quarter-by-quarter basis in 2018, investors can read up on Q1, Q2 and Q3.

After the progress and growth seen in 2017, 2018 started by reminding investors just how quickly things can change in the cannabis space.

A massive downturn in the stock market, led by what was largely attributed to a market correction on valuations and share prices, caused pot stocks to hit new lows across the board.

“Even knowing that marijuana is an emerging sector, I was surprised by the extent of the volatility,” Steve Hawkins, director and CEO of Horizons ETFs, the company behind the Horizons Marijuana Life Science Index ETF (TSX:SEED), told INN.

Brayden Sutton, CEO of 1933 Industries (CSE:TGIF), said this slash in the public sector was “overdue” in order to “keep valuations in check and avoid going further into bubble territory.”

Volatility continued early in 2018 after then-Attorney General Jeff Sessions removed the Cole Memo, a piece of government guidance acting as a pillar of protection for the US marijuana industry.

Market watchers were concerned that the change would open the doors for a potential crackdown on the thriving industry. However, the change in policy ended up being a dud, and did not slow down growth in the US marijuana market.

Sessions stepped down from his role in November, with pot stocks rallying based on his departure.

Tilray, the first Canadian cannabis company to list directly on the NASDAQ without uplisting from Toronto, saw a run up in its share price in September that catapulted the stock to just above US$300.

Due to a limited float of shares, Tilray quickly became a trading asset as opposed to a steady security to purchase. Tilray’s stock chart called into question just how valuable cannabis companies really are.

Thanks in part to its NASDAQ listing and attention in the US marketplace, the company managed to reach a market capitalization of over US$13.5 billion at the height of the rush.

Debate ensued on whether Tilray’s path was beneficial or detrimental to the cannabis public space.

“Tilray’s stock is completely out of control … it’s going to hurt investor confidence in public markets and private markets,” said Nic Easley, CEO of 3C Consulting and a managing partner with Multiverse Capital.

On the other hand, 420 Investor analyst Alan Brochstein wrote that he saw Tilray’s “parabolic spike” as a “big positive.”

Meanwhile, short sellers have become leading players in the volatility seen in 2018 as a whole.

With the goal of betting on the downturn of a stock for profits, short sellers have been pointing out problems or causes for concern for public companies in the sector.

Cannabis stocks have fallen prey to some significant short sellers throughout 2018. Cronos Group (NASDAQ:CRON,TSX:CRON), Aurora Cannabis (NYSE:ACB,TSX:ACB) and Tilray have all been targets of Citron Research.

“Although the hype is big and the prohibition after 100 years is real, it is critical to understand that in the Canadian landscape, there are over 100 licensed producers and there will ultimately be more losers than winners,” an August report from Citron Research shorting Cronos Group to US$3.50 states.

The report caused a 28.41-percent drop in Cronos’ stock price in one day of trading. Cronos’ NASDAQ share price has not reached US$3.50 since the report was made public.

Charles Taerk, president and CEO of Faircourt Asset Management and advisor to the Ninepoint UIT Alternative Health Fund, said short reports will always be out in new sectors where there is a lot of growth and a perceived level of volatility.

Sutton said he had predicted some names in the space would rise so much in profile that they would become the target of prominent short sellers.

A new case of short selling has rocked the cannabis market more recently, as research from Quintessential Capital Management and Hindenburg Research has targeted the Latin American acquisitions of Aphria (NYSE:APHA,TSX:APHA).

The short report led analysts to slash their price targets on the stock and even question if the company has lost the trust of the market.

On October 17, Canada formally enacted the Cannabis Act, a federal bill that brought the legalization of recreational marijuana sales.

While it was celebrated for its significance and importance for the global cannabis space, legalization brought along a decline for the stock market; companies faced challenges in addition to selloff tactics from a portion of the investor audience.

Hawkins said that seeing “that much momentum was a shock” for him during the run up of the stocks and the eventual downturn following legalization.

While praising legalization as the birth of a new industry, Peter Aceto, CEO of CannTrust Holdings (TSX:TRST), admitted there have been challenges for even the biggest LPs.

“There have been a few initial challenges, including a supply chain that is stretched by overwhelming demand,” Aceto said.

Dealing with new government regulations has been a theme of the cannabis market as more countries continue to explore the adoption of cannabis laws.

Chris Naprawa, president of Khiron Life Sciences (TSXV:KHRN), said the biggest challenge of the industry for him has been dealing with regulations.

“Understanding the rules and regulations … you know, things are evolving very, very quickly and you can’t afford to make mistakes on the regulatory side,” Naprawa said.

Due to the company’s operations in Colombia and the newly unveiled Mexican market, Naprawa is aware of how tricky new market rules can be.

Another difficult element for the Canadian cannabis market has been the marketing allowed for companies selling branded products.

Health Canada put in place strict restrictions on the way companies, retailers and promoters of the industry can offer consumers a direct look at products in place.

“We spent a lot of money on branding, we sponsored concerts, events. We can’t do that right now,” Aurora Cannabis CEO Terry Booth said during a panel at the MJBizCon event in November in Las Vegas.

George Kveton, CEO of Invictus MD (TSXV:GENE), told INN that product communication and marketing have been the biggest challenges for him.

“The Cannabis Act outlines strict requirements related to the marketing of cannabis to fulfil a primary goal of keeping cannabis ‘uncool’ and out of the hands of youth (not legal-age adults as defined by each province),” Kveton said.

The executive is supportive of the cause, and added that Invictus “feels an obligation” to educate consumers.

Cannabis overview 2018: M&A and entry of the big players

As the promise of the size and value of the overall cannabis market continues to grow, companies from established marketplaces have started to look at the possibility of gaining a way in.

Rumors of big corporations seeking deals, outright acquisitions and partnerships flooded the public space in 2018 thanks in large part to these companies setting up relationships with cannabis ventures.

Most notably, Constellation Brands (NYSE:STZ), the company behind Corona beer, placed a bet on the industry by investing in Canopy Growth (NYSE:CGC,TSX:WEED) in 2017.

The relationship was heightened this past August, when Constellation added a C$5-billion injection into the Canadian producer. Hawkins called the deal a “validation” for the sector.

“This is an early investment, however one that puts Canopy in the global lead when it comes to brand development and alcohol replacement product,” said Taerk and Doug Waterson, CFO and portfolio manager with Faircourt Asset Management and manager of the Ninepoint UIT Alternative Health Fund.

The Faircourt duo deem the C$5-billion investment the biggest announcement for the cannabis market in 2018 since it confirmed that cannabis is on the radar for large, established businesses.

Dena Jalbert, founder and CEO of Align Business Advisory Services, a firm helping companies with M&A, explained that in most established-player acquisitions of smaller companies, it’s about grabbing “something new that they don’t have and they get to leverage their existing infrastructures.”

When asked about the overall M&A market in 2018, Jalbert said some of the deals were pure geography plays where companies acquired assets in different locations.

Cannabis overview 2018: Canadian and American markets closer than ever

Despite their differences in restrictions and versatility in the open markets, Canada and the US have never been closer when it comes to the cannabis space.

On one side, there are several LPs pursuing legitimacy and a bigger stage for the growth of these companies through US-based public listings.

Four TSX-listed Canadian LPs have NYSE or NASDAQ listings now, and at least two more have expressed interest and plan to follow suit.

“American investors like to buy American securities listed on the [NYSE] or NASDAQ,” Taerk said.

While these companies pursue US listings they still can’t actually enter the US cannabis market due to the federal status of the drug.

Meanwhile, Canada has become the listing home for Canadian cannabis companies targeting the US market.

Operators of multiple assets scattered across the different states with marijuana-friendly policies have popped up in the public market and in the minds of investors throughout 2018.

These companies are raising capital on the Canadian Securities Exchange (CSE), a smaller listing house in Canada that has elected not to block US issuers despite the unclear status of the drug.

At a federal level, cannabis and its business remain illegal, and the drug is a scheduled substance under the Controlled Substances Act.

However, several states have voted in favor of policies to allow a marketplace to be created.

Due to this dispute between the two levels of government, the TMX Group exchanges have elected to not allow any US operations for their issuers, while the CSE has opened its doors to the business.

“Canadians are leading the capital market race,” Kevin Murphy, CEO of Acreage Holdings (CSE:ACRG), a recently public company on the CSE, said during a panel at MJBizCon in Las Vegas.

Cannabis investors have matured and have started to challenge where exactly the value is for the companies being hyped in the nascent industry.

Aspects such as branding and retail have picked up in appeal to investors and analysts.

“The global cannabis industry is accelerating but the market stills seems focused on farming and oversimplified capacity based metrics,” wrote Daniel Pearlstein, an analyst with Eight Capital, in January. “We encourage investors to think broader and think of cannabis as an ingredient.”

Overall 2018 has shown investors a cannabis public market that keeps growing and gaining sophistication in the pursuit of legitimacy.

Editorial Disclosure: 1933 Industries, Khiron Life Sciences, Invictus MD is a client of the Investing News Network. This article is not paid-for content.