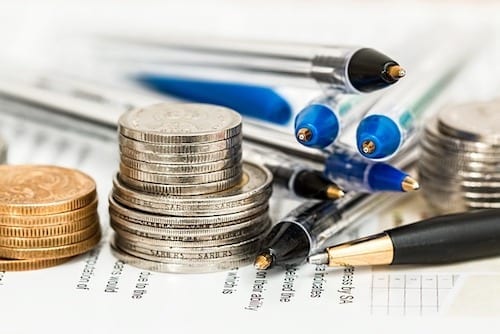 Data from Quintessential Capital Management and Hindenburg Research alongside comments from its founder Gabriel Grego on Monday called into question the path of the company and the value of its recent acquisitions in the Latin American market.

In the report, the firm states that the research makes it believe that “Aphria is part of a scheme orchestrated by a network of insiders to divert funds away from shareholders into their own pockets.”

Grego states that research has made it possible for him to think Aphria has spent over C$700 million on assets that Quintessential Capital deems “of almost worthless value.”

The game is they seem to go out, buy themselves very cheaply some companies in emerging markets and then sell them again, first to Scythian [Biosciences (CSE:SCYB)] and then to Aphria for gigantic valuations and we believe this has not been disclosed properly to investors.

On the TSX the company closed at a decrease of 27.69 percent, while on the NYSE it was rocked with a 23.42-percent drop. During after-hours trading the stock continued its drop with an additional 5.62-percent decline.

In response, Aphria told the Investing News Network the allegations from the report are “false and defamatory.”

“The Company is preparing a comprehensive response to provide shareholders with the facts and is also pursuing all available legal options against Quintessential Capital,” said spokesperson Tamara MacGregor.

Aphria also released a statement on Monday cautioning investors about “misrepresentations and distortions” in the report.

“Aphria believes [the report] is a malicious and self-serving attempt to profit by manipulating Aphria’s stock price at the expense of Aphria’s shareholders,” the company said.

In response, Quintessential Capital tweeted that the statement doesn’t clear any of the allegations raised. “We stand by our report with 100 [percent] conviction.”

In September, Aphria closed a transaction acquiring the Latin American assets of Scythian as it sought to establish its presence in the market.

“This acquisition firmly cements Aphria’s leadership in the region and on the global cannabis stage,” Vic Neufeld, CEO of Aphria, said at the time.

According to Aphria, the transaction for ownership of a stake in Colcanna, ABP, Marigold Projects Jamaica and an undisclosed Brazilian entity was priced by “the assumption” of an existing US$1-million debt bill combined with the issuance of 15,678,310 common shares of Aphria.

The transaction was funded by the assumption of US$1 million of existing LATAM Holdings debt, with the remaining consideration funded by the issuance of 15,678,310 common shares of Aphria.

Short sellers in the public market will become the center of a new review from the Canadian Securities Administrators (CSA).

Last Thursday (November 29), the Financial Post reported the CSA will be kicking off a review project on “the nature and extent of abusive short-selling in Canadian capital markets.”