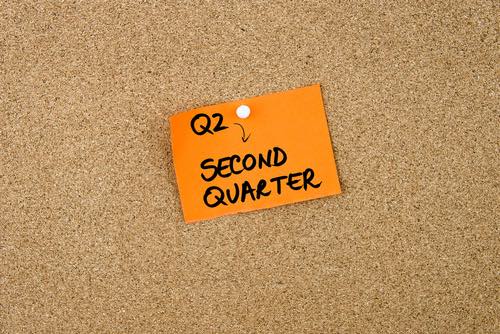 Consolidation and maturity were trends seen in the cannabis space during the second quarter of 2018.

Following a first quarter of highs and lows in the public space, Q2 managed to find some stability for cannabis stocks and even some excitement as legalization in Canada is closer to reality.

After a severe market correction felt around the cannabis markets with Canadian cannabis stocks, Q2 offered a more clear path as the industry continues to mature and Canadian banks continue their entry into the space.

Cannabis investors are becoming more savvy and established financial institutions are starting to offer new standards for the market, where licenses or proposed production facilities won’t cut it alone.

Here the Investing News Network (INN) offers cannabis investors with an update on the significant developments during the second quarter of 2018. For what happened in Q1 2018, click here to read our first quarter cannabis update.

After a back and forth with the Canadian Senate on conditions for the bill, officially Bill C-45 also known as the Cannabis Act, managed to pass deliberation and obtain Royal Assent in June. The act will become law in Canada later this year on October 17.

Canadian Prime Minister Justin Trudeau confirmed the date of legalization was pushed back, which was originally projected around September, due to the provinces and territories requesting more time to properly set up their retail and online models.

“Canada’s capital markets have benefited substantially from foreign money coming into the country, specifically for investment in the cannabis space,” Marc Adesso, a lawyer with a cannabis law focus at Waller Law told INN.

“In my view, full, recreational legalization will only accelerate this movement of funds into Canada.”

Kenneth Sam, partner at law firm Dorsey & Whitney and a member of the firm’s Canada cross-border practise group told INN the passing of this bill cemetend the development of a market with “ground floor opportunities for businesses and governments to emerge as leaders in the industry.”

Cannabis Q2 2018 update: CSE stocks and focus in the US market

A new trend seen throughout the voice of opinions in the market was the recognition of value and potential for cannabis stocks with operations in the US raising capital in Canada, through the Canadian Securities Exchange (CSE), as the TMX Group operated exchanges still prevent these companies from listing.

This newfound momentum for these stocks can be largely attributed to the evolving sentiment towards legalization in the US from politicians, according to Barrington Miller, director of listed company services for the CSE.

Another CSE official, director of listings development Anna Serin, explained at the Vancouver edition of the International Cannabis Business Conference (ICBC) of the nearly C$2 billion raised by CSE listings over the past 12 months, 58 percent of it is in cannabis.

“One of the biggest concerns from people listing with us was our liquidity. The cannabis sector has shot us through the roof and put us on the map,” Serin said.

During the second quarter of 2018, cannabis investors obtained a variety of new options for exposure into different companies seeking to raise public capital.

An eagerly awaited new company joining the public markets by investors is Tilray, a cannabis producer that confirmed its IPO on the Nasdaq Global Markets in June. Tilray was later valuated at C$1.5 billion for its IPO with an initial price between CA$18.40 to CA$21.00 per share.

Arthur Kwan, CEO and co-portfolio manager for CannaIncome Fund and managing partner with Athena Capital Advisors, told INN even though it seems a new cannabis company is launching in the public markets each week, investors should still fully investigate new picks.

“Determine whether it is a real sustainable businesses that can be achieved and whether its a short term revenue because right now feels like there’s a lot of… grandeurs-ist tweets about various cannabis companies,” Kwan warned.

In an effort to increase the exposure available to investors, Horizons ETFs Management announced the proposal of three new inverse and inverse leveraged ETFs focused on cannabis.

The new ETFs will all use the Solactive Canadian Marijuana Companies Index as a measuring point of comparison for their daily performance.

These new funds will offer investors a path to riskier gambles with higher short-term returns. According to Steve Hawkins, president and co-CEO of Horizons, explained if used appropriately, inverse marijuana ETFs can lead to an easier path of exposure in the sector.

Cannabis Q2 2018 update: licenses are not enough in the public market anymore

The hype surrounding the public cannabis industry had been on the rise since the promise of legalization and several market data indicating a billion dollar industry was available.

As the market has matured, production numbers from public producers are no longer enough to create a buzz in the public sector. Business plans have become more complex and, as exports begin to take place from Canada into other legal cannabis markets, investors demand more information from their stock picks.

Valuation metrics haven’t been able to tell the entire story on cannabis companies so, as explained by Charles Taerk, president and CEO of Faircourt Asset Management, cannabis investors should look at the ability of their companies to execute.

This must be done in a balance of short and long term challenges for cannabis companies, according to Taerk. “Growth with negative earnings isn’t a sustainable business model and at some point companies may be penalized for lack of progress on key financial metrics,” he said.

Analysts and experts in the industry have used metrics such as revenue, earnings before interest, tax, depreciation and amortization (EBITDA) and EV (enterprise value). However, retail aspects like branding are starting to gain popularity among investors, aside from production capabilities.

Branding specifically has picked up as new key metric on which cannabis investors can evaluate public companies. Questions such as how recognizable a company’s brand is and what efforts the management team is taking to reaching a wider audience are starting to become the norm.

As the legal market opens in Canada, consumers will be hit with a variety of product options from several companies all fighting for their money.

Another competitor for legal producers remains the illicit market, as the government regulations have stated that novelty cannabis products such as edibles, vaporizers or infused items will not be available to the legal market on October 19.

The stock for GW, a massive company with a valuation of over US$4 billion, jumped on the approval 1.21 percent equaling a US$1.75 gain per share for investors. The company experienced a peak of momentum for its stock leading up to the official approval.

This approval represents a major swing in the sentiment towards cannabis-based medical therapies, with FDA commissioner Scott Gottlieb even writing the agency will seeks to support “rigorous scientific research on the potential medical uses of marijuana-derived products.”

Taerk told INN the importance of this announcement relates to the potential ramifications it will have on the status of cannabis in the US.

Experts had predicted a vast opportunity for mergers and acquisitions in a way that could complement existing companies as the market continues its growth.

Aurora Cannabis (TSX:ACB) has paved the way in terms of blockbuster acquisitions so far in 2018. During the second quarter, the company decided to pull the trigger on a C$3.2 billion deal for MedReleaf (TSX:LEAF) in May.

Gordon told INN she sees these mergers as positive aspect of the space.

“[Large cannabis companies] are trying to ensure their companies are actually going to hold their valuation or at least move up to the valuation,” Gordon said.

During May’s Lift Cannabis Expo in Toronto Aaron Salz, CEO of Stoic Advisory, told INN he sees a lot of these new deals as synergistic ways for companies to cover holes in their respective business plans.

Taerk told INN cannabis investors should be aware of the current production capacities of public LPs eyeing to enter the boom of retail cannabis sales for adult-use.

He also reminded investors to know if their picks will be able to restock supply once “provincial distributors require additional product” after an initial supply.

So far 2018 has established a trend of sophistication for the cannabis ventures available to investors. New challenges are appearing as legalization approaches and investors will have new metrics to evaluate picks once adult-use sales begin.Investors have a lot of hopes and money tied into a market that is now projected to create C$4.34 billion for recreational sales during 2019 by research firm Deloitte. The Canadian Imperial Bank of Commerce (CIBC) also expects to see nearly C$6.5 billion in retail sales by 2020.

Editorial Disclosure: The Green Organic Dutchman is a client of the Investing News Network. This article is not paid for content.