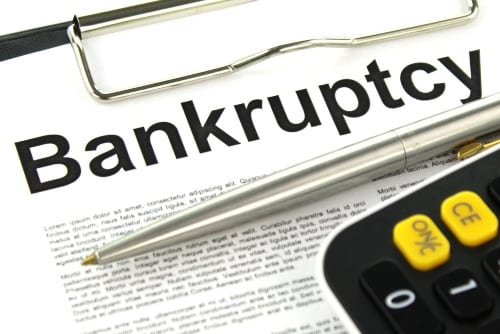 Analysts have said a new reality of consolidation and possible bankruptcies could drastically change, and narrow, the layout of the market.

The emerging cannabis space was, for a time, the image of an investing success story, complete with high valuations and even higher expectations.

After a taxing summer of illegal growing scandals, disappointing earnings from industry giants and reduced guidance numbers, though, investor excitement about the cannabis space has waned.

Now, post-bubble-burst, analysts have said as the stronger players begin solidifying their place in the industry, a new reality of consolidation and possible bankruptcies could drastically change, and narrow, the layout of the market.

“Consolidation is going to be a very big theme, likely, in 2020,” said David Kideckel, an analyst with AltaCorp Capital, in an interview with the Investing News Network (INN).

Kideckel added that a number of companies have missed not only analyst estimates but internal estimates as well and some are quickly burning through their reserves of cash.

This could mean what were once highly valued companies can now be purchased at a healthy discount by firms hunting for deals.

This valuation drop has already begun to affect merger deals in the US, Kideckel told INN, since valuations are significantly lower than what they were just earlier this year.

One such deal, US-based Cresco Labs’ (CSE:CL,OTCQX:CRLBF) purchase of Origin House (CSE:OH,OTCQX:ORHOF), was recently lowered from its original terms.

The deal — once called the “largest-ever public company acquisition” by Cresco Labs — is now moving forward with a non-brokered financing from Origin House to “strengthen the balance sheet of the combined company,” Cresco Labs said.

While the deal faced federal scrutiny from US regulators, the term adjustment served as a signal for the changing landscape in the industry.

A part of this struggle has been a lack of capital. During a recent webinar event, Charles Taerk, president and CEO of Faircourt Asset Management, said, “The credit facilities and the equity markets have dried up.” This puts smaller cannabis players in a difficult situation.

Fundamental Research cannabis analyst Colin Tang said to INN in an email that another key factor in the ongoing slump in the industry has been the pricing pressure for product.

Since cannabis is a commodity, firms with little to no control of their cost base are at risk of being wiped out, said Tang, a phenomenon that could impact the smaller cannabis companies in Canada the hardest.

“As the Canadian cannabis industry matures, investors should expect a material decline in the number of small-scale cannabis producers,” Tang said.

Some experts say that the downward trend in value for the cannabis space isn’t finished falling just yet.

“In terms of thinking about this as a market correction, I don’t think we’re close to the bottom,” said Craig Behnke, an equity research analyst at MJBizDaily’s Investor Intelligence. He said this was mainly because the rush of euphoria that defined the early days of the industry hasn’t been completely wrung out from the markets.

Behnke said he wouldn’t be surprised if the current difficulties facing the industry caused some players to be eliminated.

The Canadian marijuana stock universe has faced a sharp decline in value for 2019, as indicated by the Canadian index tracking leading stocks in the market. 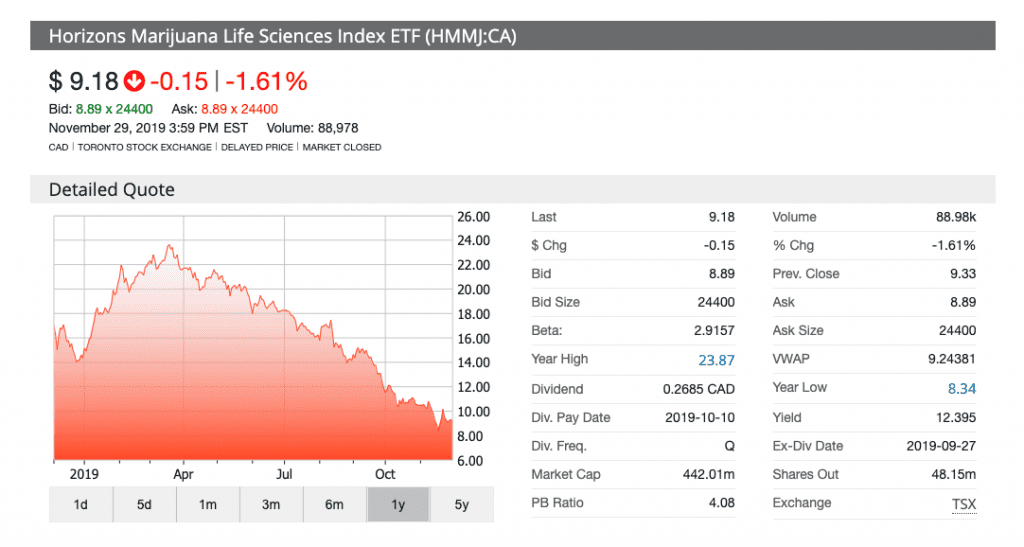 When it comes to the next steps for mergers and acquisitions, it’s a question of which cannabis companies have good assets but an unsustainable capital structure, Mike Regan, a fellow analyst with Investor Intelligence, said.

Regan is also expecting for the current challenges currently seen in the space to not only result in cheap acquisitions and takeovers, but complete industry departures as certain companies get absorbed by others.

“I think you’ll start to see more consolidation and separation as some of the stronger players combine and some of the weaker ones go away,” Regan said.

Behnke said he expects to see companies reduce growth plans and investment targets moving into 2020 that could lead to a rapid shrinking of the sector. “I would suspect that we continue to see more companies either reducing their guidance, perhaps even running out of cash, maybe even a bankruptcy or two,” Behnke said.

Investors have already noticed a variety of Canadian leaders lowering previously shared revenue guidance numbers in the back half of 2019.

Similarly, in the American cannabis market, Behnke expects to see companies that are nearing bankruptcy get scooped up by larger firms at a discount.

From the analyst’s perspective, a wide industry reduction could solve some of the problems currently facing cannabis, namely overcapacity.

According to Behnke’s calculation, over 2 million kilograms of cannabis could be produced annually by the top 11 licensed producers in Canada, while demand currently requires less than 1 million kilograms. A smaller sector could help bridge that gap, he said.

Behnke, like Regan, believes that a shrinking sector, while indicative of an overestimation of durability, could also breathe new life into the cannabis space.

“I do think that some capacity needs to go away,” Behnke continued, “but I also think that there are certain companies that are well run, have great products — they just ran out of capital or time to execute their business plan and somebody will step in and realize that there is a valuable asset there.”

One response to “Cannabis Market To Shrink Amid Industry Struggles, Experts Say”