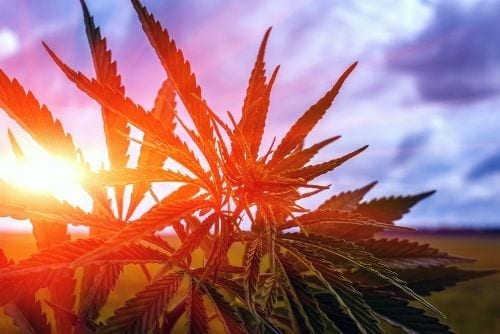 The Quebec-based cannabis firm said lower fourth quarter revenue has caused it to readjust its predictions for the upcoming fiscal year.

Cannabis producer HEXO (TSX:HEXO,NYSE:HEXO) withdrew its 2020 fiscal outlook due to concerns about retail and regulatory conditions in the Canadian market.

HEXO originally reported the company was on track to generate C$400 million in its fiscal 2020 year as part of its Q3 2019 results, issued in June.

But now, the Quebec-based cannabis firm said lower expectations for fourth quarter revenue have caused it to readjust its projections.

The change in the outlook is due to “lower than expected product sell through,” according to HEXO CEO Sebastien St-Louis, who added that this proved to be a difficult decision for the firm.

During a call an earnings call in June, St-Louis told investors revenues in Q4 would be double the almost C$13 million generated during Q3.

Shares for HEXO took a hit on Thursday after the firm retracted its outlook, losing over 20 percent of their value in New York. Prices dropped to US$2.88 at market close from a closing price on Wednesday (October 9) of US$3.68.

This comes after the company’s shares stumbled earlier this week, when HEXO’s former CFO Michael Monahan stepped down from his executive role on Friday (October 4) after joining the management team in May this year. 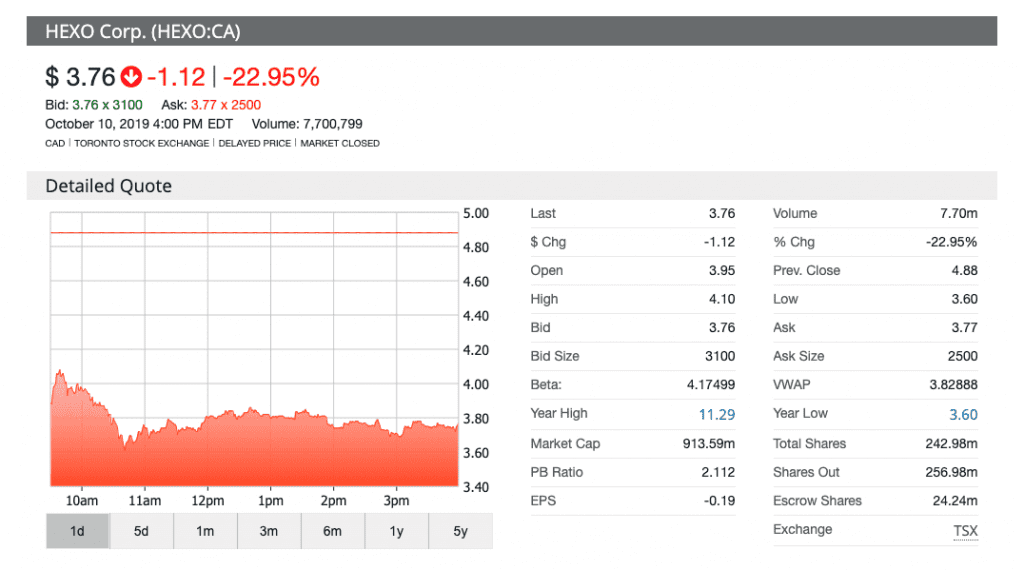 The abrupt departure caused analysts from Bank of America Merrill Lynch to downgrade the stock to a price target of C$4 from C$9.

“Given the uncertainties in the marketplace, we have determined that it is the appropriate course of action. We are also placing a greater focus on profitability. We are evaluating our plans and operations to see where we can be even more efficient,” said St-Louis.

Moving forward, St-Louis said HEXO will be making changes to its sales and operations strategy to drive business and will report its year-end results on October 24.

The company attributed missing the mark to slow retail rollouts and a delay in getting government approval for cannabis-derived products, as well as pricing pressure felt across Canada.

Retail store delays have choked off HEXO’s presence in major markets, limiting its customer base, while ambiguity across Canada’s regulatory system has created a barrier for the availability and variety of cannabis derivative products.

Those obstacles, coupled with the recent season filled with illegal growing scandals, a growing vaping health crisis and big shifts in management — including the firing of Canopy Growth CEO Bruce Linton — have made for a challenging year for the cannabis sector over all.