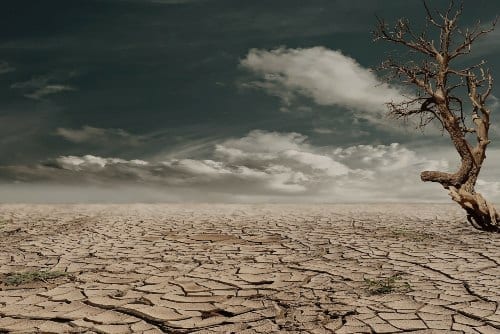 In the early days of the cannabis industry, cultivation companies were the investment darlings.

Now, after a particularly difficult summer, one industry expert says he’s moving away from companies that continue to expand their growing facilities and is looking at firms with more diverse portfolios.

During a webinar with investors on Tuesday (October 22), Charles Taerk, president and CEO of Faircourt Asset Management, said a lack of capital is going to hit pure cultivator plays hard moving forward.

Taerk used the recent funding problems seen by The Green Organic Dutchman (TSX:TGOD,OTCQX:TGODF) as an example of his thesis.

The Ontario-based cultivator told the market this month that it is looking into alternative financing methods after two of its loans fell through, forcing the firm to slow down its projects.

Taerk, who co-manages the Ninepoint Alternative Health Fund, which has exposure to the cannabis market, told investors that other companies in the space could be in the same spot if they don’t diversify.

“This is a situation that many Canadian companies that are either pre-revenue, or (have) very small revenue numbers, are going to be facing because the credit facilities and the equity markets have dried up,” said Taerk during the webinar event.

He added that many of the early players in the space had a first-mover advantage, which gave them more access to capital. But now that there are over 200 cultivation licenses in Canada and investors are more savvy, funding is becoming harder to find for these companies.

Companies with little to no cash flow, a lack of provincial supply agreements and a high cost per gram are in a tricky spot with lenders who may hesitate to invest in firms with high amounts of private debt.

There is also the issue of a rigid environment that prevents branding efforts, plus a current lack of storefronts in Canada.

Taerk explained that the Ninepoint Alternative Health Fund is geared towards companies that operate at near or full capacity and are ready to roll out edible cannabis products in Canada later this year. Faircourt Asset Management is a sub-advisor for Ninepoint Partners, a Toronto-based investment manager.

When it comes to the fund, it favors US-based firms since they tend to not deal heavily in cultivation.

“Because state-by-state operators aren’t having to build millions of square feet (since) they don’t need it by state, they tend to spend capital more efficiently,” Taerk explained. This allows them to invest into the higher-margin sections of their businesses.

It isn’t all bad news for Canadian companies, though. Taerk said that recently there’s been strong quarter-over-quarter growth from extraction companies in Canada, which are set to increase their operations as the country moves into the second phase of cannabis legalization.

Though extractors are quickly becoming the talk of the cannabis space, that hasn’t been reflected in their valuations, something Taerk said is linked to investor sentiment from days past when cannabis firms were lauded on their size and ability to grow the plant.

Though volatility has defined the marijuana sector as of late, Taerk said it’s simply the marking of a burgeoning industry, adding that the recent value fluctuations are nothing new.

The executive said the Alternative Health Fund itself moved both upward and downward by 30 percent on six different occasions last year.

Taerk believes that in the US, increased congressional support of cannabis legalization and the strategic entry of tobacco and pharmaceutical companies will be some of the catalysts for growth in the sector.