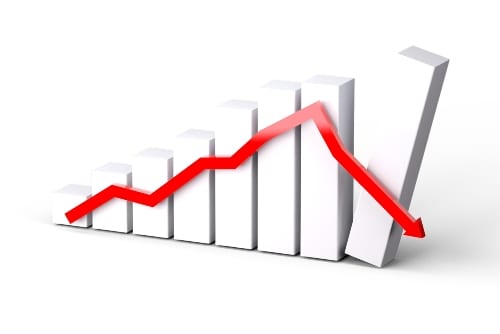 The Edmonton-based company confirmed it will be halting construction of two of its planned facilities to save a total of C$190 million.

Shares of Aurora Cannabis (NYSE:ACB,TSX:ACB) continued to take a beating on Monday (November 18) after the firm announced it is halting the construction of two of its planned facilities to save a total of C$190 million.

Aurora has dropped 29.9 percent since market close on Thursday (November 14), the day it released its most recent quarterly results; it sat at C$3.07 as of 2:44 p.m. EST on Monday.

In its results for its first fiscal quarter of 2020, the Edmonton-based company confirmed it will be stopping construction of its Aurora Nordic 2 facility in Denmark to save C$80 million over the next year.

The company also said it will be indefinitely deferring construction of its Aurora Sun facility in Medicine Hat, Alberta, and will conserve C$110 million in the process.

Aurora Sun was slated to be a 1.2 million square foot facility in the firm’s home province when it was first announced in 2018, and would have brought Aurora’s yearly cultivation capacity to 430,000 kilograms.

The first planting was planned for the first half of 2019, Aurora initially said, and the facility was set to be completed during the second half of this year. Aurora told investors this week that it still expects to have at least six flower rooms totaling 238,000 square feet completed and operating by 2020.

“As global demand develops, or as Aurora’s market share in the global cannabis market increases, we will reactivate these projects,” the company said in a statement.

Aurora is the latest marijuana company to be forced to halt current projects due to cautionary spending tactics in response to current market conditions. HEXO (NYSE:HEXO,TSX:HEXO) also announced it will be suspending activities for the entirety of its facility in Niagara, Ontario, and 200,000 square feet of its facility in Gatineau, Quebec.

Aurora CFO Glen Ibbott said during a call with analysts last week that construction adjustments for both facilities are an effort to more closely align timelines with increasing demand for product.

“These adjustments will result in a significant decrease in our ongoing quarterly level of capital investment,” said Ibbott.

The construction freezes come after the company announced a drop of 24 percent in total net revenue in the latest quarter. It sank to C$75.2 million from C$98.9 million in Aurora’s fourth fiscal quarter of 2019.

Aurora attributed the loss to a decrease in revenue of non-wholesale cannabis and a slowdown of consumer cannabis sales as distributors worked through an inventory surplus over the summer. The firm also mentioned the slow retail store rollout as an inhibitor to revenue generation this quarter.

“The past few months have been challenging for the broader cannabis industry. Between issues of governance, evolving consumer demand and provincial retail bottlenecks, there has been no shortage of negative news,” said Chief Corporate Officer Cam Battley during the call.

He added that the company is still optimistic about the Canadian and international cannabis markets.

Aurora’s revenues missed the mark for analyst expectations. According to financial market data firm Refinitiv, analysts projected C$93.31 million in revenue for this past quarter.

The firm also reported a reduction in production cash cost to C$0.85 per gram, down from C$1.14 per gram in the previous quarter, as well as a cannabis yield of 41,436 kilograms, up 43 percent quarter-on-quarter from 29,034 kilograms.