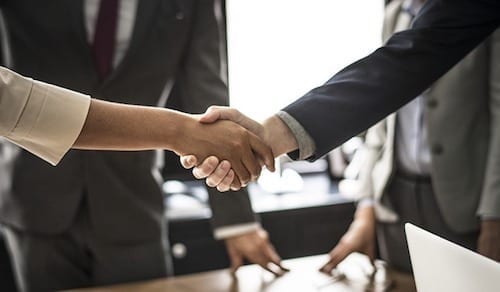 The province signed memorandum of understanding deals on Wednesday (July 11) with cannabis producers and revealed the location of its first government store.

The agency tasked with overseeing the rollout of legal cannabis for adult-use in B.C. announced supply deals with 31 licensed producers (LPs), the most any province has signed for the first year of sales so far.

The Liquor Distribution Branch (LDB) for B.C. revealed on Wednesday (July 11) the initial list of licensed producers with which it had signed memorandum of understanding deals to supply legal cannabis product to the province once the recreational market opens up on October 17.

According to the LDB, the agency will continue to expand its purchasing requirements and “expects to issue a product call to invite additional licensed producers to engage as suppliers, shortly after legalization.”

The agreements were signed specifically with these producers since they “responded to the LDB’s request for information process and are able to supply a sufficient volume of non-medical cannabis upon legalization.”

Viviana Zanocco, LDB spokeswoman, told the Vancouver Sun consumers in the province are sophisticated in their use of cannabis. “Customers are used to having a lot of selection, so we wanted to make sure we have a safe, reliable supply,” she said.

In a June interview with the CBC, the Parliamentary Secretary Bill Blair said the government had been working closely with all levels of the industry and decided the delay the start of recreational sales after getting requests from the provinces.

“B.C. in particular has a lot of work to do and so we listened to the concerns that they raised,” Blair said.

Status of some producers in relation to public companies

One of the selected producers, We Grow BC, came close to being acquired by public company AREV Nutrition Sciences (CSE:AREV). On Tuesday (July 10) after its annual general meeting, AREV determined it would no longer pursue the acquisition of We Grow BC.

The company said no longer acquiring the producer benefited them with “less dilution.” The company also changed its name, pending approval from the Canadian Securities Exchange (CSE), to AREV Brands International. Stock for AREV is currently halted.

Tilray Canada also earned a deal with the LDB through its subsidiary High Park. Tilray has announced its intentions to begin listing its class 2 common stock on the Nasdaq Global Select Market under the ticker symbol “TLRY.”

Following the announcement from LDB, confusion set in as Seven Oaks was listed as one of the producers. However Seven Oaks is not listed in the directory of LPs from Health Canada.

Seven Oaks tweeted a mistake had been made as the producer will act as a brand for its parent company, public LP Beleave (CSE:BE).

It was signed w/ Beleave. Seven Oaks is the product brand.  Not sure why we were listed as signatories.

In a company statement, Seven Oaks confirmed as a brand its products will be available in B.C. through Beleave Kannabis’ deal with the province. Bealeve Kannabis obtained its initial licensing on May 2017.

“Products available in BC will include pouches of 1 [gram] and 3.5 [grams] of flower, while Seven Oaks anticipates having 1 [gram] pre-rolled joints and half-gram pre-rolled packs coming in the future,” the company stated.

Despite a lack of details from a variety of the producers on the amount of product each one will be supplying to the province, Maricann (CSE:MARI) disclosed it will “allocate a minimum of 3,621,900 grams per year to the BCLDB.”

Aphria and Canopy Growth (TSX:WEED; NYSE:CGC) both revealed on Thursday (July 12) how much product they would send to B.C. during the first year of legal sales. Canopy will offer 5,719 kilograms while Aphria will provide 5,000 kilograms.

First retail stores in the province

The LDB also revealed its first retail cannabis store will be located in Kamloops within the Kamloops’ Columbia Place Shopping Centre. In B.C. the plan is to allow private retail shops to co-exist with the government owned and operated cannabis shops.

For its online component the LDB announced in June it had selected Shopify (TSX:SHOP) as its platform for online sales of recreational cannabis products. The online platform is set to create two new websites selling cannabis, one for consumers and the second for private retail shops.

Here’s the complete list of cannabis producers tapped by the province’s liquor board to supply the government run retail stores and the respective public company associated with some producers:

Editorial Disclosure: Beleave, Maricann, Hiku Brands, The Supreme Cannabis Company and Harvest One are clients of the Investing News Network. This article is not paid-for content.