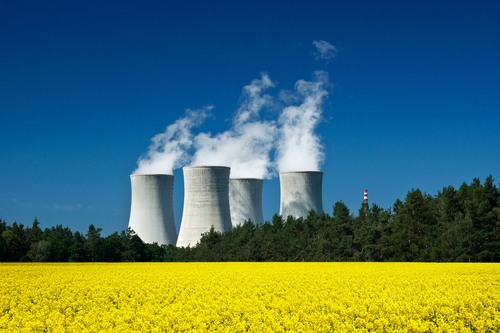 The Athabasca Basin is the best region for uranium exploration in Canada.

The world’s energy future could mean very good things for Canadian uranium exploration. As countries around the world seek to increase energy capacity without raising carbon emissions, governments in developed and developing nations alike are turning back to nuclear power. As of February 2019, there were about 50 nuclear reactors under construction around the world. As global nuclear energy capacity increases, so too does demand for the fuel that makes nuclear energy possible: uranium.

Rising demand for uranium is great news for Canada, because the country is host to the world’s greatest uranium reserve sitting right in the nation’s heartland of Northern Saskatchewan and Alberta. Accounting for 15.5 percent of global annual uranium production, the Athabasca Basin plays a vital role in securing Canada’s place in the future of the global energy market.

Nuclear energy output is growing steadily. According to the International Energy Agency, nuclear generation is set to rise by about 46 percent by 2040 as nuclear increasingly replaces coal and fossil fuel generation. More than 90 percent of that increase will come from China and India as the world’s two fastest growing nations continue to develop and urbanize.

Future supply concerns have added to uranium’s outlook going forward. Kazakhstan, the world’s current top uranium-producing nation, announced in late 2017 that the country would be reducing its production by 20 percent over the next three years.

After a slowdown in 2017, uranium prices began to pick up in 2018, reaching US$27.50 per pound in October 2018 up from US$22.32 in December 2017. That steady increase is expected to continue through 2019, with an increase in global demand driving uranium prices for the foreseeable future.

“The supply-demand dynamic in the uranium market is most definitely different now, with demand quickly impacting the supply side, as funds and even producers go to the open market to secure product to feed long term demand,” Azincourt Energy (TSXV:AAZ,OTC Pink:AZURF) CEO Alex Klenman told INN. “There is every reason to believe the spot price will continue to rise, and, judging by historical precedent, these types of catalysts can result in dramatic price increases.”

The Athabasca Basin is home to the largest reserves of uranium on the planet. Covering about 100,000 square kilometers of the Canadian Shield in Northern Saskatchewan and Alberta, the basin’s surface is made up of about 100 to 1,000 meters of sandstone with high-grade uranium deposits located under the sandstone layer. The Athabasca Basin is known not just for the quality of its uranium but also the quantity, with 10 of the 15 highest-grade uranium deposits in the world located within the basin.

Some of the key deposits within the Athabasca Basin include the Phoenix, McArthur River and Cigar Lake deposits, each containing between 15 and 20 percent uranium. For those involved in uranium exploration in Canada, the Athabasca Basin is an essential region to consider.

Uranium was first discovered in the Canadian prairies in 1934, though the true value of this resource would not be fully understood until a few years later. As the end of the second world war led to the discovery of nuclear energy, however, uranium became an important military and energy resource.

After the war, as the Canadian government began allowing private uranium exploration and production, uranium for energy generation quickly became one of Saskatchewan’s largest exports. In 1968, the first major uranium discovery in the Athabasca Basin was made at Rabbit Lake, which went on to produce 120 million pounds of uranium over 25 years. Since that first discovery, 18 deposits have been discovered in the Athabasca Basin, accounting for more than 1.4 billion pounds of uranium.

As nuclear energy increasingly drives demand for high-grade uranium, companies with assets in the Athabasca Basin could find themselves in an advantageous position. Azincourt, for example, has acquired interests in two highly prospective uranium operations in the region. The company holds an option to acquire a 70 percent interest in the East Preston uranium project, which covers 25,329 hectares of the southwest end of the basin, making it one of the largest tenure land positions in the Patterson Lake region.

With nuclear power taking on a greater role in the global energy landscape, Canada and its uranium producers are positioning themselves to benefit. According to the Canadian Nuclear Factbook 2019, uranium exports bring approximately $1.2 billion into the Canadian economy, and Canada’s uranium production is set to double from its 2012 levels by 2020. With other top uranium nations decreasing production, Canada’s uranium reserves could allow the country to step up and once again become the world’s top supplier. Canadian uranium will be a key asset for maintaining the country’s relevance in energy markets of the future.

In an era that requires low carbon energy solutions, countries around the world are increasingly looking towards nuclear energy to meet demand. As nations begin to embrace nuclear energy, the demand for uranium could similarly rise. When it comes to uranium exploration in Canada, companies developing assets in the Athabasca Basin are positioning themselves to take advantage of the best source for high-grade uranium on the planet.

One response to “Uranium Exploration in Canada: The Athabasca Basin”