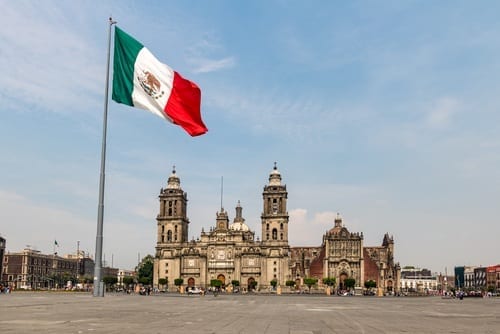 Opportunities for silver exploration in Mexico are massive given the country’s rich geology.

Mexico’s Zacatecas, Sonora and Durango states may have some of the most productive silver mines in the world, but the importance of the silver industry in the country expands far beyond just these three states.

For hundreds of years, silver production has had a major presence in Mexico. Between the 16th century and the 1870s, silver represented 70 percent of Mexico’s total exports. Some silver mines in Latin America’s second largest economy have been in continuous production for four centuries. Mexico produced 5,600 tonnes of silver in 2017, 22 percent of global production, making it the world’s largest producer. The US-Mexico-Canada (USMCA) trade agreement is good news for investors who are seeking some certainty. The agreement is significant as Mexico is a major provider of silver to the US market, accounting for 48 percent of total imports between 2013 and 2016.

Silver has a broad slate of ornamental, industrial and emerging technology applications. A few significant end markets include electrical and electronic components, coins, jewelry and silverware. The global electrical and electronics markets alone consumed 242.9 million ounces of silver in 2017, most notably for the fabrication of semiconductors. In the US, these industries represented 36 percent of domestic demand for silver in 2017.

Silver Viper Minerals Corp (TSXV:VIPR) is a resource company focused on acquiring early-stage projects, increasing their value through exploring and adding to their resource, growing the project to a point where it becomes of interest to senior resource companies.Send me an Investor Kit

In 2017, just 28 percent of the market was supplied from primary mined sources. This represents a 9 percent decrease from 2016. The market is heavily reliant upon lead, zinc, copper and gold for the production of silver as a by-product. Lead and zinc mining alone contributed to 36 percent of global silver production in 2017.

Investors tend to view precious metals like silver positively during economic turbulence. However, Peter Megaw of MAG Silver (TSX:MAG,NYSEAMERICAN:MAG) has suggested that investors’ increased interest in blockchain and cannabis has made silver prices suffer in the last few years, and that there is a lack of understanding among millennial investors of the value of the safe-haven nature of precious metals. The words are timely as a host of uncertainties present serious risk to the global economy, including a sharp increase in trade restrictive measures, European unity issues, Brexit, increasing US interest rates and global debt.

Mexico’s global silver market share is growing despite weak markets in recent years. In 2017, Mexico was the leader for silver production growth at a time when most silver-producing nations faced production declines. The mining industry is thriving in Mexico and is expected to grow 3.3 percent per year and be valued at US$17.8 billion by 2020.

Between 2013 and 2017, over US$25 billion was invested in Mexico’s mining industry, which has been incentivized, in part, by the mining-friendly policies of former Mexican President Enrique Pena Nieto. The administration opened up 22.1 million hectares, or 11.3 percent, of Mexico’s territory to the mining industry. In 2017, over 3,200 mining-related companies were operating in the country, nearly 1,200 of which were foreign owned. In 2015, the mining industry employed over 350,000 workers.

However, changes could be coming. The Mexican national election saw Nieto’s government ousted by Andres Manuel Lopez Obrador and the National Regeneration Movement party, which is seeking to rejig the nation’s mining regulations. This does not necessarily mean the impacts to Mexico’s mining sector will be negative long term. However, mining companies will be waiting to see just what the government decides to do. Clarity, rationality and timeliness of regulatory changes are key factors that companies consider when deciding in what direction to proceed.

Silver exploration in Mexico occurs in several states, including Zacatecas, Sonora and Durango. Zacatecas state is one of the largest silver-producing regions in Mexico, where production is centered, in part, on the rich geology of Fresnillo mine, which has been in operation since 1554. Average silver reserve grades are 240 grams per tonne (g/t) and its milling capacity is 8,000 tonnes per day (tpd), making Fresnillo the world’s largest primary silver producer.

Newmont Goldcorp (TSX:NGT,NYSE:NEM) is also active in Zacatecas with the massive Penasquito polymetallic mine, located in the northeast corner of the state. The site is capable of processing 130,000 tpd of ore and is a major producer of both silver and gold in Mexico.

Further to the northwest in Sonora state, low-sulfidation epithermal gold and silver in quartz stockworks, veins and hydrothermal breccias are common mineralization styles. Argonaut Gold (TSX:AR) operates the La Colorada mine 40 kilometers southeast of Sonora’s capital, Hermosillo. Close proximity to the capital is ideal for access to excellent infrastructure and a skilled workforce. The site produces silver and gold.

Lying in Durango state, SSR Mining’s (TSX:SSRM) past-producing Pitarrilla polymetallic mine is located 160 kilometers northwest of the city of Durango. Pitarilla produced 15 million ounces of silver per year in the first 18 years of production. The company has released measured and indicated resources at 497.3 million ounces of silver averaging 96.7 g/t. Fresnillo’s San Julian (Phase 1 and 2) mines are also located in Durango on the border with Chihuahua. Ore grades will average 137.22 and 158.09 g/t in Phase 1 and 2.

Silver exploration in Mexico is just as busy as the production side, though some companies may be waiting to see what changes the Lopez Obrador administration will be making.

Silver Viper’s (TSXV:VIPR) La Virginia project is located 220 kilometers east-northeast of Hermosillo in Sonora. In December 2018, the company wrapped up its first drill campaign at La Virginia, completing 20 holes for a total 4,753 meters. The program was designed to confirm continuity of known mineralization and test previously undrilled showings. Results from the first five holes have been made public to date, including 12.5 meters of 1.2 g/t gold and 58 g/t silver, as well as 13.5 meters of 1.26 g/t gold and 55 g/t silver. Silver Viper has identified new targets at La Virginia that will be explored in 2019.

First Majestic Silver’s (TSX:FR,NYSE:AG) La Joya silver project is located 75 kilometers southeast of the city of Durango. The deposit is defined as a silver, copper and gold skarn. Phase 1 and 2 drill programs have been completed.

Mexico is among the world’s leading economies and is the second largest economy in Latin America. It has a world-class mining industry, infrastructure and labor force that will carry it well into the future. Silver exploration in Mexico is growing when other regions on the planet are facing a decline. The current exploration trend should bode well for Mexico moving forward as the demand for silver increases.

This article was originally published by the Investing News Network in January 2019.

The information contained here is for information purposes only and is not to be construed as an offer or solicitation for the sale or purchase of securities. Readers should conduct their own research for all information publicly available concerning the company. Prior to making any investment decision, it is recommended that readers consult directly with Silver Viper Minerals and seek advice from a qualified investment advisor.

One response to “Plata Mexicana: Silver Exploration in Mexico”