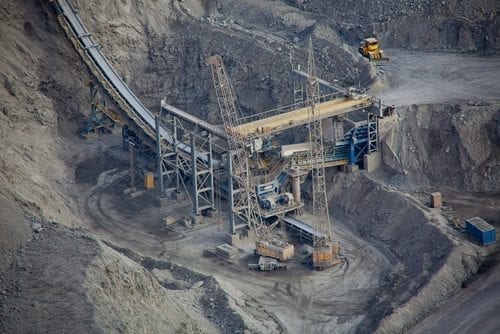 Mexico’s performance as a global leader in gold and silver production extends over centuries, and its mining industry, partly based in Sonora state, now makes up 4 percent of its GDP.

Mexico’s longstanding performance as a global leader in gold and silver production extends over centuries and part of that has taken place in its Sonora state.

Output from Mexico’s mining industry makes up 4 percent of the nation’s GDP and generates over 350,000 jobs. With Sonora state leading the way in production, its viability as a mining hub is undeniable.

The gold standard for mining in Mexico is Fresnillo’s (LSE:FRES) La Herradura mine in the state of Sonora. La Herradura had an excellent last quarter in 2017, producing 117,891 ounces of gold and 172,000 ounces of silver. With over 1,200 employees, nearly 400 contractors and over 20 years in operation, La Herradura is symbolic of Sonora’s longstanding profitability.

Silver Viper Minerals Corp (TSXV:VIPR) is a resource company focused on acquiring early-stage projects, increasing their value through exploring and adding to their resource, growing the project to a point where it becomes of interest to senior resource companies.Send me an Investor Kit

From the moment of their arrival on Mexican soil in the 16th century, the Spanish, who extended their empire across Latin America, pursued its gold reserves ferociously. While Jesuit padres came ashore and found many potential converts, Hernan Cortes, commander of the conquistadors, acted upon the empire’s need for gold to finance adventures abroad.

Once the Spaniards’ industry and modern mining processes were introduced to the Americas, gold and silver would be shipped across the ocean to satisfy Europe’s tremendous appetite for metals. Extraction would eventually be increased to non-precious metals such as coal and copper over the length of Spain’s 300-year rule. Between the 1570s and the 1630s, the first American silver boom saw Mexico’s mining exports overshadowed by production in Upper Peru, which provided Spain with 65 percent of all bullion taken from the New World.

Today, Mexico is the world’s largest supplier of silver and was ranked as the eighth-highest producer of gold in 2017. In 2015, the states of Sonora and Zacatecas combined to make up 55 percent of the country’s aggregated mining GDP, while 11 percent of the country’s total territory is currently approved for mining operations to facilitate further investment activity.

Mexico’s incumbent president, Enrique Peña Nieto, released a statement in 2017 recognizing the importance of mining activity on Mexico’s economy, which ranks the resource sector as the fifth-biggest generator of foreign currency nationwide. Between September 2016 and June 2017, Peña Nieto’s government even subsidized training and technical assistance to small- and medium-sized mining companies interested in Mexico’s resources, while officials visited multiple mining conferences between 2016 and 2017 as a way of approaching foreign investors and hastening the development of operations in Mexico.

Companies like the Canadian exploration-stage company Argonaut Gold (TSX:AR) are exactly the kind of international players Mexico is courting. Argonaut Gold’s La Colorada mine in Sonora is still expanding, with the company planning on investing between US$17 million and US$18 million in 2018 to expand the mine’s northwest leach pad and to transition all mining operations to its El Creston pit by the end of 2018’s first quarter.

Mining operations in Sonora state are supported by excellent infrastructure, including an effective water and power supply system, high-grade access roads, a trained labor force and support vendors. Additionally, climate conditions permit operation over the course of the entire year. Situated in a state with such a mining-friendly climate, many companies find their operations are unlikely to suffer supply constraints or logistical issues.

Another company that benefits from Sonora state’s strong mining infrastructure is Silver Viper (TSXV:VIPR) and its La Virginia project, which sits 220 kilometers east-northeast of Hermosillo, the state capital. Firmly set within the Sierra Madre Occidental, the project is in a highly sought-after region with rival operations to the northwest and the southeast. The company has signed letters of intent for 100-percent ownership of two separate groups of claims for a total of nearly 36,000 hectares and approximately 40 kilometers of prospective strike.

Silver Viper’s La Virginia project contains low-sulfidation epithermal-style gold and silver in quartz stockworks, veins and hydrothermal breccias, which are strongly controlled by the regional north-northwest trend. The style of mineralization is common in the Sonora state. Historical underground workings at La Virginia reveal mineralized zones within dilationary bends along the target structures can achieve true widths of up to 20 meters. Untested anomalous gold and silver occurrences have been identified along the regional trend and await further exploration.

The property’s historical dataset, including logging and geochemical assays from nearly 53,000 meters in 188 holes drilled, is currently undergoing verification. Information on La Virginia’s reconnaissance geochemistry and mapping is also being reviewed. Core samples from the property’s previous owners are available to Silver Viper, located in a secure storage facility. Data includes 13.69 g/t gold equivalent at 23.5 meters grading and 6.14 g/t gold equivalent at 15 meters grading; true widths were not disclosed by the previous owner. Exploration plans for 2018 involve regional exploration and surface sampling, with diamond drill testing anticipated by mid-2018.

Also within the Sierra Madre Occidental, 220 kilometers east of Hermosillo, is Alamos Gold’s (NYSE:AGI) Mulatos mine. Mulatos is located 300 kilometers from the American-Mexican border and consists of nearly 29,000 hectares of mineral concessions. By 2016, the mine had produced approximately 1.7 million ounces of gold since production began in 2006. Mulatos was initially designed as a 10,000-tonne-per-day operation, but expansions throughout the site have since increased that amount to 18,000 tonnes per day as of 2016.

Market uncertainty over gold has meant Mexico has seen fewer mining sites open in recent years, with the nation’s gold output declining from 135 MT to 125 MT in 2016. That being said, there is still cause for optimism, represented in the current production and exploration endeavors still taking place in the country. Factors such as a precious metals price surge in 2017 have led to estimations that investment in Mexican mining will total US$5 billion in 2018.

Sonora state is well placed to benefit from an expected uptick in mining investment in 2018, coupled with a global rise in the price of precious metals. Thanks to mining-friendly policies enacted by the Mexican government, and continued interest from foreign mining companies, the nation’s extensive history in resource extraction seems poised to continue into the near future.

This article was first published by the Investing News Network in April 2018.

This INNspired article is sponsored by Silver Viper (TSXV:VIPR). This article was written according to INN editorial standards to educate investors.