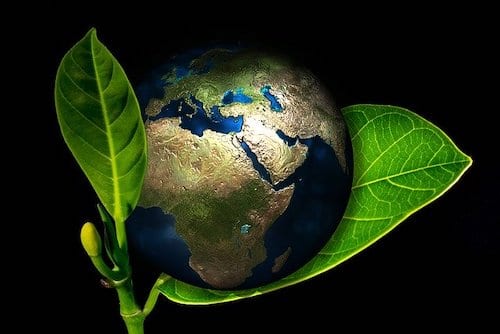 With an average gain of 289 percent in 2019, here are the five top-gaining cleantech stocks of the year on the TSX and TSXV.

In 2019, the top small-cap Canadian cleantech stocks year-to-date had an average return of 269 percent. The results are not what one might expect when thinking about the cleantech industry.

While wind and solar had banner years in terms of cost efficiencies and investment inflows, the Canadian small-cap side of the market showed promise in other areas of the market.

Notably, this was found in systems surrounding cleaner fuel and gas.

As 2019 comes to an end, here the Investing News Network shares the top Canadian cleantech stocks year-to-date. All companies had market caps of C$50 million to C$500 million as of December 10, 2019. Numbers and figures were current at that time, with data from TMX Money.

Burcon NutraScience is a company headquartered in Vancouver, British Columbia, that develops plant-based proteins. Founded in 1998, it has a portfolio of patents focused on protein extraction methods.

Its flagship product, CLARISOY, is a soy protein that received its first large-scale production facility as early as 2016. Prior to its development, Burcon entered a 20 year production and license agreement with Archer Daniels Midland Company for CLARISOY worldwide.

Along with CLARISOY, Burcon is working on commercializing Peazazz, its pea-based product that is gluten free, dairy free and soy free. In May, it announced that it would be building a C$65 million pea production plant in Western Canada following key approvals from the US Food and Drug Administration.

Xebec Adsorption is a manufacturer of biogas purification systems with distribution across Asia, Europe and North America. The company operates production facilities in both Quebec and China. Across its portfolio of products are biogas, hydrogen, gas and natural gas filtration systems. The company’s vision is to provide sustainable solutions that transform gas products into renewable energy.

Acknowledging that gas utility companies are key drivers to the transition to renewable sources, Xebec is positioning itself to help lead this transition with end-to-end systems for gas purification.

Over 2019, Xebec reached a number of key milestones. Its first project in Italy received in excess of C$11.7 million in orders in September, and the company reported record revenues of C$13.2 million in its third quarter financial results, a 136 percent increase compared to the same time last year.

Technically speaking, hydrogen additives — when coupled with diesel — can result in faster combustion speeds. In turn, this creates a more efficient process and helps to reduce carbon emissions from being released into the atmosphere.

In early 2019, dynaCERT received an award from the Indian government for its hydrogen technology for diesel-powered vehicles. Later, in April, dynaCERT got its first shipping order for an Ontario trucking fleet. Shipments across Mexico and Europe were additional drivers for the company throughout the year.

Also based in Vancouver, Westport Fuel Systems is a clean fuel company that serves clients in over 70 countries. Covering buses, heavy duty vehicles and passenger cars, Westport manufactures clean systems. The company provides clean fuel, such as hydrogen and natural gas, to its customers. Across its portfolio of brands are Prins, Emer and Cummins Westport.

In early November, Westport reported sturdy financial results, with C$9.4 million in adjusted earnings before interest, tax, depreciation and amortization (EBITDA). This was over double compared to the same time last year, when the company brought in C$4.3 million. Westport has reported three consecutive quarters of positive adjusted EBITDA in the 2019 fiscal year.

Founded in 1996, EcoSynthetix operates two key products: EcoSphere biolatex and Durabind biopolymers. Applied in paper packaging, EcoSphere is used to replace materials used in magazines and cereal boxes. Durabind, on the other hand, is used in wood composite panels.

At its essence, EcoSynthetix supplies cleaner products compared to its petroleum-based competitors. Along with this, it operates an extensive research and development team in its 40,000 square foot Center of Innovation located in Burlington, Ontario.

In April, federal ministers of Canada visited EcoSynthetix to announce a C$11.2 million investment into the Bioproducts Cluster under the Canadian Agricultural Partnership.

“Ecosynthetix is an important partner in Canada’s transition to a more sustainable, low-carbon economy,” said Minister Karina Gould, member of parliament for Burlington, in a press release. “As a leader in biochemical innovation, they continue to provide opportunities for job growth and economic development here in southern Ontario, while creating new markets for Canada’s farmers.”

Editorial Disclosure: dynaCERT is a client of the Investing News Network. This article is not paid-for content.