By Dave Brown – Exclusive to Resource Investing News Wall Street will begin trading week within the context of a carefully orchestrated and coordinated plan aimed at stabilizing U.S. equity and debt markets while minimizing the liability for taxpayers. The U.S. Treasury Department has engineered a conservatorship, to control the assets of Fannie Mae and … Continued 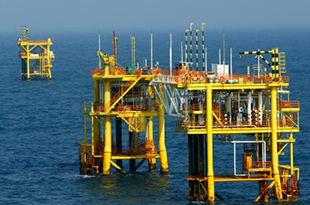 Wall Street will begin trading week within the context of a carefully orchestrated and coordinated plan aimed at stabilizing U.S. equity and debt markets while minimizing the liability for taxpayers.

The U.S. Treasury Department has engineered a conservatorship, to control the assets of Fannie Mae and Freddie Mac after the biggest increase in default loans in at least three decades threatened to collapse the companies making up almost half the U.S. home mortgage market. On Sunday, Treasury Secretary Henry Paulson said, “Our economy and our markets will not recover until the bulk of this housing correction is behind us. Fannie Mae and Freddie Mac are critical to turning the corner.”

Historically, September has often produced volatile periods, and resource investors will be wary of how the markets react to this news and what impacts it will have upon construction projects and overall confidence measures.

The category 3 Hurricane Ike is certain to be of interest for resource investors, as just last week the Gulf of Mexico oil refining and natural-gas production region dodged a bullet with the threat of Gustav impacting on the energy industry. Ike is forecast to enter the Gulf of Mexico region midweek, reaching the center by the end of the week before heading south of Louisiana possibly towards Texas. According to a press release on Sunday from the Minerals Management Service, personnel from 10 oil rigs have been evacuated; this is equivalent to 8.3 per cent of the total currently operating in the area. The Gulf of Mexico has about 717 manned production platforms in operation, and is home to more than a quarter of US oil production.

On Thursday, the London Metal Exchange board voted in favour of adding molybdenum to its cache of metals that are traded on the futures market, scheduled to occur in the second half of 2009. Some producers and suppliers say the introduction of the futures contracts will increase price volatility and that trading moly serves no purpose other than to attract investors who should not be diving into the minor metals markets. These speculative types of investors are likely to manipulate prices and flee from the markets contributing to volatility in moly’s prices.

On Tuesday, Rio Tinto Ltd (LSE: RIO, ASX: RIO) announced the signing of exploration agreements with Chile’s Codelco, the world’s largest copper producer. The agreements strengthen and build upon an existing relationship between the two copper giants which are under pressure to elevate production as ore grades decline at their largest mines, within a region that provides about a third of the world’s copper output.