Owning the supply chain is one way for miners to wring added value from their operations in an ever-tightening economy. 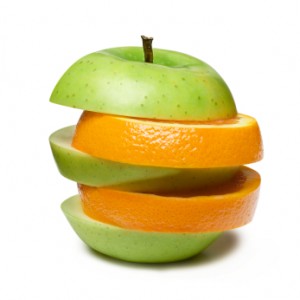 Mining companies have recently begun trying a number of different strategies to deal with increasingly stingy equity and commodities markets, and it appears that moving up the value chain may be the next trick for some producers and developers.

The most bold move toward vertical integration in the mining space came last month when Lundin Mining (TSX:LUN) announced that it will buy a 24-percent interest in a Finnish cobalt chemical refinery, along with related sales and marketing businesses.

The move comes as Lundin eyes options for processing copper-cobalt ore from its Tenke Fungurume mine in the Democratic Republic of the Congo. The project is a joint venture with Freeport-McMoRan Copper & Gold (NYSE:FCX); the major will hold a 56-percent interest in the cobalt-processing facility, with the remaining 20 percent being taken up by Congolese state mining company Gecamines.

Ownership of the facility offers Lundin a chance to enhance the value of cobalt from Tenke, where the company achieved record production of the minor metal — 3,356 metric tonnes (MT) of cobalt hydroxide — during the third quarter of 2012. Tenke’s current nameplate capacity is 11,000 MT per year.

One reason Lundin is pursuing vertical integration is the considerable scale of mining operations at Tenke. The company is currently ramping up a second-phase expansion that will see cobalt production capacity increase by over 35 percent, to 15,000 MT per year, with full output being reached in the next few months, according to Lundin’s website.

That gives Tenke an additional 8.8 million pounds of cobalt production yearly, making it the largest producer of metal in the cobalt-rich DRC.

Lundin, however, produces a lower-value cobalt hydroxide. During the third quarter of 2012, it sold this cobalt hydroxide at an average price of $8.29 per pound of cobalt — roughly a 45-percent discount to the prices for higher-end cobalt cathode products, which currently sell for around $12 per pound.

Particularly since the 2008 financial crisis, most cobalt producers have opted for lower-capex hydroxide production in an attempt to keep project costs manageable, according to research from the Southern African Institute of Mining and Metallurgy.

But lower up-front costs mean that producers miss out on adding value through upgrading and processing cobalt, leaving this market to be captured by intermediate processors such as OM Group (NYSE:OMG) — the firm from which Lundin is purchasing its Finnish facility. In fact, half of global cobalt mine production comes as hydroxide, which is subsequently redissolved at middle-men facilities and turned into higher-value cobalt powders, oxides and battery chemicals.

By moving up the value chain with the processing facility purchase, Lundin will potentially gain a few dollars per pound in additional cobalt revenue. That could come to a considerable sum given that the Tenke mine now has a nameplate capacity of over 11,000 MT per year.

Be your own salesperson

The performance of the mining business has been called into question lately by disappointments, including massive write-downs from Rio Tinto (NYSE:RIO,ASX:RIO,LSE:RIO) and Anglo American (LSE:AAL), and some major producers are looking to integration as a way of diversifying their business risk.

Such is the case with the coming merger of Xstrata (LSE:XTA) and Glencore International (LSE:GLEN). In a note last month, Bank of America Merrill Lynch counted the strengths of the new, combined company, noting that its exposure to marketing and trading profits will differentiate it considerably from its peers.

The trend toward deintegration in the mining sector during the last 15 years — which saw companies like BHP Billiton (NYSE:BHP,ASX:BHP,LSE:BLT) divest their process-engineering divisions — may now be over. Tougher times could well drive major miners to look for complementary income streams, especially those not directly linked to volatile commodity prices.

Integrating right from the start

Even some junior companies are considering integrated operations when looking at development options for start-up projects.

Reports emerged last month that Noront Resources (TSXV:NOT) may be considering building a chromite processing plant at its Ring of Fire project in Northern Ontario — presumably to handle ore from the company’s Blackbird chromite deposit.

Local news sources reported that Noront met with First Nations leader Peter Collins to discuss the potential for building a plant on native land in the area. The company’s chief operating officer, Paul Semple, confirmed that a captive process facility is a “longer-term project.”

“We’ve only been talking in conceptual levels,” said Semple. “We’ve gone and looked at that piece of land. We see the land and we see the power plant that’s across the river and it looks like it would all make sense for a facility of that nature.”

As chromite is similar to cobalt in that it produces a number of high-value products — such as ferrochrome — that require specialized processing equipment, it may make sense for companies like Noront to consider their development options carefully in order to maximize value.