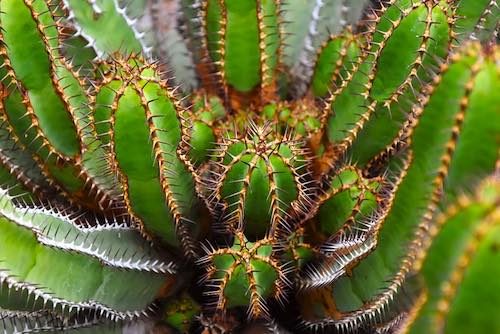 Verisk Maplecroft has found that in 2018, 21 resource-rich countries saw an increase in resource nationalism, which has been a prickly subject.

A report by global research firm Verisk Maplecroft has found that resource nationalism was on the rise in 30 countries through 2018, with governments taking steps to clamp down on their natural resources.

Of the 30 countries that saw movement into higher-risk categories, 21 were highlighted by Verisk Maplecroft as “major producers of oil, gas and minerals,” with the Democratic Republic of Congo (DRC) and Russia named as the “notable movers.”

Maplecroft’s Resource Nationalism Index (RNI) is a study on the risk of expropriation and the impacts of changeable fiscal regimes and local laws around protectionism.

Both the DRC and Russia were lumped in with another half-dozen countries labelled as being of “extreme risk” to investment, joining Venezuela, Tanzania, North Korea, Zimbabwe, Eswatini (Swaziland) and Papua New Guinea.

The DRC’s place on such a list won’t come as such a surprise to market watchers. The African country has been front and center when it comes to mining risk since 2017, when the government of President Joseph Kabila first started making overtures about securing mineral wealth in the nation through higher taxes, leading to concern among most outside the country for the world’s cobalt supply.

The DRC and Venezuela are the riskiest jurisdictions on Earth according to the report, which focuses on additional, indirect forms of resource nationalism beyond outright expropriation, including “increasing tax pressures, changing contractual terms and [instituting] stronger local content requirements.”

The new mining code that has been introduced by the DRC government classes cobalt as a “strategic substance” and slaps it with a 10 percent royalty. Copper is in the firing line for much the same.

More worrying for miners is a 50 percent super-profit tax when commodity prices are 25 percent higher than laid out in a miner’s bankable feasibility study.

On top of that the new laws have done away with a stability clause in the mining code that gave operators 10 years to factor in changes to regulations. Without it, operators must comply with changes to the fiscal regime immediately.

A plethora of companies operating in the DRC — including Glencore (LSE:GLEN,OTC Pink:GLCNF) Barrick Gold (TSX:ABX,NYSE:GOLD) (Randgold before the Barrick-Randgold merger), China Molybdenum (OTC Pink:CMCLF) and many others — have been railing against the government to no avail.

Ivanhoe Mines (TSX:IVN,OTCQX:IVPAF) has also been listed among companies trying to negotiate with the government, but Founder and Co-chairman Robert Friedland does not appear worried about any such taxes within the DRC, telling investors in South Africa way back in 2018 that he had no issue paying higher taxes as long as the money benefited local populations.

At the same conference in early February 2019, Friedland said that Ivanhoe Mines was on the verge of a “great leap forward” as progress on its copper assets in the DRC marched on regardless.

Investors clearly felt the same way. With a little help from a prefeasibility study for the Kakula copper mine and a preliminary economic assessment for the Kakula-Kamoa complex — both in the DRC — Ivanhoe’s share price jumped above C$3 and has stayed up there since.

Ivanhoe Mines gave no comment when asked for its take on the Verisk Maplecroft report, which pointed the finger squarely at the mining code for the DRC’s poor ranking.

While there were plenty of others on the list that had their scores “deteriorate,” such as Mexico, India, Thailand and Turkey, it was well and truly the DRC that copped the most ire from the report.

“When it comes to squeezing investors, DRC is an extreme case in point,” it said.

“The country’s downgrade from 6th highest risk in the index to joint 1st was precipitated by its new mining code, which imposed onerous fiscal terms on existing operators and allows heightened levels of government interventionism in the sector.”

Despite a new president, Felix Tshisekedi, being elected in the January elections, the report concludes that “the situation in DRC won’t improve anytime soon.”

However, risk as a concept comes with investing in the mining industry. As explored by the Investing News Network in interviews with experts in the field, risky doesn’t have to mean never as an investment.

Rick Rule, president and CEO of Sprott (TSX:SII,OTC Pink:SPOXF), pointed to the DRC as an example when interviewed in 2018, saying that “the Congo isn’t what I would describe as a hugely favorable jurisdiction now, but if you compare it to what it was 20 years ago, it’s a remarkably changed jurisdiction.”

Rule’s take on jurisdictions in poor standing when it comes to investment was that countries at rock bottom can only get better or become places where a company like Ivanhoe Mines can still make a few dollars.

According to the RNI, some jurisdictions to watch for improvements are Zimbabwe, which, despite tying for fifth-worst jurisdiction when it comes to risk, could be on the “right trajectory” thanks to its new president, and Ecuador, which was also singled out for “significant progress” for climbing out of its “extreme risk” category as recently as Q4 in 2017 to “medium risk” today.

Another 22 countries were identified for improving their standing on the RNI, including Vietnam and Guinea.

Metals Weekly Round-Up: Gold Hits 7 Year High, Then Retreats
Best Copper Stocks of 2020 on the TSX
Potash Fertilizers: What’s the Difference Between SOP and MOP?
VIDEO — Rick Rule: Positioning for the Good, the Bad and the Ugly in Mining

One response to “Resource Nationalism Rises in Mining Jurisdictions in 2018: Report”