By Melissa Pistilli-Exclusive to Resource Investing News Copper Investing News The economic woes of the world’s top two copper consumers have placed downward pressure on benchmark copper prices. Copper on the LME fell to a one-month low of $7.194 Friday. China’s decision to lift the yield on central bank bills and put the breaks on … Continued 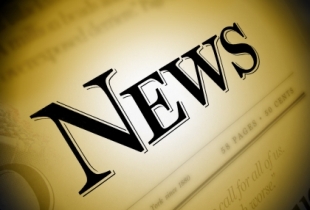 The economic woes of the world’s top two copper consumers have placed downward pressure on benchmark copper prices. Copper on the LME fell to a one-month low of $7.194 Friday.

China’s decision to lift the yield on central bank bills and put the breaks on lending has dampened economic growth. The Shanghai Composite Index was down 2.42 per cent Tuesday to its lowest level in nearly three months. That news, along with the Obama administration’s threats to limit risk-taking by big banks, has sent investors out of commodities and into the dollar this week.

Copper companies in the news include Freeport-McMoRan Copper and Gold Inc, the world’s largest public copper producer, and Aluminum Corp of China. Freeport is expected to face a 7.3 per cent decline in copper production and sales this year; however, the company is investing $1.8 billion into its Tenke Fungurume project. Copper is Aluminum Corp’s “next main development target” and it is looking worldwide for the best investment opportunities.

The shine is off gold this week as stocks and commodities across the board took a dive on economic concerns out of China and the US. As the dollar went higher, gold went lower falling as low as $1080 an ounce this week.

The markets seem a bit bipolar for now as investors try to read all the cues to determine whether we’re headed for an economic uplift or on the verge of plunging over a cliff. However, there are still many bullish analysts with positive sentiments for gold’s medium- and long-term outlook. The latest Reuters poll has prices averaging $1,150.50 an ounce for this year.

If historical seasonal cycles hold true, gold is poised to rally in February before retreating modestly in March ahead of a spring rally.

Fundamentals in the molybdenum market are showing promising improvements as prices rise to over $15 per pound, still under their $18 peak last August. Cuts in alloy and stainless steel production forced down moly demand by over 10 per cent last year.

Commodities analysts at JP Morgan expect moly prices to jump by 55 per cent over the next two years with a price of $21 per pound by the end of this year and $24 by the end of 2011. Haywood Securities puts moly at $20 per pound in 2011. Demand from China and elsewhere is expected to outpace supply.

Nickel prices are on a rising trend, hitting around $18,800 per tonne as of Monday, more than twice the price in March of last year. Rising prices are prompting nickel miners to up production.

Vale Inco is trying to negotiate a settlement with striking workers at its Voisey Bay nickel-copper-cobalt mine. For now, the company says it will resume production using non-striking labor (a sign talks are not going well). The dispute is over an attempt at a three-year wage freeze and a rollback on employee bonuses that are tied to the price of nickel.

Junior miner Duluth Metals has landed a $227 million joint venture contract with one of the world’s largest copper miners, Antofagasta. Duluth is developing a copper and nickel project in Minnesota. Antofagasta will pay $130 million to buy into the property and fund a substantial portion of development costs.

Silver prices are tracking gold lower this week as investors take a defensive posture concerning stocks and commodities, a sentiment that is lending support to the dollar. Fund groups have pulled back on the aggressive buying witnessed earlier in the month and traders are exiting February contracts.

Other factors influencing precious metals prices this week include: Obama’s proposal to restrict banks and other financial institutions from dealing with hedge funds or private equity funds; China’s efforts to cool economic activity by ordering its big banks to back off lending and raise their reserves: the possibility of a downgrade on Japanese sovereign debt ratings; commodities prices are hurting from little improved US jobless claims and durable goods orders; and the euro is sinking against the dollar as fears mount over economic troubles in Greece, Portugal, Italy and Spain.

Gold will continue to be the primary factor behind silver price movements followed by seasonal trends. Despite this latest slide, many analysts expect silver to rise further in 2010. Eugen Weinberg, head of commodity research at Commerzbank sees silver hitting $20 an ounce by year-end.

Crosshair Exploration is working to expand its vanadium resource at the CBM Uranium/Vanadium project in Labrador, Canada. South Africa’s steel industry is looking forward to a marginal rise in output after last year’s 16 per cent drop. Last year was also a depressing one for Panzhihua New Steel &amp; Vanadium, but the company has seen positive growth the first weeks of 2010.