The price of silver fell on Wednesday after making modest gains early in the trading week. After last week’s tremendous downfall, the downward pressure on price is being attributed to the improving US dollar, fall of oil prices, as well as momentum plays by speculative investors. Yet not all have soured on the white metal. 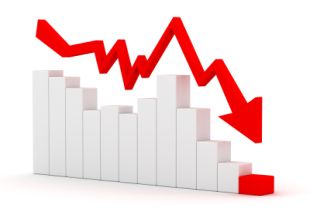 Silver prices fell sharply again on Wednesday after making modest gains early in the week. The usual suspects for rising precious metals prices, mainly inflation rates and loose monetary policy seem to have had little effect on pricing today. Inflation rates have been rising in many countries worldwide. China saw a 5.4 percent rise, Germany a higher than expected 2.7 percent, and the Bank of England predicts that inflation in the UK should hit 5 percent in 2011. In the US, CPI and PPI data are to be released on Friday, and are predicted to be around 2.1 percent. These factors had little effect on silver’s price that fell $3.38 to $35.07 per ounce, a drop of more than 9 percent.

Seemingly the biggest factors at play are the strength of the US dollar, the drop in crude oil prices, and the actions of speculative, momentum driven investors.

The US dollar index strengthened toady for the first time in the week, as the euro fell due to ongoing concerns in Greece and Portugal. On the day the dollar index gained 1.009 percent, which put downward pressure on precious metals.

The price of crude oil has been dropping since the start of May, and dropped below the $100 mark today. NYMEX Crude Futures ended down $5.30 to $98.58 per barrel, Brent Crude nearly matched the drop losing $4.99 to $112.60. Crude oil prices have been one of the main drivers of inflation since the start of conflicts in the MENA region. The higher prices felt by consumers at the pump have worried many that consumer spending would dry up, and force the economy back into a recession. Oil prices had been seen by many analysts as a factor supporting the strength of silver. The poor man’s gold has been increasingly appealing as a store of wealth as gold prices are out of reach for smaller investors.

With the dramatic increases in the price of silver and gold over the last year, a new breed of investor has flocked to the precious metals market seeking not a store of wealth, but a quick return on investment.

“The commodity rocket ride to outer space became most visible in silver. An entirely new class of buyer came to the silver table in recent weeks; unemployed youngsters seeking a quick buck, day traders… although silver ascended by over 165% since last August, and the daily contract volume in the metal doubled and exceeded certain other normally much larger market trading niches, the metal was still seen as the new “it” trade for many.” Stated Jon Nadler, for Kitco.

What is troubling about this ‘new class’ of investor is that they are driven by momentum, not investing in precious metals as a long term store of wealth. The result has been a shift in price in either direction has accelerated volatility. Seeing the volatility as a problem the CME has moved to hike “trading margin requirements several times in order to ensure that losses could be covered by inebriated players in the event of extreme volatility,” added Nadler. The hopes were to ‘normalize’ trading volumes, and decrease volatility by momentum players.

The increase in margin requirements may be more than just a move to push speculators out of the market. There is increasing sentiment that the bull market for commodities has reached its climax.

“When you see almost a straight-up market, record highs in a market, as with silver, and successive margin increases, that’s a red flag for experienced commodity traders, an early indication that we could be topping out and getting frothy,” stated Richard J. Feltes, vice president of research of R. J. O’Brien.

However, other analysts see silver going back up to $50 per ounce by years end. A technical analysis released by Bank of America Merrill Lynch has stated that the silver market, despite recent corrections, is still in an uptrend that will see the metal back make gains up to the $50 level. The price may go higher than that after the resistance level is broken up to “$80 in three to five years,” stated Mary Ann Bartels, the head of U.S. technical and market analysis at Merrill Lynch.

The strength of the US dollar and Euro are still major factors to be watched. Ongoing debt concerns will still be on the forefront of trader’s minds going forward. The main factors to watch for in the coming days and weeks are CPI data in the US, and interest rate hikes from Western countries and in China.