Eurasia Mining said Friday that it has entered into an agreement to buy Anglo American Platinum out of a joint venture project in Russia. 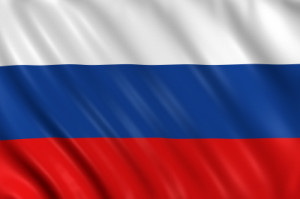 On the heels of reports that Anglo American Platinum (LSE:AAL) may sell its mining operations in South Africa, Eurasia Mining (LSE:EUA) announced Friday that it has entered into an agreement to buy the miner out of a joint venture project in Russia. The acquisition will give Eurasia Mining a 100-percent interest in the joint venture company Urals Alluvial Platinum and, by extension, that company’s Russian projects.

According to a press release from Eurasia, the company already owns a 50-percent interest in Urals Alluvial. It has entered into an agreement whereby its 100-percent-owned subsidiary, Eurasia Investments, will buy the remaining 50-percent stake in Urals Alluvial from Anglo American’s indirectly owned subsidiary, Rustenburg Platinum Mines (Cyprus). A further announcement will follow when the acquisition is completed.

As Reuters reported, Urals Alluvial owns several Russian PGM projects, including a license area at West Kytlim that “contains near to production-ready state approved platinum reserves.” There is also the Monchetundra project, where, according to Eurasia’s press release, base metals mineralization has been discovered and “some very high-grade PGM assays” have been returned.

Explaining why it wanted the deal, Eurasia gives some background regarding its joint venture with Anglo American. The companies entered into the agreement back in 2003, establishing Urals Alluvial as the operating company. Various exploration projects were carried out in Russia, but in 2009, Anglo American started to narrow its focus on South Africa. That year, Rustenburg Platinum Mines (Cyprus) “exercised its rights under the JVA to suspend contributions” to Urals Alluvial; Eurasia has been solely funding exploration work ever since. As such, the two companies entered into an agreement this week for Rustenburg Platinum Mines (Cyprus) and Anglo American to sell their interest in the projects.

Dr Michael Martineau, chairman of Eurasia, said, “[w]e are very grateful for the encouragement and support that the Anglo American Platinum group has provided over the years of exploration, resource definition and license negotiation.” However, he also pointed out the favorable position that the acquisition will put Eurasia in, stating, “[t]he doubling of Eurasia’s equity interest in UAP also provides greater flexibility to bring in new partners or to restructure the holdings for improved efficiency of future operations, should the Company wish to do so.”

That explains why Eurasia wanted to secure the project, but what does it mean for Anglo American? To be sure, the move falls in line with recent indications that that Amplats is looking to sell its costly Rustenburg operations in South Africa. In an interview with Business Day Live from April 14, Anglo American’s CEO, Mark Cutifani, said, “[t]he Rustenburg resource is not what it used to be … [t]hat’s why I’ve been quite vocal saying we should consider taking a step back from Rustenburg. We should be focusing on the more mechanised operations, which is what I think we do much better.”

That article, and this one from Bloomberg, both note that the miner plans to focus on its lower-cost, open-pit Mogalakwena mine, also in South Africa.

Anglo American is certainly not the only miner shifting its focus and attempting to cut costs, and given the state of the market last year, it is worth it for investors to note when a company is making difficult choices to try to manage itself responsibly. Together with fellow platinum miners Lonmin (LSE:LMI) and Impala Platinum (JSE:IMP), Anglo American has lost millions of dollars worth of PGM production so far this year due to the ongoing strike in South Africa, so any attempt to mitigate these losses could be seen as important.

However, with the large amount of turbulence in South Africa in 2014, a company like Eurasia, which holds projects outside of that country, could also be interesting. Although Russia is also not seen as the most favorable mining jurisdiction due to fears of sanctions in light of tension over Ukraine, it is worth noting that Eurasia expects to begin production next year for several alluvial mining operations that could run for at least nine years.

Eurasia’s managing director, Christian Schaffalitzky, commented, “[w]e believe the added opportunity attained by the Company through the Acquisition on completion will be very significant for shareholders. The timing of this agreement could not be better for Eurasia. We believe our planned platinum production, expected to commence in 2015, is well placed to benefit from the rapidly changing landscape in the PGM business. This can only benefit new low cost mines such as Eurasia’s.”

Securities Disclosure: I, Teresa Matich, hold no investment interest in any companies mentioned in this article.