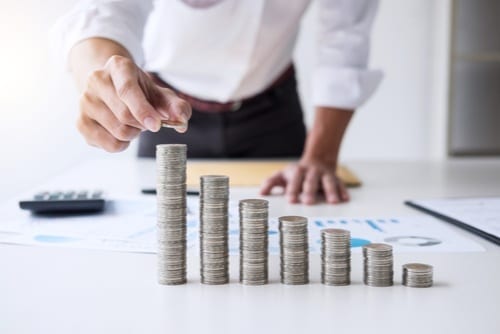 Shares of Palladium One were up 14 percent after the news that Eric Sprott will participate in a C$3.2 million private placement offering.

Shares of Canadian junior Palladium One Mining (TSXV:PDM) were up more than 14 percent after the Monday (October 28) announcement that mining financier Eric Sprott will participate in the company’s C$3.2 million private placement offering.

Some of Palladium One’s momentum was lost after its initial move, but the company was still up roughly 7 percent on Wednesday (October 30).

Palladium has been experiencing record-setting value growth, reaching two all-time spot price highs in the month of October. The metal has also experienced a 42 percent uptick in value year-to-date.

Palladium One’s non-brokered private placement will consist of 53 million shares priced at C$0.06 each for total gross proceeds of C$3.2 million. According to a press release, Sprott is anticipated to acquire a 19.99 percent ownership interest in Palladium One.

The diversified explorer, which has a special focus on the in-demand precious metal, is developing the Läntinen Koillismaa (LK) palladium project in Finland, where it plans to spend the bulk of its fresh investment dollars.

Money will also be allocated to the Tyko sulfide nickel project in Ontario.

A resource estimate for the LK project released in September pegs the palladium-dominant resource at 635,600 palladium equivalent ounces in the indicated category.

Strategically, it is a good time to develop a palladium resource, as the metal is expected to be in short supply and high demand over the next several years.

“Palladium reached a record price of US$1,808 per ounce (on Monday), due to persistent supply deficits, and as a direct consequence of higher demand from stricter auto emission standards and the migration away from diesel powered automobiles; making us well-positioned as a strategic metal provider for cleaner air,” said Derrick Weyrauch president and CEO of the company.

The company plans to increase the existing mineral resource through new discoveries, as well as step-out and infill drilling along 38 kilometers of the basil contact corridor.

“After closing the offering, our plan is to conduct high-resolution IP geophysics and then initiate a 5,000-metre diamond drill program,” he added. “IP has demonstrated at the KL project’s Kaukua zone, to correlate with base metal sulfides, and high PGE values and is therefore a preferred method to target higher-grade mineralization.”

The placement offering is subject to regulatory approvals before finalization.