Longtime observers know it’s not just lithium that is driving Nevada’s resource boom. Just like back in the 1800s, gold remains a valuable commodity for the Silver State. 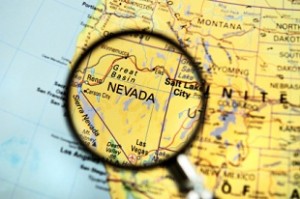 The state of Nevada has been making waves of late, with electric car maker Tesla Motors (NASDAQ:TSLA) planning to build a battery factory in Reno. However, longtime observers know it’s not lithium that’s driving Nevada’s resource boom. Just like in the 1800s, gold remains a valuable commodity for the Silver State.

“Nevada’s gold production by itself would make it the sixth largest producer of gold in the world,” the government agency states.

The question for investors is: which companies are at the forefront of gold mining in Nevada?

On September 10, Pilot Gold reported the extraction of a combined 12.99 grams per tonne gold from three separate drilling sites. The organization’s president and CEO, Matt Lennox-King, also commented on how the company is expanding.

“A successful project is more than just our high-grade drill intercepts,” Lennox-King said in a press release. “At Kinsley Mountain we continue building value beyond the drill bit by adding to our land package, securing water rights, advancing permits and getting a head-start on metallurgy.”

With a focus on the Bruner gold project in the Walker Lane District in Central Nevada, Canamex Resources has reported sizable finds as recently as October 21.

Drilling at the northern extension of the Penelas East Zone at Bruner, Canamex intersected 22.9 meters grading 3.29 grams per tonne gold from 221.6 to 244.5 meters depth. Several other zones were intersected higher in the hole, the company said.

“We are impressed that the Penelas East mineral system remains robust at the northern end of our drilling to date, and may be increasing in strength northward,” Greg Hahn, president and interim CEO of Canamex, said in an earlier release. “With continued drilling through the balance of the 2014 field season we will come very close to completing our total expenditure commitment of $6 million to earn a 70 percent interest in the Bruner Project, and thereby trigger a 70:30 joint venture with the underlying optionor, Patriot Gold.”

October has also been a profitable month for Scorpio Gold, which stated in an October 9 media release that it hit a significant milestone at its Mineral Ridge operation in Nevada, producing 100,000 ounces of gold.

“On behalf of the entire Scorpio Gold team, we are very proud of our production output in Q3, during which we achieved our second highest quarterly output since we declared commercial production in January 2012,” Scorpio Gold’s president, Steve Roebuck, said in the release. “As of September 30, 2014, total production at the Mineral Ridge Operation since January 2012 stands at 101,782 ounces of gold. It was another robust quarter at Mineral Ridge, with our new high capacity carbon column continuing to draw down gold from the leach pad in-process inventory, which helped offset lower head grades in Q3 as we complete our production transition from the Drinkwater pit to the Mary pit.”

Roebuck went on to say head grades are forecast to rise during the fourth quarter of 2014.

“Hole NB-14-402 is the latest confirmation of an expanded zone of high-grade mineralization from what is currently interpreted to be a north plunging high-grade shoot,” Corvus CEO Jeff Pontius said in a press release. “This hole is from the northern margin of the new target area with other pending holes targeting the more central part of the system. The higher grade and additional 100 metres of depth in this hole compared with hole NB-14-399 reported last week indicates that the system in this area may extend to a significant depth.”

Pontius said the ongoing success of the Yellowjacket drilling program is quickly adding to the deposit’s potential.