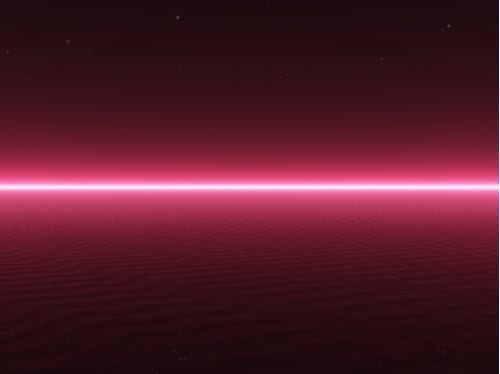 “I think there’s certainly a case to be made that gold could go sideways for a considerable period of time,” says Ian Ball of Abitibi Royalties.

The gold price has traded between about $1,200 and $1,350 per ounce this year, and one CEO says market participants may want to get used to these levels.

“If you look at the 1980s, gold spent 10 years going sideways,” Ian Ball, president and CEO of Abitibi Royalties (TSXV:RZZ), said via phone. “It seems like the environment that we find ourselves in from an economic standpoint is very similar to the 1980s.”

He sees the yellow metal potentially dropping as low as $1,000 and rising as high as $1,500, but doesn’t anticipate movement outside of that. “The last couple of years we’ve been going sideways … [and] I think there’s certainly a case to be made that gold could go sideways for a considerable period of time.”

That’s not the type of news most investors want to hear. But Ball said for him it’s not a bad situation. “If your view is that gold’s going to be going sideways, you’d rather be buying [assets] at $1,200 or $1,000 vs. the high end of the range,” he explained.

Ball’s company Abitibi Royalties has already made some acquisitions this year. The company, which was spun out of Golden Valley Mines (TSXV:GZZ) in 2011, purchased several royalties over the summer, with all of them being around Canada’s largest gold mine, Canadian Malartic in Quebec.

Those deals were likely no surprise to those that have been following Abitbi Royalties. The company’s assets consist of royalties directly on Canadian Malartic, plus royalties on areas near the mine — and that’s exactly how Ball wants to keep it.

“Our whole thesis is that … we’re not trying to compete in an auction process [with other companies] to go buy a stream or a royalty or a package of royalties,” he said. “I think our investors are aligned with the strategy that we’re trying to play out, which is not to compete against the other royalty companies.”

Abitibi Royalties’ focus on Canadian Malartic stems from a belief in the asset and its owners, major miners Yamana Gold (TSX:YRI,NYSE:AUY) and Agnico Eagle (TSX:AEM,NYSE:AEM). “Right now [Canadian Malartic is] growing every quarter,” he said. “[Yamana and Agnico are] drilling a new record amount of drill holes and meters.”

Ball’s company is already receiving cashflow from royalties, with $3 to $3.5 million expected to come in this year. Next year cashflow is scheduled to rise to $4 to $4.5 million, “but that excludes any contributions from our main royalties, East Malartic and Odyssey,” said Ball.

The company has a 3-percent NSR on those areas, and Yamana and Agnico are currently spending $20 million to start ramp construction for them. Ball continued, “when those start to enter production we would think that we’re going to see multiples of our cashflow from where it is this year or next year.”

He added, “the cash that we’re getting right now is very much non-core to the main deposits that are just entering into that development phase.”

Another key future catalyst for Abitibi Royalties will be drilling at East Malartic. “[The partnership is] going to be doing some deep drilling,” he said, noting, “I think that there’s a good probability that the rate of discovery could in fact increase as they go deeper on that project just based on the historical data. I think the best of the discoveries is yet to come.”

In closing, Ball touched briefly on the state of the gold market once again, commenting, “I’m generally not a huge fan of acquisitions, but I do think if I was running a senior gold producer right now I would be taking a pretty hard look at some of these companies that are currently struggling”

He named TMAC Resources (TSX:TMR) and New Gold (TSX:NGD,NYSEAMERICAN:NGD) as examples. “If you’re a senior gold stock and your operational team can pinpoint why these mines are experiencing teething problems — I would certainly be doing a lot of due diligence if I was a senior gold company.”