On March 20, 2015, the London gold fix will be replaced by the LBMA gold price. Here’s a breakdown of what exactly that transition will mean for investors and for the gold price. 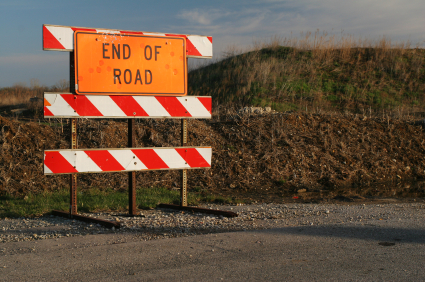 When the London silver fix came to an end last year after operating for more than a century, many market watchers wondered if the London gold fix would be next.

Ultimately, the answer turned out to be “yes.” The London Bullion Market Association (LBMA) decided in November to put ICE Benchmark Administration in charge of the fix, stating that it would take over in the first quarter of 2015 and noting that an electronic system would be put in place.

Q1 is now here, and March 20, 2015 is the day ICE will officially take the reins. Here’s a breakdown of what exactly that transition will mean for investors and for the gold price.

So long, and thanks for all the fix

Similar to the London silver fix, the London gold fix came into existence nearly a century ago — in 1919, to be exact. Currently, the price-setting process involves four banks — Barclays (LSE:BARC), HSBC (LSE:HSBA), Societe Generale (EPA:GLE) and the Bank of Nova Scotia (TSX:BNS) — engaging in two conference calls a day to fix the gold price.

Explaining further, a Financial Times article states that a price close to the market quote is initially brought to the table, with the banks then speaking by phone with clients and declaring if they are buyers, sellers or have no interest. If all are sellers, the price is lowered, while if all are buyers it is raised. The process is not necessarily quick — it is “repeated until the difference between buying and selling requests [is] less than 50 bars and the price [is] fixed.”

The process has faced criticism in the past in large part due to its opacity and the fact that it’s open to tampering. Indeed, just last year Barclays was fined $44 million when news surfaced that “failures in internal controls” had allowed a trader to manipulate the gold price.

An FAQ sheet posted on the ICE website explains that the London gold fix will be replaced by the LBMA gold price, with ICE being its third-party administrator. Essentially, that means ICE will provide “the auction platform, methodology as well as overall independent administration and governance for the LBMA Gold Price.”

That arrangement is fairly similar to the one that’s been put in place for the LBMA silver price, which replaced the London silver fix. In that case, CME Group (NASDAQ:CME) provides the auction platform, while Thomson Reuters (TSX:TRI,NYSE:TRI) is in charge of administration and governance.

In terms of the process for the LBMA gold price, the Financial Times notes that it will be largely the same as the one used for the London gold fix. However, rather than banks engaging in conference calls, it will involve anonymous bids and offers being published on a screen in real time “with the imbalance calculated and the price updated until the buy and sell orders are matched.”

Rounds will last 45 seconds each, and the price will be fixed if the imbalance between buy and sell orders is within 20,000 troy ounces.

Earlier this week, Mineweb’s Lawrence Williams put out an article that summarizes two camps of thought on what the LBMA gold price may mean for the gold price itself. Essentially, he states, while some believe that the LBMA and bullion banks “may remain firmly in control of the new pricing mechanism,” others are of the opinion that Chinese banks will ultimately gain control over pricing.

At the heart of the matter is who the participants in the LBMA gold price end up being — one source he cites notes that if a Chinese bank is included in the LBMA gold fix on its first day of existence, the door will open “to China’s powerful state-owned banking monopoly to thus control the gold bullion market.”

Since Williams’ article was released, it’s been revealed that six parties will be involved, with four being Barclays, HSBC, the Bank of Nova Scotia and Societe Generale — in other words, the banks already involved in London gold fix. The other two have yet to be announced, but ICE has said they are not Chinese banks.

Whether that means business will continue as usual remains to be seen, but those involved in the gold space will no doubt be watching carefully both on Friday and as time goes on.

The Silver Fix is Dead, Long Live — What Exactly?

Survey: Does the London Gold Fix Need to Go?

Are Thorium Reactors the Future of Nuclear Energy?
Blockchain Outlook 2020: Maturation Continues for Industry
How to Invest in Copper
Why Consider Fintech Investing?