The price of gold has forged ahead to a seven-week high on safe-haven demand and a growing eastern appetite for the precious metal. 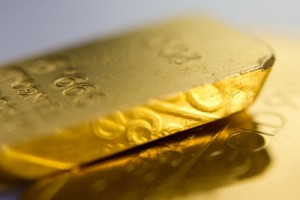 After breaking past the psychologically important resistance level of $1,300 an ounce last week, the gold price has forged ahead to a seven-week high on safe-haven demand and a growing Chinese appetite for the precious metal.

Gold prices rose alongside a rally in China’s stock market Monday to close up $21.30, at $1,336.50 an ounce, after reports that the Chinese government will likely “inject fresh stimulus measures into its economy,” reported Kitco. Chinese demand for gold is on the verge of eclipsing that of India, currently the world’s largest consumer. The China Gold Association announced this week that gold purchases rose 54 percent, to 706.4 metric tons in the first half of 2013, from the same period last year, according to Bloomberg. A large majority of the demand was for gold bars and jewelry, up 87 percent and 44 percent respectively.

Fueling the steady rise in demand is the fear China’s economy is headed for a “hard landing,” prompting Chinese investors to look to gold as a “financial refuge,” explains The Wall Street Journal. “If a hard landing leads to a weaker yuan and an increase in political instability, demand for gold in the world’s fastest growing gold market will accelerate.”

India’s move to raise the import duty on gold yet again to a record 10 percent alongside a hike in the excise duty isn’t expected to curb demand for the precious metal as the market moves into the traditional holiday buying season. “Despite the expectations that gold imports may fall, India’s appetite for bullion is anticipated to pick-up later in the year due to seasonal demand,” HSBC analysts wrote in a note, reported Reuters.

According to recent findings by the World Gold Council (WGC), the market is experiencing a “West-to-East shift,” reported Kitco. While western investors are moving out of exchange-traded funds, with holdings falling by 402.2 tons in the second quarter, that’s being largely “absorbed” by a 71-percent rise in demand from India and an 85-percent rise in demand from China during the same quarter, explained Marcus Grubb, the WGC’s managing director of investment.

The ambiguity surrounding the timing of the US Federal Reserve’s pullback on bond buying has also been a significant factor in this week’s gold price action. Gold prices pulled back after rallying at the start of the week, closing down $14.50, to $1,323.40, as traders anticipated strong US economic data later in the week; that could indicate that the Fed’s quantitative easing program will end sooner rather than later.

The price of gold recovered from the short-lived slump on Wednesday on bargain hunting and slightly lower greenback to close up $11.80, at $1,332.30 an ounce. Gold’s glowing week of gains extended Thursday on safe-haven buying, “amid the sell-off in the U.S. stock market and the escalation in violence in Egypt,” reported Kitco. Gold ended the trading session up $26.80, at $1,363.75 an ounce.

Much-embattled Newcrest Mining (ASX:NCM,TSX:NM), the world’s fourth-biggest gold miner, plans to delist from the Toronto Stock Exchange, reported The Wall Street Journal. The company began listing on the TSX in March 2012, but following a net lost of US$5.33 billion in the year through June 2013 and heavy writedowns on assets — including a $3.24-billion impairment charge on Lihir — Newcrest is in cost-cutting mode. The company will apply to exit the TSX by the end of September.

Detour Gold (TSX:DGC) commenced commercial production at its Detour Lake mine in Northeastern Ontario. The company has a 2013 gold production target of 270,000 ounces and is focused on optimizing operating performance at the mine and mill to achieve 90 percent of nameplate capacity (55,000 tpd) by year end.

Orefinders Resources (TSXV:ORX) reported additional high-grade gold results from its phase II diamond-drilling program at the Mirado gold project in Kirkland, Ontario. Highlights from the results include hole MD13-30, which intersected 27.7 g/t over 5.9 meters of bonanza-grade mineralization within an interval of 19.2 meters at an average cut grade of 4.77 g/t gold. Assay results for the final 1,000 meters of drilling are pending.

“The 2013 drilling has successfully expanded South Zone mineralization over a surface area of 250m x 300m and currently remains open along strike and at depth. North Zone high grade intercepts have been intersected at depths well below all of the previous historical drilling. The North Zone also remains open to further expansion along strike and at depth,” commented Bill Yeomans, president and CEO of Orefinders.

Klondex Mines (TSX:KDX,OTCQX:KLNDF) delivered the first shipment of mineralized material from the Fire Creek gold deposit to Newmont Mining (NYSE:NEM,TSX:NMC) for processing. The Fire Creek project is located in North-central Nevada. The company signed an agreement with Newmont last month; it includes the processing of up to 9,000 tons of mineralized material in 2013. Shipments may continue through the end of 2014 as high-grade material is generated.

The company also announced the conversion of Fire Creek operations from generator power to electrical grid power via the Klondike-owned substation built in 2012. The conversion is expected to increase efficiency while significantly reducing electricity costs.

Southern Arc Minerals (TSXV:SA,OTCQX:SOACF) received shareholder approval to acquire a 26.14-percent interest in Eagle Hill Exploration (TSXV:EAG). Under the agreement, Southern Arc Minerals also has the option to acquire up to a 30.74-percent interest in Eagle Hill, which would make it the largest shareholder. Eagle Hill is focused on the exploration and development of the high-grade Windfall Lake gold deposit, located in Quebec, Canada.