Three news stories moving gold prices this week include the World Gold Council’s recent report, rumors China would sell its euro zone debt holdings, and of all things, the stand-off in the Korean Peninsula. 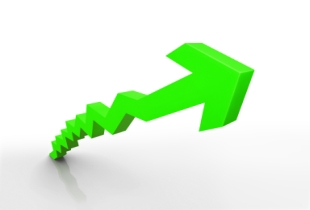 While many analysts are still confident $1300 gold is on its way, for now the precious metal is likely to struggle with breaking the $1220 level in the short term as traders book profits.

Three news stories moving gold prices this week include the World Gold Council’s recent report, rumors China would sell its euro zone debt holdings, and of all things, the stand-off in the Korean Peninsula.

Earlier this week, the World Gold Council reported gold demand shrank by 25 percent in the first quarter of 2010. However, the market shrugged that off in favor of positive forecasts including those about demand out of the world’s biggest gold market, India.

The drop-off in demand for gold in the first quarter of this year can be attributed in large measure to reduced buying in India as prices rose too high. A forecast of increased Indian gold demand is seen as a sign that Indian buyers are “beginning to accept that high gold price levels may be here to stay and [are] moving back into buying mode again, which is of major significance in the fundamental gold supply/demand position,” says Mineweb’s Lawrence Williams.

However, Williams points out, if gold prices surge once again, buyers in India will back off once again, turning to cheaper recycled gold. “Indian demand can be a bit of a balancing factor in the gold equation, showing strength when the price is seen to stabilise – even at higher levels – and weakness when the price surges.”

Wednesday’s gold prices may have also been helped along by a Financial Times story claiming China was revaluating its Euro zone bond holdings, leading to Thursday’s waffling gold prices when Chinese officials later squashed those claims. “The news China would not sell its holdings of euro zone debt helped restore investor confidence,” reports The Street’s Alix Steel. “Traders were buying up equities and leaving gold on the sidelines as volume started to thin out ahead of the long holiday weekend in the U.S.”

Tension between South Korea and North Korea came to a head this week, and has been partly to blame, say some analysts, for the latest gains in gold and silver prices as fear over the outcome and its ramifications for the rest of the world made safe haven precious metals more attractive. By Thursday, these fears had eased some as the regions heavyweights, China and Russia, seemed hesitant to rush to action just yet.

While new developments in Indian gold demand trends is news worth shaping your investment decisions around, these last two pieces of current events making their way into a discussion of fundamentals shaping gold markets are good examples of how absurd things are getting these days in the gold market, or even the wider global markets.

Perhaps Lawrence Roulston of Resources Opportunities, in a recent interview with The Gold Report, said it best: “In this age of the Internet, we have instantaneous reaction to whatever news happens to be on the screen at that moment. I think investors need to stop reacting to headlines and take a longer-term outlook on their investments.”