When precious metals prices got a boost from the dollar’s losses Monday, silver shot up nearly 3 percent while gold barely moved up less than a quarter percent from Friday. Silver’s industrial side is partly responsible for its continued outperformance of gold in the precious metals market. 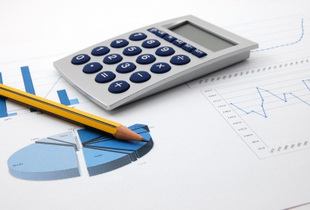 Silver prices began to recover weekly losses climbing as high as $16.95 an ounce Friday. The white metal started this week on a roll reaching levels not seen since nearly two weeks ago. Hitting a high of $17.45 an ounce Monday, silver was nearly up a dollar over last Wednesday’s close of $16.56.

Both gold and silver were benefitting from a depressed dollar the past few days as the situation in Europe looked a little brighter (for the moment) after the EU summit last week and the release of uplifting economic data from the region. The euro rose against the dollar Friday following news that European leaders had agreed on a strategy for handling Greece’s financial crisis.

Along with the IMF, the EU said it would provide loans to Greece in the event it can’t raise funds through a euro5 billion bond issuance. The euro continued to rise against the dollar Monday after Greece’s 7-year bond issue was successful, reassuring the market and wetting investor’s appetite for risk.

Improved confidence in the European economic outlook gave promise that recovery is building momentum despite setbacks in Greece and Portugal. In March, the services and manufacturing industries grew at their fastest rate in 2.5 years and economic confidence is at its highest level in four months. While growth is expected by most analysts to be of the modest variety, the prevailing attitude is one of optimism for 2010.

The price of silver also got a lift from its yellow cousin on renewed gold buying in China. However, silver is also likely getting help as an industrial metal with positive signals on China’s economic front as growth for the last three months is thought to have reached 12 percent per year.

Silver’s Outperformance of Gold Will Continue

When precious metals prices got a boost from the dollar’s losses Monday, silver shot up nearly 3 percent while gold barely moved up less than a quarter percent from Friday.

Yes, silver is a much smaller market than gold and this helps contribute to proportionally heavier swings in price, but silver’s industrial side is also responsible for its continued outperformance of gold in the precious metals market. While the sector is facing pressure from a rising trend in the dollar, signs of economic recovery worldwide are giving silver the support gold lacks.

While gold has benefitted from a stronger euro/depressed dollar the past few days, over the medium-term at least the boost is only temporary, say some analysts. The dollar is expected to do well on the back of an undermined euro as the debt crisis in Europe continues. And any strength in the dollar is price negative for gold.

Monday’s dollar defeat was quickly reversed Tuesday as worries over Greece’s ability to contain its mounting debts pushed the dollar back up. It seems the market awoke this morning to the sober reality that the Greek bond issue means a rise in the already ailing nation’s debt over the next four years.

Despite the latest positive economic news from the euro zone, the euro’s recovery against the dollar will also be hampered by economic crises brewing in Portugal, Spain and Italy, further pressuring gold prices.

Although gold’s woes usually spill over onto silver, the white metal is expected to gain support from more positive developments in the industrial sector, especially out of Asia.

“Asian economies are leading a global recovery from the worst slump since World War II,” says Bloomberg reporter Emma Ross-Thomas. “China, the world’s fastest-growing major economy, was the only one of the euro area’s main trading partners to boost purchases of goods from the region last year.” Asia’s economy as a whole, according to IMF First Deputy Managing Director John Lipsky, is expected to grow by about 8.5 percent this year.

Economic growth in this region is price positive for industrial use silver; but, Asia also offers increased demand for silver’s precious metal role as its citizens, especially in India, look to it as an investment alternative to gold.

“As observed by many analysts across the world silver has been surpassing gold investments in yielding attractive returns for the investors,” says Commodity Online reporter Rutam Vora. “India, which has been the largest consumer of gold, is now found changing its focus to better yielding precious metals like silver. Several bullion traders in India have shown their interest in launching varied products for silver investments.”

“Looking at the current global scenario and recent sluggish price movement of gold, it seems that silver is a better opportunity to invest in,” advised Mr. Kothari. Despite gold’s flirting with the $1,200 an ounce level a few months ago and its recent hold over the $1,100 level, Kothari doesn’t believe the precious metal can sustain its rally with certain “global economic factors . . . hampering” gold’s bullish nature.

However, he does expect silver to offer investors an opportunity to garner rising returns: “On an average, gold investments yield about 6-9% but silver would give about 18-24% returns.” It’s silver’s industrial uses that are behind its bullish price movements, says Kothari.

Nevertheless, silver will also no doubt continue to prosper on the precious metal side as China ramps up its gold consumption, which, says the World Gold Council, “has the potential to double during the next decade.”