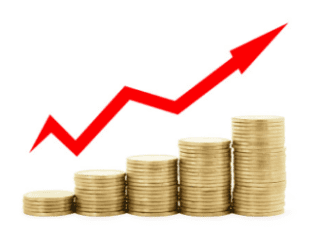 The gold price climbed on Wednesday (July 12), supported by US Federal Reserve Chair Janet Yellen’s dovish comments on further rate hikes.
In congressional testimony, Yellen said the Fed will need to keep gradually raising US interest rates in the coming years, but not to levels seen in previous interest rate cycles.
She added that “considerable uncertainty always attends the economic outlook,” citing “uncertainty about when — and how much — inflation will respond to tightening resource utilization.”
The Fed has raised interest rates twice this year, and they are now between 1 and 1.25 percent. Another rate hike could hurt gold, as the yellow metal is highly sensitive to increasing rates. That’s because higher rates curb the investment appeal of non-interest-bearing assets like gold.


Give me my free report!
That said, the news may not be all bad for gold. “Gold reacts negatively to a rising interest rate atmosphere, but there are limits to that,” said James Steel, an analyst at HSBC (LSE:HSBA). Yellen’s statements indicate that “tightening policies will not necessarily be abrupt,” Steel added.
Immediately after Yellen’s statement, federal funds futures implied traders said they saw a 53-percent chance that the Fed would raise key overnight borrowing costs at its December meeting, down from 60 percent beforehand.
Ahead of her testimony, the gold price was trading at $1,219.29 per ounce; it climbed to $1,221.54 immediately after Yellen spoke, rebounding from the near four-month low of $1,204.45 that it hit earlier this week.
The chart below shows gold’s price activity from 9:00 a.m. PST to 2:30 p.m. PST on Wednesday.

Chart via BullionVault.
Yellen’s dovish remarks came after signals that many leading central banks will tighten policy as the global economy gains traction. On Wednesday, the Bank of Canada decided to raise interest rates for the first time in seven years.
Bank of Canada Governor Stephen Poloz acknowledged that the bank raised its key rate despite inflation currently lagging below its stated target of 2 percent, as it considers the weakness in inflation to be temporary.
Sherry Cooper, chief economist at Dominion Lending Centres, said she expects another rate hike from the Bank of Canada in the fourth quarter of this year.
“The Federal Reserve will also likely increase rates in [the fourth quarter],” Cooper said in a release. “Look for a slow crawl upward in interest rates from both central banks in 2018.”
Don’t forget to follow us @INN_Resource for real-time news updates.
Securities Disclosure: I, Priscila Barrera, hold no direct investment interest in any company mentioned in this article.