A major factor influencing rising investment demand in precious metals often referenced by analysts is the quantitative easing measures employed by The Federal Reserve in an attempt to bolster the US economy. One of the effects of the Fed’s paper-printing policies is the debasing of the US dollar, which makes gold and silver attractive safe-haven buys. A reversal in that policy could have a dire impact on silver prices. 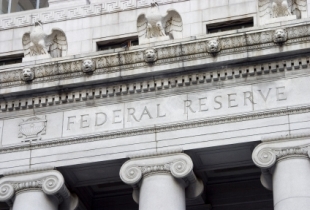 Historically known as “the poor man’s gold,” silver’s price performance is inextricably linked to that of its yellow cousin. Since 2005, gold and silver prices have moved nearly in tandem as investment demand for both metals soared.

As a precious metal, silver is viewed as a cheaper investment alternative to gold; especially now that gold prices are trading near $1400 an ounce. Even in gold-hungry India, demand for silver pushed imports up more than 600 percent in the first half of 2010 to $1.7 billion.

In the second half of 2010, silver prices soared to 30-year highs of near $31 an ounce, finishing up over 80 percent for the year; a staggering figure on its own, but made even more impressive compared to gold’s 30+ percent gains.

Most analysts hold a bullish price outlook for gold and silver in 2011 on low interest rates, concerns over currency debasement, inflation worries and continuing debt crises.

Bank of America Merrill Lynch analysts see gold reaching $1,500 on the near term.

Silver-Investor.com founder David Morgan forecasts 2011 silver prices trading between $30 and $40 an ounce with the potential to reach as high as $45 an ounce.

On an even more bullish note, John Embry, Chief Investment Strategist at Sprott Asset Management, predicts gold will hit $2000 an ounce in 2011; a figure that could send silver to test its record $50 an ounce high.

Regardless of the variance in their price forecasts, most analysts agree that investment demand will continue to be the main driver of silver prices this year. With rising demand in the coin market, the popularity of silver ETFs, and the high level of activity in the COMEX silver futures, robust silver prices are viewed as here to stay, at least in the medium-term.

A major factor influencing rising investment demand in precious metals often referenced by analysts is the quantitative easing (QE) measures employed by the Federal Reserve in an attempt to bolster the US economy.

One of the effects of the Fed’s paper-printing policies is the debasing of the US dollar, which makes gold and silver attractive safe-haven buys.

Speaking at the Investment Industry Association of Canada’s 2011 Investment Outlook Luncheon in Vancouver Monday, Peter Gibson, Managing Director of CIBC World Markets gave an interesting talk on the relation between the impact of the Fed’s QE measures on the US bond market and the price of gold.

Known as the Warren Buffett of quantitative and strategic analysis, Mr. Gibson explained that as long as the Fed’s QE policy can hold the 10-year Treasury bond yield below 3.8 percent, gold prices will continue to rise. His gold forecast for 2011: $1580 by the end of the year. A breach above 3.8 percent would signal a euro-style debt crisis in the US that would see capital fleeing the markets.

While Gibson appeared confident the Fed would continue to employ such measures as long as they can, the current round of QE is slated to end in June of this year and there are hints the Fed may choose not to enact a third round. A move that global investment bank UBS says presents a larger threat to the global commodities sector than China’s possible economic slowdown.

“That would worsen the risk/reward profile – it would turn our dollar fund flows signal from green to red – and a more significant correction would be possible,” said UBS in a note to mining and hard commodities investors. Despite the dire warning, the bank remains bullish on the sector as inflation is a positive for raw materials.

If currency debasement concerns are eroded and the US economy does indeed begin to heal, some of the supporting factors for gold and silver prices could dissolve leaving investors looking for the door. The precious metal positions of large hedge funds pose the most serious threat.

In this scenario, silver, being a much smaller market with less liquidity than gold, will suffer more than its yellow compatriot. “Despite the strength of silver’s physical supply/demand fundamentals, the metal is tightly linked to gold and is unlikely to perform well unless the gold market is in a bull run,” warned a global mining report published by BMO Capital Markets last month.

While silver bugs are apt to vociferously reject any talk of seemingly doom and gloom scenarios (no matter how plausible), a little caution goes a long way toward protecting your investments. Many analysts are still favoring an optimistic outlook for the silver market, but due diligence requires that silver investors keep an eye on US bond yield rates, changes in the tone of  the Fed toward QE measures, large hedge fund interest in silver ETFs, and the euro/dollar dance.

EV Infrastructure in the US the Next Challenge for a Growing Industry
What Was the Highest Price for Copper?
Discussing Small-scale Nuclear with Atomic Energy of Canada
Top Rare Earth Reserves by Country