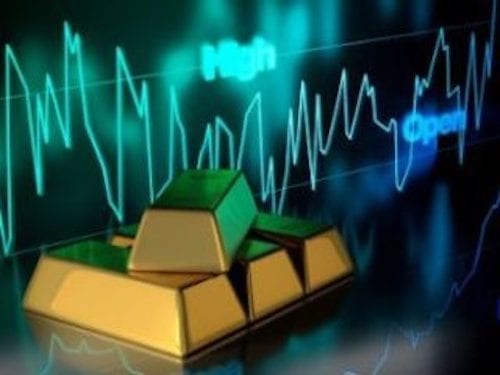 What happened to gold in Q3 2019? Our gold price update outlines key market developments and explores what could happen moving forward.

The third quarter of 2019 was eventful for the gold sector, with two interest rate cuts from the US Federal Reserve, a price rally and subsequent pullback and lots of speculation.

The yellow metal started Q3 trading at US$1,383.70 per ounce and trended higher for the majority of July. As of August 1, gold was at US$1.445.10 and spent the rest of the month picking up momentum.

However, the September story was slightly different, as the precious metal started the 30 day cycle at US$1,528.50, then slipped to US$1,482.20 to end the three month period.

Ongoing geopolitical concerns between both the US and China, and the US and the Middle East, brought investors flocking to the safe haven metal in July, raising the price of gold by 3 percent for the period.

The month’s major headline was the official launch of the joint venture project between Barrick Gold (TSX:ABX,NYSE:GOLD) and Newmont Goldcorp (TSX:NGT,NYSE:NEM) in Nevada.

Dubbed Nevada Gold Mines, the partnership is now the world’s largest gold complex. Barrick holds a 61.5 percent stake in the new project and acts as the operator, while Newmont owns 38.5 percent.

Mid-month, gold hit a six year high of US$1,445.50 on continued concerns that trade tensions might lead to a global economic slowdown.

In July, Jonathan Butler, an analyst for Mitsubishi (OTC Pink:MSBHF,TSE:8058), noted that investors were holding their breath ahead of the seasonal summer slowing of the resource sector.

“Everything revolves around gold right now. The key trend is for gold to convince the investing community that the recent six year high, breaking out from overhead resistance, is the beginning of a major move to the upside,” he said. “Once investors return to the precious metals, silver will catch up and most likely overtake gold, bringing the gold silver ratio back to a level of 70 to 1 or lower.”

Following a slight dip after hitting its six year high, the yellow metal finished the month at US$1,413.40.

The second month of Q2 started with the Fed cutting interest rates by a quarter point, taking them to a range of 2 to 2.25 percent, for the first time since 2008.

The news was positive for the US dollar, which rallied following the announcement, and sent gold on a downward spiral. Immediately following the news, gold went down to US$1,413.40, but recovered within 24 hours, hitting US$1,445.10.

“The Fed statement was very carefully crafted to not make suggestions of the next move — it is very much a ‘wait and see’ approach after this one interest rate cut,” Chantelle Schieven, research head at Murenbeeld & Co., told the Investing News Network (INN) at the time.

“If global conditions, i.e. global trade, worsen, and economic data is weaker, then the Fed could cut again by year end. But if economic data is about the same or better, the Fed is likely to hold for now. The uncertainty surrounding the next move … will likely create additional volatility around each major US data release, and the upcoming Fed statements, until a more solid direction is projected by the Fed.”

Schiven was right that the Fed could potentially cut rates again — it did so roughly 45 days later.

At this year’s Sprott Natural Resource Symposium, held during Q2, INN spoke with EB Tucker, director at Metalla Royalty & Streaming (TSXV:MTA,OTCQX:MTAFF), who said he believes that the Fed’s decisions moving forward will be beneficial for the precious metals space.

“The Federal Reserve made some statements that they were going to take seriously the notion of making the money supply softer. And historically … they never do a little bit of loosening. They start loosening and they tend to loosen for a while, so to me that meant, ‘Here it comes,’” he said.

Tucker went on to forecast relatively big gains for both gold and silver. He opined, “You’ve got to be in this market. Gold’s going to hit US$1,500 and silver’s going to hit US$20 (per ounce), and there’s not going to be a break before that happens. Investors need to really think about that — you’re not going to get a chance between now and US$1,500.”

On August 7, not long after that discussion, Tucker’s prediction came true, and the popular precious metal was trading for US$1,500.09.

Towards the end of August, speculation abounded that gold could hit US$1,600 as pressures between Washington and Beijing intensified, while China grappled to hold onto control of Hong Kong.

“I think the potential for a resolution in the China trade issue is a risk factor for gold — if an agreement is reached, there’s a chance for a very significant drop in the gold price,” said Lundin.

At the Precious Metals Summit in Beaver Creek, Colorado, INN sat down with Rob McEwen, chairman and chief owner of McEwen Mining (TSX:MUX,NYSE:MUX), who said he sees gold moving higher.

The veteran investor also explained why he sees more value in juniors.

“I like the junior space more than the seniors,” he said. “It’s not as liquid, but you have more explosive moves on the upside. Also on the downside, but I think we’re in a part of the market where you want to be looking for stories that have good drill results, management has a commitment financially to it. And it’s been ignored in the market.”

“I think if you remain picky in what you want to invest in, then you’ll be set up for whenever the market does change and juniors become the focus — whether that’s (because of) a big spike in mergers and acquisitions or whether the gold price does bring the generalist investor back into the junior resource sector,” he said, also on the sidelines of the Precious Metals Summit.

On September 18, for the second time in the quarter, the Fed cut interest rates by 25 basis points, this time to a new target range of 1.75 to 2 percent.

Jay Powell and the Federal Reserve Fail Again. No “guts,” no sense, no vision! A terrible communicator!

…The United States, because of the Federal Reserve, is paying a MUCH higher Interest Rate than other competing countries. They can’t believe how lucky they are that Jay Powell & the Fed don’t have a clue. And now, on top of it all, the Oil hit. Big Interest Rate Drop, Stimulus!

Despite starting September well above US$1,500, as the month went on gold steadily slipped.

According to a recent FocusEconomics report, gold’s poor performance was directly related to the announcement that China and the US will resume trade talks, even though both powerhouse nations implemented new tit-for-tat tariffs at the beginning of the month.

Gold eventually picked up traction towards the end of the month due to loose monetary policy globally and subdued economic growth, moving to just above US$1,500 on September 30.

“Gold has been trading above US$1,500, below US$1,500, sort of oscillating back and forth. If we get a breakout in gold, Citigroup (NYSE:C) and a number of other brokerage firms think that it still could go higher,” Ralph Aldis, portfolio manager and senior mining analyst at US Global Investors (NASDAQ:GROW), told INN in a phone call.

“But what’s really still sort of in the dog house is the junior exploration and development companies,” he said. “And that’s just because the money flows into the senior stocks first and they rotate down cap, and we haven’t seen that down-cap rotation really in full swing yet. If it’s happening, it is maybe only about 10 percent done in terms of how much money may be rotating down.”

Ongoing political instability around the globe will likely be a factor impacting the value of gold in Q4.

“We still have a very serious geopolitical event going on between Hong Kong and China; I’m quite concerned about that,” said Mercenary Geologist Mickey Fulp. “This could be a catalyst, it could be one of the black swan events that puts us into an economic recession.”

Fulp told INN that he sees gold’s meteoric ascent above US$1,500 as problematic because the metal rose unrelentingly with little correction during the period.

“We don’t like to see markets go straight up, and if you look at a chart from late May, it’s really gone up with very little pause. So you want to see two steps forward, one step back in healthy markets,” he said.

While Fulp is urging caution, EB Tucker thinks now is the time to get into the gold space, as he foresees gold taking out its previous high in 2020.

“For us in the gold community, now is the time to position. Because you don’t want to then be involved with all these people that have no experience in the gold market,” said Tucker.

Moving into the final quarter of 2019, FocusEconomics also has a subdued outlook. Analysts polled by the firm see gold dipping slightly towards the end of the year from its current level and averaging US$1,500 in Q4.