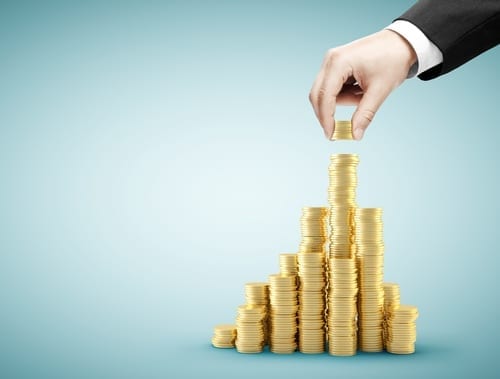 A wide range of factors have increased demand for the yellow metal, including concerns around the ongoing trade war between the US and China.

Aside from the trade war, factors like last month’s interest rate cut have led to increased demand for the yellow metal. Market watchers believe the cut shows that US and global economies are weakening.

“China is not only fighting to maintain its control over Hong Kong, but continues to fight the Americans over trade. In my opinion, the longer this goes on, the worse it is for the global economy, as China remains an integral piece of the financial puzzle,” Brian Leni, founder of Junior Stock Review, told the Investing News Network (INN) via email.

Just last week, Washington revealed plans to place an additional 5 percent duty on US$550 billion worth of Chinese goods following China’s announcement of retaliatory tariffs on approximately US$75 billion worth of US products. As investors caught wind of the growing tensions between the two powerhouse countries, they flocked to gold as a safe haven.

The situation between the US and China has been grabbing the attention of market participants for over a year now, triggering concerns around a global slowdown.

Speaking about gold’s positive price move on Monday, Brien Lundin, editor of Gold Newsletter, shared Leni’s sentiment on the rally, telling INN, “Right now, the primary drivers for gold have been the US-China trade dispute and the explosion in negative-yielding bonds worldwide.”

Although the geopolitical issue is currently supporting the precious metal, Lundin warned that if the situation clears, it could potentially have a negative impact on the metal.

“I think the potential for a resolution in the China trade issue is a risk factor for gold — if an agreement is reached, there’s a chance for a very significant drop in the gold price.”

However, Lundin believes that current economic conditions will continue to keep prices elevated and will make investors continue to show up for gold.

“There’s also a strong undercurrent of demand for gold based on the issues behind that explosion in negative yields. In short, the global economy is now completely dependent upon not only easy money, but ever-easier money,” he said. “Not only that, but a decade of exorbitant debt creation has ballooned the US federal debt to levels that will no longer allow for higher rates, much less anything approaching historically normal rates.”

The US markets were not the only ones showing significant gains being made by the yellow metal, as increases were seen in Canada, Australia and in the European market.

“Gold continues to march its way upward … setting all-time highs in numerous other currencies, including the Canadian and Australian dollars,” said Leni.

In terms of where the gold price may go from here, while Lundin noted that the US and China gaining some sort of common ground could cause the metal to tumble, he still believes that it will see US$1,600 before the year comes to an end.

“The prospect of ultra-low to negative real rates for as far as the eye can see justifies much higher gold prices. Add in the political and economic uncertainties, including the potential for a US recession, and I think gold will breach US$1,600 before the end of the year.”

Although Leni did not provide a particular price prediction for gold, he did say that it will more than likely continue to move upwards, suggesting that it would be “prudent” for investors to purchase physical gold and to invest in junior miners.

“Given the attention high gold prices bring to the precious metals companies, investment in the best junior resource companies should prove to be very profitable,” he said. “In all, I expect to see sustained higher gold prices in the future and with them, irrationally high junior gold company valuations.”

Silver also made gains during Monday’s session, climbing over 1 percent to reach its highest level since September 2017.

The last time gold made waves, breaking US$1,500, EB Tucker, a director at Metalla Royalty & Streaming (TSXV:MTA,OTCQX:MTAFF) as well as the mind behind two publications at Casey Research, told INN that silver is now prime to catch up to the yellow metal.

“At some stage silver wakes up and plays catch up. That’s a move worth owning,” he said. “We could easily see US$20 per ounce silver, which is a roughly 18 percent move from here. That can happen quickly,” he explained.

Metals Weekly Round-Up: Renewed Risk Appetite Weighs on Gold
VIDEO — EB Tucker: The First Inning for Gold is Over, Don’t Miss the Rest
What Investors Should Know About Cobalt Supply Chains
How the US Section 232 Probe Could Impact the Vanadium Market