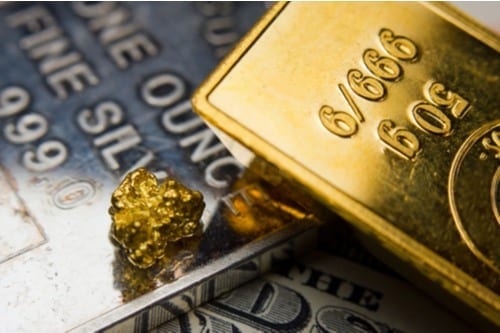 Fed chairman Jerome Powell cited a restrained global growth outlook as motivation for the cut, noting the step was taken in order to keep the US economy strong.

After much anticipation, the US Federal Reserve cut interest rates by 25 basis points to a new target range of 1.75 percent to 2 percent on Wednesday (September 18) afternoon. This is the second time the rate has been slashed since the 2008 financial crisis.

Fed chairman Jerome Powell cited a restrained global growth outlook as motivation for the cut, noting the step was taken in order to keep the US economy strong.

Before the mid-day announcement, the sector was abuzz with speculation that the Fed would again cut interest rates for the second time in less than 3 months.

The precariousness of the global economy due to trade tensions between China and the US, as well as issues with Iran and the ongoing Brexit negotiations influenced today’s rate cut.

During a press conference, Powell said the Fed would be keeping an eye on geopolitical concerns and has not ruled out further cuts in the future.

“If (the US) economy weakens more extensive cuts may be needed,” he told reporters.

The value of both gold and silver slipped slightly following the last Fed announcement at the end of July. The decision to cut rates for the first time in more than a decade drove the prices of the precious metals lower, before they regained their traction.

US President Donald Trump immediately took to Twitter (NYSE:TWTR) today to express his displeasure over the announcement.

Jay Powell and the Federal Reserve Fail Again. No “guts,” no sense, no vision! A terrible communicator!

Powell, who has been chairman of the Federal Reserve since February 2018, has been the target of several Trump tweets over the last two weeks. The president thinks the Fed head isn’t doing enough to spur on the American economy or to compete with other global economies.

…The United States, because of the Federal Reserve, is paying a MUCH higher Interest Rate than other competing countries. They can’t believe how lucky they are that Jay Powell & the Fed don’t have a clue. And now, on top of it all, the Oil hit. Big Interest Rate Drop, Stimulus!

….The USA should always be paying the the lowest rate. No Inflation! It is only the naïveté of Jay Powell and the Federal Reserve that doesn’t allow us to do what other countries are already doing. A once in a lifetime opportunity that we are missing because of “Boneheads.”

While the US leader may be disappointed by the small rate adjustment, analysts are more concerned over the Fed’s uncertainty about the future.

“The rate cut was widely expected given deflationary pressures driven by the recent weak US manufacturing data, the simmering trade tensions with China and the mounting geopolitical issues in the Middle East,” Nigel Green, CEO of deVere Group, said in a statement. “There’s much uncertainty amongst economists, and within the Fed itself. It’s an unusual environment.”

One area the Fed is especially concerned about is lowering the rate too significantly, prompting households and businesses to borrow too much, similar to the events that led up to the 2008 financial meltdown.

However, Powell did state morale remains high at the Fed and was reluctant to address the president’s Twitter tirade, saying that he continues to believe in the need for independence for the Federal Reserve, especially in relation to political interference.

What does it all mean for investors?

Green says, “Today’s rate cut and the accompanying statement from the US Federal Reserve mean that investors must stay fully invested and diversified if they’re serious about building and safeguarding their wealth.”

The Fed will meet again in October when another rate cut could be announced.