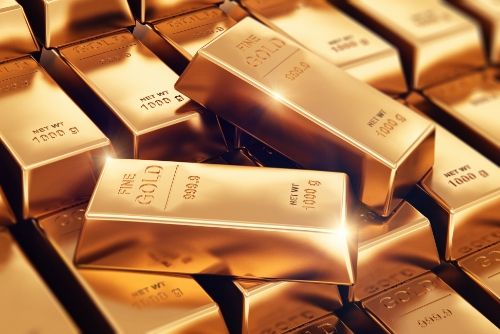 If you’re new to investing in gold, you may be wondering what factors influence the gold price today. Here’s a quick look.

Gold is the best-known and most popular of the precious metals, and it’s not hard to see why.

Beyond being a key material for jewelry, investors around the world buy gold as a store of wealth, and many believe it’s superior to paper currency as it is seen as legal tender. Storing wealth with a sense of stability is a popular reason for investing in gold.

This article continues below the Gold Investing Table of Contents.

The articles listed below provide an overview of investing in gold from Gold Investing News.

Gold Around the World

Since then it’s staged a bit of a recovery, with bullion prices making gains above US$1,300 in 2016. In 2017, however, the gold price stayed below US$1,300 with the exception of brief increases midway through and late in the year — and 2018 was much the same.

So far, 2019 has been a mixed bag for the yellow metal. It reached the US$1,300 level a few times throughout the first five months of the year, but has spent the majority below that psychological level. Industry experts continue to argue about whether or not the metal is in a bear or bull market.

The below gold price chart provides a good outline of gold prices over the last 10 years.

When the gold price began to fall in 2013, market watchers expected some mine production to come off the market and foresaw a reduction in gold dealers; however, most gold producers opted to lower salaries and cut employees rather than reduce output from their assets. Many producing gold companies also chose to reduce the amount of cash they put into exploration for financial reasons, opting to keep their existing operations afloat and their net assets stable.

In 2016, the tide began to turn for gold investing. As mentioned, prices recovered somewhat that year, even rising above US$1,300 as demand for gold ticked up. However, times were still tough for exploration — in fact, even three years later the consensus is that not enough money is being spent on finding new gold deposits, hindering gold investment. Gold mine production was flat from 2016 to 2017 at 3,268 tonnes, but is expected to grow this year.

Most gold is produced in China, with Australia and Russia being the second and third top producers. Respectively, they put out 300 metric tons (MT), 270 MT and 255 MT of the yellow metal in 2017.

Looking at consumption last year, gold demand gained 5 percent year-on-year in 2018 to a total of 4,345.1 tonnes. Exchange-traded fund (ETF) inflows, such as gold futures contracts, were more than the previous year, and demand for gold bars and gold coins rose by 4 percent. China and India hold major physical gold buying power and the title of world’s largest gold consumer is often a toss up between the two. The yellow metal also continues to be popular in mutual funds and mining stocks, and central banks have been adding it to their reserves at a level not seen since 2013.

As a side note on supply and demand in terms of gold mining stocks, investors should be aware that most of the pure gold ever mined still exists and is accessible — for example, as jewelry or bullion. In contrast, many other metals come off the market when they are used. That means that gold mining companies and the gold space as a whole are also affected by saving and disposal tactics, and not just by simple supply and demand.

While supply and demand are key factors in the gold market, it’s important for investors who want to buy and sell to be aware that they’re not the only things that can have an impact on the metal.

Interestingly, that relationship has been less visible in recent years. 2018 proved to be a year when interest rate hikes actually supported the price of gold, and when the US Federal Reserve made the decision to halt interest rate hikes for 2019, the gold price increased.

Gold investing is also often favored by investors as a safe haven or inflation hedge in times of economic downturns and political turmoil. There are countless instances of people who invest in the precious metals market and use gold as a hedge in times of uncertainty — for example, gold and gold stocks get a bump every time the trade war between the US and China intensifies.

Price manipulation within the stock market is also a concern in the gold space as it can have a negative affect on any given transaction. Luckily, this issue is one that the world’s gold market participants are keen to address. Indeed, early in 2015, the long-running London gold fix was replaced by the LBMA gold price in a bid to increase gold price transparency. Though the process still involves a variety of banks collaborating to set the gold price, the system is now electronic.

While the gold price may be lower than investors would like, it’s clear that interest to buy and sell the metal remains strong around the world. Those keen on gold investing would do well to remember that like most markets, the gold sector is cyclical, meaning that there is volatility. Of course, what goes down must eventually rise again — although by how much is anyone’s guess.

Our 2019 gold price outlook includes a more detailed view of the future for gold and gold investing. You can also check out our latest quarterly update on gold by clicking here.

19 responses to “An Overview of Gold Investing and Prices”