William Rhind, Head of US Operations for ETF Securities described his perspective on relative gold price movements, “we are going to see a little bit more consolidation and stability around the gold price we saw a big move in the last few days over $100 as its moved up from its low in the $1500s.I think that right now we are looking for a little bit of stability.” 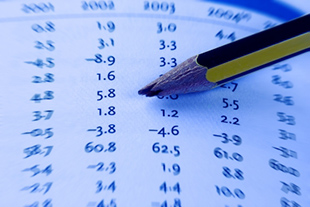 The gold price has shown extreme volatility this week, with downside pressure during Monday’s session alone in the dramatic range of $120 per troy ounce, effectively removing some less committed investors from the market. After reaching an all time record high spot market gold price of $1920 per troy ounce, gold fell dramatically back to the $1,535 range overnight, before recovering to the $1,600 trading range.

Since early 2001, the gold price has climbed from just above $250 per troy ounce and have recoiled upwards from even larger market fluctuations. Investors will note the gold price appreciated almost 17 percent in one month after declining 25 percent during a period in the first quarter of 2006. The price of gold also climbed following a 27 percent drop during the large scale capital market contraction of October 2008. The spot market gold price has traded within a relatively narrow band margin after hitting a near three-month low on Tuesday.

Appearing on the Street, William Rhind, Head of US Operations for ETF Securities described his perspective on relative gold price movements, “we are going to see a little bit more consolidation and stability around the gold price we saw a big move in the last few days over $100 as its moved up from its low in the $1500s. I think that right now we are looking for a little bit of stability.” Hedge fund managers raising capital to meet redemption orders for margin calls may have been a strong factor as a catalyst for the sudden gold price decline. Rhind noted, “When we look at that liquidation in gold, all the signs seem to point to liquidation by the hedge funds and some of the faster money players who were liquidating primarily futures contracts on gold in order to meet clients redemption requests from that particular fund in those times of distress you want to sell assets that you can from a liquidity perspective but also assets that are priced fairly.”

With investors remaining cautious towards the precious metal after this month’s intense volatility, spot market gold prices climbed slightly to $1,617.70 per troy ounce, up 0.7 percent. The major news item which appears to dominate headlines in the market is the German vote in favour of boosting the Eurozone rescue fund, flanked by concerns that policymakers still lack a cohesive plan to solve the region’s overarching debt issues. The winning margin in the Bundestag was 523 to 85, with the abstention of three members. The markets seem to believe this important vote as a strong initial victory for German Chancellor Angela Merkel, facing external and internal criticism over Germany’s bailout efforts.

Addressing the broader perspective for the economic outlook, Saumil H. Parikh Managing Director and Generalist Portfolio Manager at PIMCO recently concentrated on market volatility and uncertainty in a bulletin, “We are transitioning into a world where we believe the incentives of policymakers and the divisiveness of politics will become the predominant drivers of investment returns and economics.”

Historically, precious metals and gold have served as the safe store of value during periods of instability in other asset classes.  Program trading, liquidation to cover short positions and strengthening of the Unites States dollar have all shared in the recent gold price fluctuations. However, government actions and central bank around the world increasingly have demonstrated gold could be considered as a currency without debt liabilities. Investors concerned with unresolved debt liabilities in Europe and the United States could fall back into this cycle which could reinflate the gold price.

Physical gold demand is also reported to be strong from both China and India, with the traditional Indian wedding season approaching, and amid Chinese preparation for the National Day Golden Week holiday, which begins next week.