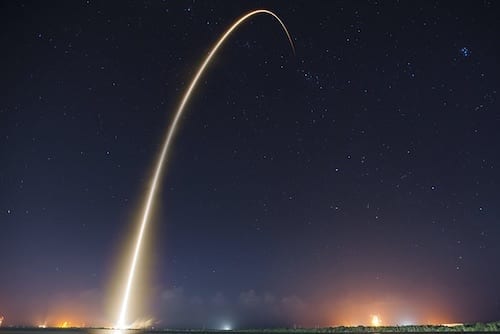 INN asked experts for their updated outlook on the direction of the gold price in 2019 as the yellow metal pushes upwards.

In late July, experts in the gold space were in high demand as the yellow metal responded to the US Federal Reserve rate cut by doing the same thing it had been doing since mid-May: go up.

In the days around the rate cut, the gold price went from US$1,426.10 per ounce to US$1,463.40 over four days, with only the smallest dip in value in the immediate aftermath. As of early September, the precious metal was pushing towards US$1,550.

Gold’s rapid rise over the past few weeks has come faster than some in the gold space expected, so here’s a look at how predictions on the gold price have changed between the Fed rate cut and now.

Back at the end of July when the Fed announced the cut, Byron King, editor of Whiskey & Gunpowder at Agora Financial, told the Investing News Network (INN) that the move was expected, and that monetary issues in the US were setting up gold for quite a run.

A month later, King said that it was gratifying to see the upward move for gold and related gold stocks.

“For long-suffering players in the sector, patience is being rewarded. May it continue!”

He explained that the metal’s increased upward trend has likely been caused by the reduced power of central banks, which he called political tools for spending politicians.

“The market evolution is trending towards gold as a legitimate asset class,” he said, adding that while markets will go up and down, “in general, we’re riding a sweet wave that favors hard money — meaning precious metals.”

He said that it isn’t too late for outsiders to get into the space, and those that do should go for physical gold and take delivery.

At the same time, Brien Lundin, editor of Gold Newsletter, told INN in July that it would be comforting for gold bugs for the metal to reach US$1,500 by the end of 2019.

Of course, gold is well above that now in late August, so there’s a new prediction.

“The prospect of ultra-low to negative real rates for as far as the eye can see justifies much higher gold prices. Add in the political and economic uncertainties, including the potential for a US recession, and I think gold will breach US$1,600 before the end of the year,” Lundin told INN.

Lundin said that a resolution or common ground between the US and China over the trade war could cause gold to take a tumble, however.

John Kaiser of Kaiser Research had price predictions way out and above what the metal reached in the week after he spoke with INN in late July. He said at the time that the space was in the early stages of seeing a massive repricing for gold into the US$2,000 to US$3,000 range.

“This gold trend has legs to it; we’re at the beginning of a big cycle.”

In an email to INN in late August, Kaiser said that his position on gold is unchanged, “though gold’s rally may happen faster than I initially expected.”

Giving light to why it might happen faster, in a note on August 26, Kaiser said recent actions around the world are nudging US President Donald Trump “closer to a complete melt-down,” which is good for gold.

Another expert in the space, Brent Cook, who is co-editor of Exploration Insights, told INN in July that markets couldn’t be certain that gold’s upward trend was real until the price was proven to be sustained — which in August he told INN it was appearing to be.

“As I noted in our interview from the Sprott conference, central banks are buying, global rates are declining, the yield curve remains negative, a global recession looms and Trump keeps tweeting crazier and crazier things that don’t seem to be founded in reality,” he said in an email.

“The global geopolitical situation has gotten worse and uncertainty increased. This all makes gold a relatively safe haven for investors.”

Independent Speculator Lobo Tiggre said a month ago that gold’s ability to stay above US$1,400 at the time was proof it had broken out of the rut it had been in since early 2019.

He also said there was potential for the metal’s momentum to continue — which as we have seen, it did.

On August 26 on his website, Tiggre said that “gold wants to go higher,” justifying that take by pointing to the ongoing trade war, geopolitical tensions and the Fed decision on rates.

Finally, Brian Leni of Junior Stock Review told INN in July that “it is highly likely that we will see sustained high gold prices moving forward” — and that was before it broke above US$1,500.

Leni doesn’t focus on prices, however — he looks at the fundamental value of companies in that space.

“As a fundamental investor in companies, I think it’s more important to concentrate on what makes the company’s valuation prospective for investment.”

Speaking with INN a month later, Leni said that it would be wise for investors to buy physical gold and junior companies.

“Given the attention high gold prices bring to the precious metals companies, investment in the best junior resource companies should prove to be very profitable,” he said. “In all, I expect to see sustained higher gold prices in the future and with them, irrationally high junior gold company valuations.”

Investors are taking note: over the last few weeks on the TSX Venture Exchange, junior precious metals companies have been dominating top weekly gains for the exchange, with the majority of juniors on the rise being all about gold.