The fall is quickly approaching and Tuesday’s price action gave investors a slight tease of what the traditionally gold-friendly season has in store this year. The usual suspects—fear-induced investment demand and gold-hungry Asia—are still driving the gold bus home for the metal’s fans. 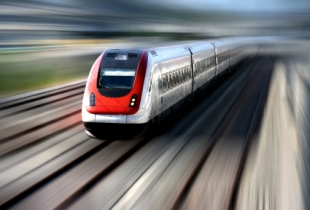 The fall is quickly approaching and Tuesday’s price action gave investors a slight tease of what the traditionally gold-friendly season has in store this year.

After posting some rather modest gains Monday, the price of gold rallied to high of $1,251.20 in New York Tuesday morning. The yellow metal finished the trading day at a healthy $1,248.70 an ounce on the COMEX.

Gold has jumped 5.4 percent in August, the greatest monthly gain since April. Many analysts feel the precious metal is on track to test the record high of $1,266.50 an ounce posted in June.

Equity markets have performed poorly recently as worries over a possible double dip recession have continued to grow. According to Bloomberg’s Pham-Duy Nguyen, the MSCI World Index of stocks is on track for the biggest monthly decline since May, falling 4.4 percent for the month of August.

“Gold will remain robust during 2010 as a result of accelerating demand from India and China, as well as increasing global investment demand driven by continuing uncertainty over public debt and economic recovery,” said the World Gold Council (WGC) in its Gold Demand Trends report for Q2 2010 released last week.

The WGC report showed total global demand rose 36 percent from last year’s Q2 to 1,050 tonnes, due in large part to a 118 percent increase in investment demand. Concerns over lagging economic recovery and likelihood of a double dip recession have caused many investors worldwide to turn to safe-haven gold.

“Gold is the primary beneficiary of this general angst over the economy,” said Matthew Zeman, LaSalle Futures Group metals trader. “The flight-to-safety bid is back on, and Treasury yields are a joke now. That’s a good setup for gold to go higher.”

Bloomberg’s Nicholas Larkin listed off a number of economic indicators likely giving investors the shakes this past week: in July, U.S. new homes sales slipped to an all-time low; in the second quarter, U.S. economy grew at a meager annual rate of 1.6 percent; economists expect U.S. growth will slow to 2.8 percent next year, compared with 3 percent in 2010, “according to the median of as many as 69 economists’ forecasts compiled by Bloomberg.”

Ironically, while the weak economic outlook in the U.S. is providing support for higher gold prices, so is India’s commanding economic growth.

The world’s biggest gold consumer posted an economic growth rate of 8.8 percent for the Q2 2010, mainly due to gains in the manufacturing sector that saw growth of 12.4 percent for the quarter. Growing economic strength means Indian buyers will have more cash going into the traditional gold jewelry buying season, which began last week with Raksha Bandhan and continues into November with the festival of Diwali, which leads into the wedding season of November to December and late March to early May.

Indian gold imports are expected to surpass 2009 levels, according to the National Spot Exchange Ltd, with purchases totaling 600 tons compared to an estimated 480 tons last year. The Asian nation’s demand for gold bullion nearly doubled in the first half of 2010 to 365 tons, noted the WGC report, and should hit the 2009 level in September.

Gold exchange-traded funds (ETFs) are quickly becoming a hit in India’s investment community. The country boasts seven such funds with a total of $420 million in assets as of July 30th, which is more than twice as much as last year, says the Association of Mutual Funds in India.

“Gold held by exchange-traded funds in India, the world’s biggest buyer of bullion, may surge as much as 17 times in the next three years as investors seek a refuge from financial turmoil and inflation,”  reports Madelene Pearson of Bloomberg. “Indian gold funds have gained an average 19 percent in the past 12 months, compared with a 25 percent jump in local prices, Bloomberg data show.”

The bulls lead the charge in gold price predictions with price ranges trending in the $1300s by the end of this year.

GFMS Ltd. analysts view economic woes, currency crises and inflation as forces pushing investment demand, which could help gold reach the $1,300 level in 2010. Goldman Sachs agrees with that estimate as does Peter Hillyard, head of metal sales, Europe at ANZ. “People are fearful enough of what else is going on in the economy and that is sufficient to justify what is going on in gold,” said he said. “It’s a bit of a continuation of what is going on in other markets with month-end and I think $1,300 is on the cards…certainly for September.

Gold’s 10th year overall rally is expected to continue into 2011, according to many analysts forecasts. Landesbank Baden-Wurttemberg analyst Thorsten Proettel, billed by Bloomberg as “the most-accurate forecaster in the first quarter,” is looking for highs of $1,350 an ounce next year. Anne-Laure Tremblay, BNP Paribas SA analyst, also hailed by Bloomberg as a star forecaster, puts 2011’s high at $1,370 an ounce.

Another analyst on Bloomberg’s dream team of gold forecasters, Commerzbank AG’s Eugene Weinberg sees the yellow metal scoring a high of $1,400 in 2011. And Deutsche Bank’s Dan Brebner says $1,550 an ounce next year is a possibility.

More contrarian price views do exist. Jan Nelson, CEO of Pan African Resources (LON:PAF), believes the precious metal will trade between $1,000 an ounce and $1,200 an ounce in the next year. “We would obviously be happy if gold prices continued to go up, but we do believe prices are set to stay in this range in the next year,” Nelson told Dow Jones Newswires.

While National Bank analysts are reasonably bullish on gold prices in 2011, with an outlook of $1,300 an ounce, its analysts believe prices will fall to $950 by 2014.

Rising gold prices over the past year have triggered a tsunami of M&A activity in the gold mining sector as larger mining firms buy up their junior counterparts in a race to build up shrinking reserves and take advantage of record prices. According to Bloomberg data, “gold companies have completed or are evaluating $37.5 billion of acquisitions this year, more than double last year’s total.”

What is Technology Investing?
Metals Weekly Round-Up: Stimulus Gridlock Weighs on Gold
Investing in Lithium After Tesla’s Battery Day
What Was the Highest Price for Gold?