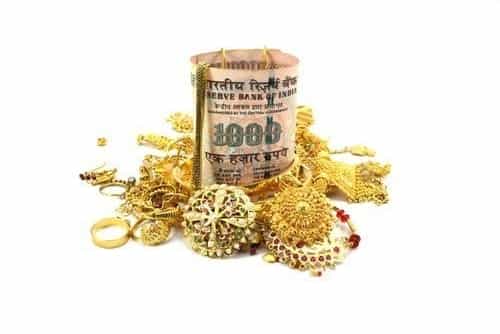 While India is known for its gold consumption, the country also produces the metal and has plans to increase its output in the coming years.

While new taxes and a credit crunch slowed India’s gold demand by 14 percent last year, the country’s gold market remains one of the largest in the world as it continues to consume and produce the metal.

Despite the decline in recent years, gold remains popular in India thanks to the fact that it is considered a good omen for weddings and festivals. Because of that, steps are currently being taken in order to increase the appeal of the yellow metal throughout the country.

Read on for a breakdown on gold mining in India, from the importation and production of the yellow metal to what the gold space may look like for India in the future.

According to Refinitiv’s latest Gold Survey, gold demand in India slipped 14 percent year-on-year, collectively consuming 757 Mt of the precious metal in 2018. Additionally, total consumption, which includes investment, jewelry and industrial demand, fell 12 percent to 690 Mt. Agricultural income growth and high gold prices — driven by the huge depreciation of the rupee against the US dollar — are the two main catalysts behind the slump.

Jewelry consumption has also declined in the last few years, with the country’s demand dipping 14 percent to 539 Mt in 2018. Additionally, jewelry fabrication fell by 12 percent year-on-year to 632 Mt, reversing gains made in 2017; fabrication jumped to its second highest level on record that year, coming in at 718 Mt.

Although 2017 saw a huge 30 percent increase in the retail consumption of gold, a new tax system was introduced in India last year that caused jewellers to abandon expansion plans and even reduce the amounts of gold they could or would sell.

Due to this, gold smuggling continued to thrive in the country as importing the metal for domestic use was essentially banned until 1990. However, due to the fact that demand for the metal still existed, between 10 and 217 Mt of gold were brought into the country each year between 1968 to 1995.

Import duties are part of the reason illegal gold trade thrives in India, but they’re not entirely to blame. India’s slow gold production rate is also part of the problem. India produces only about 2.8 metric tons (Mt) of gold annually, according to The Hindu.

The reason India’s production is so low is that it contains only three producing gold mines: Hutti, Uti and Hirabuddini. However, at one time, India was a much bigger gold producer, having mined at Kolar gold fields since the time of the Indus Valley civilization. Indeed, the Guptas, the Cholas, the Vijayanagar Empire and Tipu Sultan all engaged in mining there when they ruled, according to The Hindu, though it was only in the 1850s, under British rule, that large-scale mining began.

Later, in 1956, the city of Mysore’s government gained control of the mines at Kolar Gold Fields; they were later obtained by the national government’s Ministry of Finance in 1962. In 1972, ownership was transferred to Bharat Gold Mines. Unfortunately, increasing costs and decreasing resources led to the mine’s closure in 2001.

Hutti Gold Mines is a gold producer residing in Karnataka and is currently owned by Karnataka’s government. Formerly Hyderabad Gold Mines, Hutti is now the only company in India that both mines and processes gold ore. It produces gold from its main asset, located in Hutti, as well as from satellite mines near the site.

In 1985, two copper companies, Chitradurga Copper Company and Karnataka Copper Consortium, were amalgamated with Hutti, allowing the miner to also produce the base metal.

Hutti uses an extraction method that was developed with the help of the Indian Institute of Science in Bangalore. It oxidizes sulfides through the use of bacteria, a process that releases gold. This method also produces other precious metals in sulfides, such as silver. Hutti constructed its first bioreactor for this process in 2001.

Currently, Hutti barely produces 2.65 grams of gold per metric ton of ore extracted and processed at its asset. However, the recent surge in gold prices has encouraged the government to increase its production of the yellow metal.

The company is in the process of escalating its output by improving efficiency and reducing breakdowns. The efforts made by Hutti have begun to take effect, and during the first four months of 2019, production increased by 28 percent to 575 kilograms (kgs).

Moving forward, Hutti is hopeful that it will be able to increase production at its gold mine by 8.5 percent to 1.8 Mt during this year compared to the 1.66 Mt output in 2018.

Gold mining in India: The future

Due to the fact that Hutti is the source of India’s gold production, the company is setting up milestones that it is eager to hit within the next few years. Hutti is extracting approximately 0.6 million Mt of ore at its underground mines in Raichur district, and it is currently extracting gold at a depth of 850 meters.

Once the planned expansion has been completed, its daily extraction of ore will rise to 3,500 Mt and gold output is estimated to reach 3 Mt per year. Seven years ago, Hutti embarked on a massive expansion at its assets in Hutti and to date it has sunk a six-meter wide circular shaft to a depth of 1,000 meters. This shaft is expected to be ready for operations at the beginning of 2020.

Additionally, the miner is investing funds to set up an extra ball mill to increase the gold ore processing capacity and provide several amenities to its employees, including a 120 bed hospital at the staff colony.

Hutti is also in the process of preparing a vision document, which it hopes will flesh out further expansion and extend the life of its miners. “We are in the process of hiring an external agency to prepare a vision document which will give us new options to increase the life of our mines,” D’Souza said. “We are constantly looking for opportunities to explore new gold reserves both in Hutti and adjoining areas. The document will give us a mining plan for the next 25 years.”

Hutti currently has enough ore available for the next 69 years, with approximately 41 million Mt of gold ore to be mined at a rate of 0.6 million Mt per year.

“We are a debt-free company and we have enough reserves to take care of our expansion programme,” D’Souza added.

Finally, the company also plans to undertake gold mining in adjoining areas and has applied to the government for permission.

In addition to a plan to increase production, refiners have increased their share in the bullion market by 25 percent, and, for the first time, India takes its spot as the largest bullion supplier. Banks within India continue to provide bullion bars through gold metal loans, making up 70 percent of its total supply.

The WGC also noted that now is the perfect time for a sophisticated bullion banking system within India due to the fact that the Indian gold spot exchange is expected to launch in the near future. The launch will be a key moment in the development and formalization of the domestic gold market.

The WGC suggests that it is imperative for commercial banks to be part of that journey as they can offer several bullion banking products and services to customers along the gold value chain. Due to the fact that Indian commercial banks are currently in a position to embrace bullion as an asset class, the country will be able to reap significant benefits, both within its gold market and across the wider economy thanks to a more robust bullion banking industry, which can only help gold mining within the region.

Want an overview of investing in gold stocks? Check out An Overview of Gold Stocks and Price.

This is an updated version of an article first published by the Investing News Network in 2014.