Recent research by New Frontier Advisors, commissioned by the World Gold Council, offers statistical analysis regarding the diversification value of gold exposure to an investment portfolio of a Euro denominated investor. 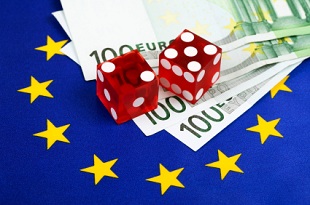 Recent research by New Frontier Advisors, commissioned by the World Gold Council offered statistical analysis regarding the diversification value of gold exposure to an investment portfolio of a euro denominated investor. The report provides a conservative strategic return expectation.

Results concluded that an optimal strategic allocation to gold for euro-based investors could be as high as 10 percent for portfolios of primarily equity-based investors, to a range of 4 to 9 percent for portfolios split 50 percent between equities and bonds, and between 2 to 3 percent for the most diversified and lowest risk portfolios. The research methodology applied a ‘Michaud optimization’ that is suggested to provide provably enhanced out-of-sample performance and allows the analysis of the statistical significance of an individual asset within an optimized frontier portfolio.

Best selling author and economics professor Niall Ferguson advises BNN on some of the concessions being considered for any reconstitution of the European Union could result in the departure of Great Britain, “the possibility is that a government says ‘forget this, we are out’. There was a moment when it began to seem as if we might see a disorderly default in Greece. In other words, the government would not honor its pledges and that really would have set off a series of chain reactions.”

Gabriel Stein, Director & Economist of Lombard Street Research, indicated some perspective on the most recent European Central Bank’s interest rate decision and whether European leaders will be able to resolve critical issues, “what is really interesting right now is what will come out of the Euro summit. We have to assume that Nicholas Sarkozy and Angela Merkel have informed Mario Draghi in greater detail than they have told the rest of the world what they are going to do. He has said that the ECB will only act temporarily. If there is a fiscal compact that is credible he has implied that it will expand its bond buying program. That will be very good news for the Euro.”

Historically, lower interest rates are positive catalysts for gold prices as the reduced rate devalues the underlying currency, but lately the euro and gold have been relatively strongly correlated in opposition to the US dollar. If the market interprets the interest rate cut as helping the Eurozone, gold might appreciate with the euro; however, if the reduction is interpreted as devaluing the currency, both asset classes may demonstrate signs of weakness. A potentially confusing situation could keep the spot market gold price trapped within its current trading range.

The spot market gold price declined as the ECB cut interest rates to 1 percent and provided liquidity for European banks, but disappointed bond markets. Gold valuations are trading in the range of $1707.60 per troy ounce down 2 percent from the close of the previous trading session. Gold investors and industry stakeholders will be looking ahead on Friday for further developments in Europe, in addition to the United States’ international trade data consisting of export, import and trade balance results for the month. The international trade balance for the United States has posted a deficit almost continuously since the 1980s. Disappointment on consensus forecasts could be demonstrated to support exposure for gold and mitigate the risk of weakness in Europe.