Although forecasting the price of gold has recently become an activity that has enjoyed as much consideration as the universal pastime of speculation for gasoline prices at the pump, recent global conferences have attracted some interesting participants in projecting future gold price targets. 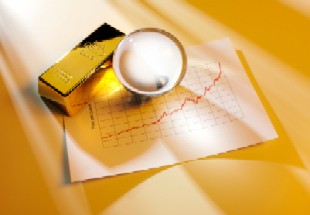 Although forecasting the price of gold has recently become an activity that has enjoyed as much consideration as the universal pastime of speculation for gasoline prices at the pump, recent global conferences and media appearances have attracted some interesting participants in projecting future gold price targets.

The Discovery Invest Leadership Summit this week in South Africa, featured the widely recognized Economist and New York University Stern School of Business professor, Nouriel Roubini stating, “If my [double dip recessionary threat] outlook is correct … I expect there will be further down risks for commodity prices. The only exception might be precious metals and gold [prices]. Because it is going to be a world in which banks are not safe and governments are not even safe … gold might become a hedge, not against inflation, but against the risk of another financial crisis.”

Delegates at the London Bullion Market Association conference polled on their predictions for the gold price indicated they expect the price of gold to continue its considerable appreciation to the range of $2,019 per troy ounce by next year’s conference on November 5. A survey at the event in Montreal further showed the top three perceived risks for the current gold price are the change in the global interest rate environment, a resolution of the sovereign debt crisis and a fall in investment demand amid extreme volatility. Interestingly the poll indicated that around 80 percent of delegates have less than 10 percent of their assets in gold, while only 9 percent have between 10 to 20 percent of their assets invested in gold.  The conference included more than 500 market participants representing mining companies, central banks, commercial banks, refineries, and fabricators.

During a recent interview with the Business News Network, John Ing, President of Maison Placements Canada, said, “what’s moving gold is a lack of faith in currency, specifically the US dollar.”  Speaking about the historical significance and defending his $3,000 per troy ounce price target, “Gold has had a four thousand year plus history as a medium of exchange and is the default currency.” Looking into the immediate seasonal future, Mr. Ing points to potential further fundamental support for gold prices, “gold purchases by both the Indians and the Chinese will be more than 50 percent higher this year and this is with the higher price of gold.”

Eric Sprott, the Chief Executive Officer for Sprott Asset Management has forecast that the gold price could reach $2,500 per troy ounce during next year because Europe’s debt woes are now “too big to handle.”  Mr. Sprott has long been an unapologetic gold bull predicting, “If governments keep printing more money, the price can go anywhere. It could go to $10,000 per ounce, it could go to $20,000 per ounce.”

A short term outlook for Deutsche Bank’s RREEF Commodity Advisors is more cautiously bullish for continued gold price appreciation citing risks for currencies such as the dollar, the euro and yen. In a Reuters interview, Theresa Gusman, global head of the group, indicates, “we believe gold prices will continue to move higher. It continues to represent a safe haven in a period of paper currency debasement” with a long standing price target of the precious metal well above $2,000 per ounce.”

Along the theme of financial volatility Newmont Mining Corporation (TSX:NMC,NYSE:NEM) Chief Executive Officer, Richard O’Brien has recently stated that gold may rise to $2,000 per troy ounce by the end of this year and $2,300 an ounce by the end of next year because of investors buying the metal as a safe haven during capital market instability. According to an interview with Bloomberg at the 2011 Denver Gold Forum in Colorado Springs, Mr. O’Brien provides his perspective for investors of how he expects to operate the senior level gold producer, “We’re going to continue to be in a bullish gold-price environment for the next five to seven years.  It’s going to take that long for people to get their fiscal house in order.”