GFMS Group’s well-respected annual Gold Survey report is out for 2010, but what’s got most in the precious metal markets talking is the comments made by Philip Klapwijk, chairman of precious metals research at GFMS, during an interview with Reuters: “There are pointers to the fact that we are entering the final stages of a bull market.” 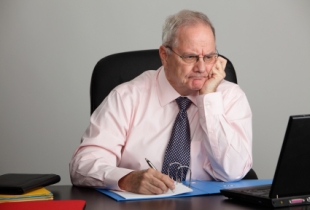 Spot Gold has struggled to maintain breaks past the $1,160 resistance level this week after rising to a four-month high of $1,168.70 an ounce on Monday. Movements in the currency markets, particularly amongst the dollar and the euro, continue to influence gold’s direction.

Earlier in the week, gold got a lift from a stronger euro vs. the dollar on news that European leaders had agreed to an emergency-loan facility at 5 percent for Greece; however, investors later had second thoughts about the viability of the plan to aid Greek debt and the yellow metal sank as funds flowed out of the euro and into the perceived safety of the dollar.

Profit-taking is also plaguing gold as any breaks above $1,160 are prompting some investors to sell, dropping spot prices back down to the $1,150 support level. And higher prices are keeping physical buyers in China and India out of the market, placing further downward pressure on gold.

Gold in New York dropped against a rebounding dollar Thursday morning to as low as $1,149.60 an ounce, but managed to pick up its losses soon after hitting a high of $1,162 mid-day, closing just a tad under $1,160 an ounce.

Over the short-term, the yellow metal is expected to face further resistance at the $1,160 level while finding good support around $1,140 to $1,150 an ounce, says Deutsche Bank trader Michael Blumenroth. “That has been established as the downside as we take a breather and get some strength for the next upward move. I think $1,180 will be the target next week, and ahead of May.”

The euro and the dollar will continue to provide direction so keep an eye on news out of the US and the euro zone.

The investment bank has reduced its 2010 average gold price forecast to $1,165 an ounce, attributing a reduction in upside to higher US real interest rates as economic activity strengthens. However, it has raised its 2011 target to $1,350 an ounce.

“While we expect gold prices to increase in 2010 and 2011, the rising risk of tightening monetary policy suggests this is a good time for gold producers to begin scaled up hedging of forward production, particularly for calendar 2011 and beyond,” said the bank in its latest Commodity Watch report.

GFMS Group’s well-respected annual Gold Survey report is out for 2010, but what’s got most in the precious metal markets talking is the comments made by Philip Klapwijk, chairman of precious metals research at GFMS, during an interview with Reuters: “There are pointers to the fact that we are entering the final stages of a bull market,” warned Klapwijk.

The problem is with the fundamentals of gold, which bearish (or pragmatic) analysts have been saying are not at all supportive of the current rally. The idea is that speculative investment demand is what has really been driving the price of gold, and once this fervor is swept aside by rising real interest rates and a return to economic stability, prices will dip back below $1,000 an ounce and become more in line with the current supply/demand fundamentals, which point to heavier supply over actual physical demand.

Despite the predicted demise of the gold bull over the long-term, Klapwijk and GFMS think the legendary bull still has a good 6 to 12 months left in him and the Group puts prices near $1,300 an ounce at the end of 2010 on higher investment demand.