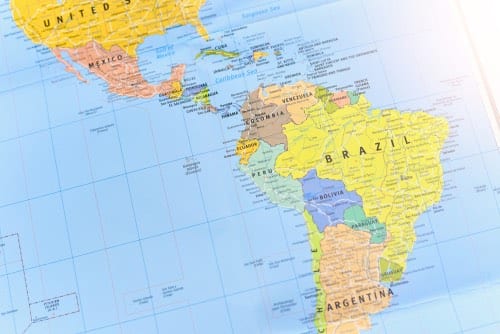 The two Canadian companies expect to merge in Q1 2020 to create a premier Americas-focused gold-mining company with six operational mines.

Equinox Gold (TSX:EQX,NYSEAMERICAN:EQX) and Leagold Mining (TSX:LMC,OTCQX:LMCNF) plan to merge in the new year, creating what Equinox Chairman Ross Beaty describes as “one of the world’s largest gold companies operating entirely in the Americas.”

In a joint release on Monday (December 16), the two Canadian gold miners said that they have entered into a definitive agreement to combine in an at-market merger.

Operating under the name Equinox Gold and headquartered in Vancouver, British Columbia, the new company — assuming it holds on to all current assets — will have six operational mines across the US, Mexico and Brazil. Combined they are expected to produce 700,000 ounces of gold in 2020, with plans to produce over a million ounces going forward into 2021.

Beaty, who will serve as chairman of the combined company, hit all the expected notes in the release, saying that the new Equinox Gold of 2020 will have strong financial and operating metrics. He also said its larger and more diverse asset base will give it more liquidity and a lower risk profile.

“This is the kind of gold company investors want today and I’m very pleased we are combining forces to achieve it,” he said.

Leagold shareholders will get 0.331 of an Equinox Gold share for each Leagold share they hold, which Equinox said implies an at-market consideration of C$2.7 per Leagold common share.

“At closing, existing Equinox Gold and Leagold shareholders will own approximately 55 percent and 45 percent of the merged company, respectively, on an issued share basis,” states the release.

Beaty, who founded Equinox Gold back in 2007, will be investing US$40 million in a private placement to maintain his 9 percent stake in the company, staying true to comments made to the Investing News Network earlier in 2019 — at the time he said he will remain a major investor in silver and gold, even though he plans to bookend his career with Equinox Gold.

“This transaction is a rare opportunity to combine companies with common business plans and growth strategies, complementary assets and management teams that can be integrated effectively,” said Woodyer in Monday’s release.

The merger fits in with the ongoing theme of the last 12 months or so, as more gold companies seek to tie themselves together in mergers around the world. For Equinox Gold, the merger represents the realization of its goal to become a million-ounce-per-year gold producer.

Besides the US$40 million in financing from Beaty, the transaction will also be backed by a US$130 million investment from Mubadala — Abu Dhabi’s sovereign wealth fund — and a syndicate of banks comprised of the Bank of Nova Scotia (TSX:BNS), Société Générale (EPA:GLE), the Bank of Montreal (TSX:BMO) and ING Capital for a four year revolving credit facility of US$400 million to refinance existing debt and credit facilities.

Shareholders of both Equinox Gold and Leagold are expected to meet to vote on the merger in January next year, with the transaction expected to close in Q1 2020.