Arbitrade, a Canadian coin and cryptocurrency exchange, has used bitcoin to purchase a set of three solid gold artifacts associated with Nelson Mandela.

After going up for sale in January, a unique collection of gold artifacts associated with former South African president and activist Nelson Mandela has been sold for US$10 million.

The collection, which includes a solid gold hand and fist cast in Mandela’s lifetime by Harmony Gold Mining (NYSE:HMY), was purchased using bitcoin by Arbitrade, a Canadian coin and cryptocurrency exchange.

The sale was finalized at this year’s PDAC convention in Toronto, and the sale was announced last Friday (March 16). In addition to the solid gold hand and fist, the collection also includes a palm impression of Mandela’s right hand.

Prior to the sale, Malcolm Duncan, the collection’s owner, estimated that the artifacts were worth up to US$13 million, and expected to be able to sell the set for between US$6 and US$10 million.

According to Duncan, a Calgary-based businessman who knew Mandela, Harmony originally planned to manufacture 27 sets identical to the one that was just sold, with each standing for one year of Mandela’s imprisonment. However, ultimately Duncan’s collection was the only complete set created. It represents 1990, the year Mandela was released from prison.

“The beauty is that there would have been 27 sets,” Duncan explained via phone prior to the sale. “Now there’s only one set in the entire world.” In addition to the 1990 set, an incomplete set representing 1964 exists. It consists of a hand and a fist, and Duncan is in possession of the fist. 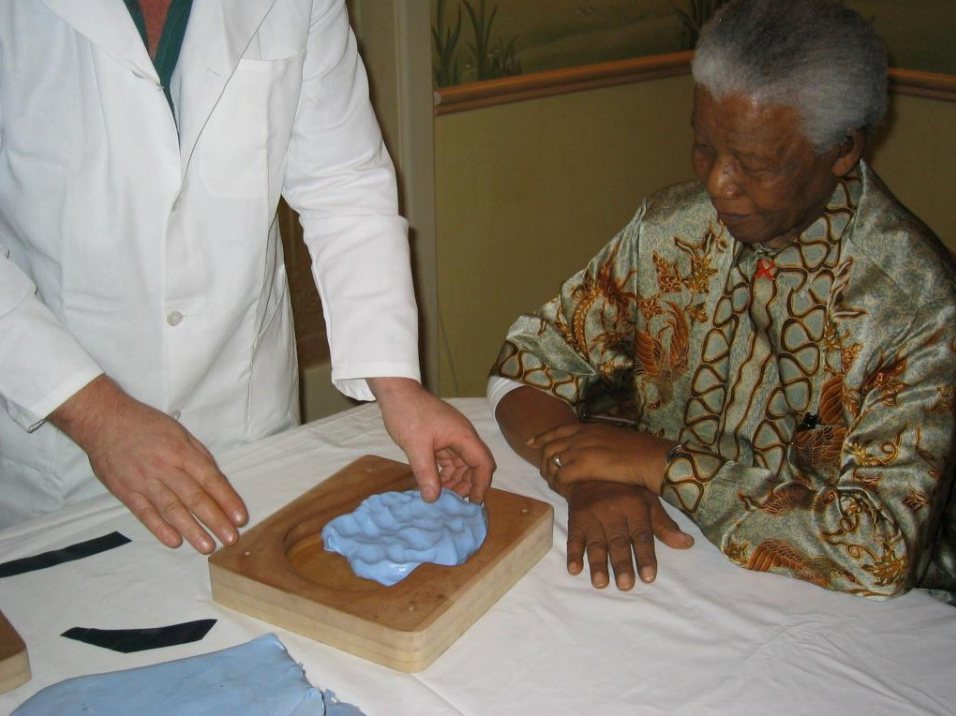 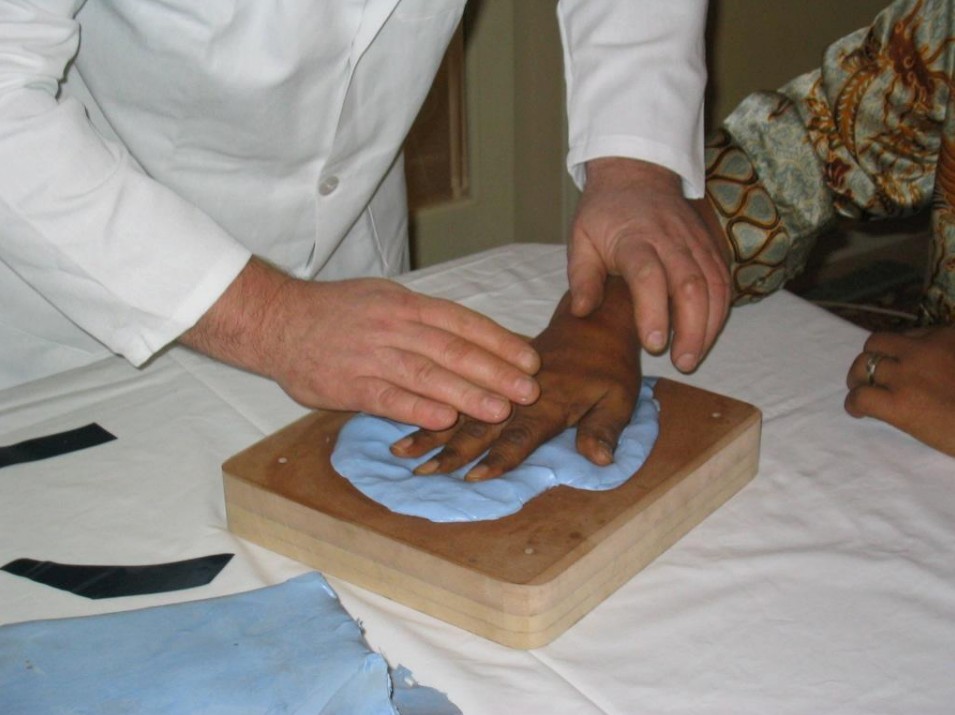 Duncan’s path to owning the artifacts is an interesting one. He contributed to a South African breast cancer clinic opened by Mandela, and was given the opportunity to buy the gold hands on the condition that he donate an equal sum of money to a charity chosen by Mandela.

He purchased them in 2003, a year after they were cast, and held onto them for years before trying to sell them. Unfortunately, the first time he tried to do so he hit a snag — he was unable to get Harmony to verify that the artifacts were authentic, and the deal fell through. Duncan persevered, however, and in December 2016 he received a certificate of authenticity from Harmony.

“I think that the time is right [to sell the artifacts],” Duncan said in February. “I have a written and signed certificate from Harmony — it’s the perfect time to try to sell them.” The certificate verifies that the hands were cast by Harmony, and were made during Mandela’s lifetime with his knowledge; it also states that the three-piece collection is the only full set ever produced.

The set of three artifacts sold by Duncan weighs nearly 20 pounds and is 99.999 percent solid gold. Interestingly, when Mandela cast his fist he chose to position his thumb next to his fingers as opposed to in front, believing the shape was less aggressive. 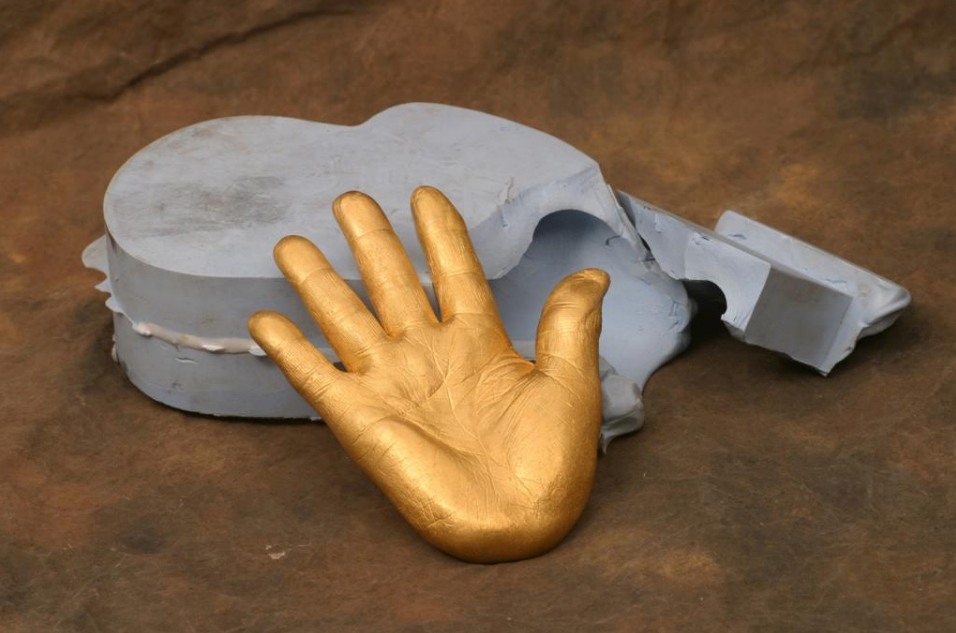 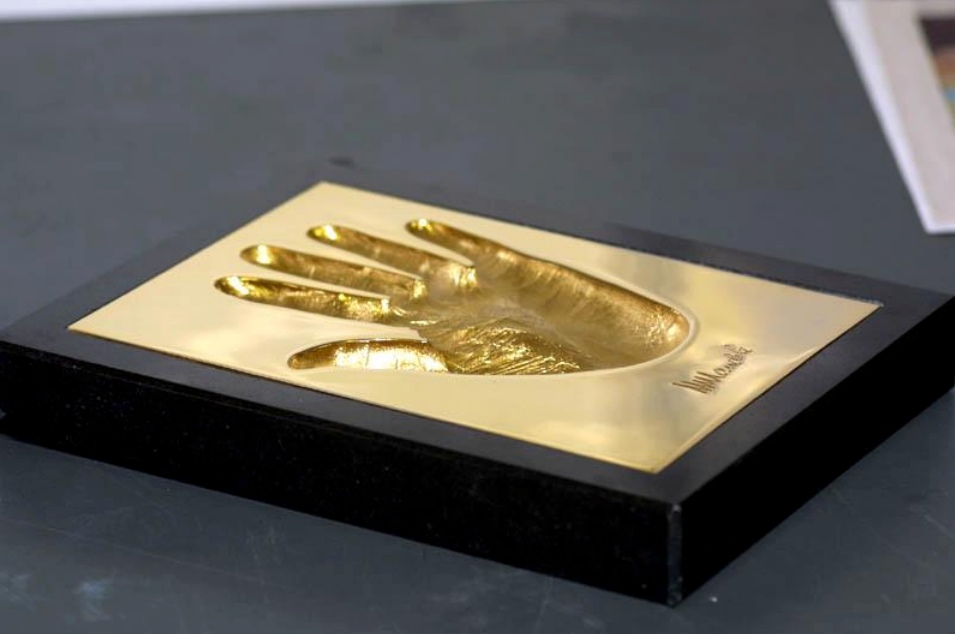 Len Schutzman, chairman of Arbitrade and a former exec at PepsiCo (NASDAQ:PEP), Frito-Lay and Papa John’s (NASDAQ:PZZA), said the purchase of the collection “will be the first of a series of announcements we shall be making in regard to gold that will back our cryptocurrency, Dignity (DIG).”

Arbitrade plans to complete a global tour in order to exhibit the artifacts around the world. “It is our honor and privilege to celebrate the life and legacy of Nelson Mandela,” said Schutzman, adding, “[i]n the global tour we shall be making with the collection, we will be celebrating his life, which has been a gift and a shining light for us all to remember and to follow for ages to come.”

The purchase has been recognized by G.G. Oliphant, South Africa’s deputy minister of mineral resources, as well as Nyameko Goso, South Africa’s consul general in Toronto.

“We thank Arbitrade for helping us celebrate Nelson Mandela’s 100th Anniversary in this very special way and keeping alive his great legacy. At the same time, the purchase of this remarkable collection made of South African gold, is also a tribute to South Africa’s gold mining industry who have contributed so much to the gold market and mining over the many years,” said Goso.

Arbitrade will announce later this week where the collection will be exhibited.

All images courtesy of Malcolm Duncan. Click here to view the full set of images.