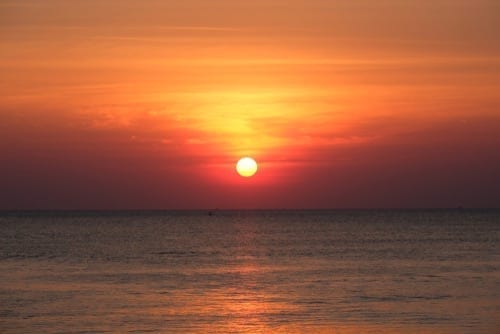 INN asked Brent Cook, David Erfle, Mickey Fulp, Rick Rule and Lobo Tiggre for their thoughts on the decade that was.

As the 2010s come to an end, the curtains are falling on a decade that, all things considered, was pretty damn busy for resources.

The decade started in the immediate aftermath of the global financial crisis and saw a rash of commodities roar in popularity and price, then wither away all in the space of a few years — and the Investing News Network (INN) was there for it all.

To get a good look at the sector over the past 10 years through the eyes of the experts, INN reached out to some of the big names to ask what they thought of the decade that was.

In alphabetical order, INN spoke to Brent Cook of Exploration Insights, JuniorMiningJunky Founder David Erfle, Mercenary Geologist Mickey Fulp, Sprott’s (TSX:SII,OTC Pink:SPOXF) Rick Rule and the founder of Independent Speculator, Lobo Tiggre. Read on to find out what each expert had to say.

Question: What was the biggest story in the resource industry in the last 10 years?

Each expert gave wildly varying accounts on what they thought was the biggest story in the sector over the last 10 years, from price fluctuations to the rise of China to the “epic” bear market.

Tiggre paid tribute to the broader gold story over the last decade, but commented, “(While) the major surges and retreats that rocked gold and uranium are big and important stories … I suspect that future historians will look back onto the 20-teens as the decade the world began its shift from burning fossil fuels to the new energy paradigm.”

He believes that, as the markets realized the potential applications of more energy-dense batteries, the proliferation of lithium-ion battery technology was in hindsight a game changer.

“The energy density of the lithium-ion battery was such that it opened up vast new applications that hadn’t even been considered before, and ultimately led to Tesla (NASDAQ:TSLA) changing the automotive industry,” he explained.

Tiggre added that given that the new energy paradigm is changing how humans live and experience society, it is a bigger story than the gold spike or uranium meltdown of the last decade.

“Every child now has the sum total of human knowledge — at least in the developed world — at their fingertips,” he said.

Speaking of changes in development, the world of 2019 is a vastly different place to what it was in 2009 — and that’s in no small part thanks to the rise of China, which Cook highlighted as his choice for the biggest story impacting the resource sector over the decade.

Cook said that the East Asian superpower’s rise and industrialization pushed up commodities demand, prices and equities to all-time highs — and then lows — following the 2008 to 2009 financial crisis.

“The industry has yet to recover from that disaster,” he said.

Following on from that, Rule said that the “incredible bear market” in resource equities was easily the biggest story of the decade.

“The junior sector in particular suffered a decline — when you measure it by the Toronto Stock Exchange junior resource index — of 88 percent. “This is an absolutely epic, epic decline.”

Rule said that the fall was simply the flipside of the bull market of 2000 to 2008, however.

“I would say the most dramatic event the resource markets went through was the incredible decline in resource equities, but in particular junior resource equities … I think the silver lining in that is that bear markets are the authors of bull markets. And the bear market we’ve been through is certainly one for the record books,” he noted.

When asked about specific stories, Rule named the discoveries and developments from Canadian billionaire financier Robert Friedland in the Democratic Republic of the Congo (copper) and South Africa (platinum), even if they were “hidden in the decline.”

“The investors’ reaction to that has been muted because the copper price and the platinum price has been soft and because equities markets have been constrained. But the success exhibited by a few incredibly successful people, during an otherwise very hard decade, is something that will bear fruit for 30 or 40 years for speculators,” he said.

Fulp said that in his opinion, the biggest story of the decade was the 2011 Tōhoku earthquake and tsunami in Japan and the Fukushima disaster that followed, because of what it triggered in the uranium space and the broader commodities markets.

“It was the catalyst that killed the bull market in commodities,” said Fulp, adding that when Fukushima happened in March 2011, “metal prices were at all-time highs (and) the TSXV was just off a high of 2,440.”

“I look at it as the catalyst that precipitated the collapse of the venture exchange,” he said, pointing out that since then the TSXV has never returned to those highs. In fact, since mid-2014, the TSXV has not peaked above 1,000 points, and through 2019 wallowed between 522 and 640 points.

Erfle went for gold, saying he believes that discoveries in Western Australia by Canada’s Novo Resources (TSXV:NVO) were a major development, specifically the company’s ability to mine alluvial gold economically.

“The news of this discovery has brought credibility to the president of the firm, Quinton Hennigh’s, theory of the Pilbara region of Western Australia having similar mineralization potential as the famous Witwatersrand Basin in South Africa,” said Erfle, who added that the Witwatersrand Basin has produced 1.5 billion ounces of gold since 1886 — or 50 percent of all gold mined on Earth.

“Fast forward to the present, the company has had some amazing success using unconventional techniques to sort nuggety gold from waste rock with sorting machines that were developed for the trash industry to separate glass, plastics and metals. They have been able to sort pinhead-sized gold without the need for water, which is scarce in the outback region of the Pilbara,” he said.

“The mining space has been waiting over 20 years for a major discovery which can be significant enough to bring in much more retail investment into this tiny sector.”

Question: What was the main theme of the decade for resource investors?

Each expert gave similar responses to this question, with all of them pointing to what a wild ride the decade has been for investors.

“This decade has been a rollercoaster ride as we saw the end of a massive up-leg in gold from its top at the beginning in 2011, only to come crashing down to a significant bottom in late 2015,” said Erfle.

“The main theme has been accumulating the best-in-breed juniors in the middle of the decade, then having the patience to hold them for the next up cycle, which in my opinion began towards the end of this decade.”

For Rule, the theme was the bum rush on the door.

“Many investors were looking for, and found, an exit,” he said. “The overall theme of the decade we’ve just been through has to be described really as shrinkage. Shrinkage in expectations, shrinkage in participation.”

“One can expect, now that reality is interfering with the dreams in those sectors … I think resources will begin to reflate,” he said.

While Rule cautioned that he isn’t suggesting funds will flow into resources like in the 2000s, he said conditions are looking better. “(That is) simply because for many, many, many years it has been true in cyclical sectors like resources that bear markets are, in fact, the authors of bull markets and vice versa.”

Cook also believes investors are staying away. “For resource investors I would say (the main theme was) risk aversion and depression as investment and speculative money went into the major equity markets.

“This issue was particularly damaging as passive investment vehicles and exchange-traded funds attracted a larger portion of any available money, thereby adding no new development money to the mining sector,” he added.

“They haven’t recovered (from their lows),” he said, noting that while some commodities have managed to claw their way halfway back to their highs, uranium still wallows.

What caused the initial booms was China and its relationship with the US. “The boom was fueled by China, and (then) slowed by China and trade snafus between the US and China.”

On what’s next, Fulp said that he believes that the idea that gold could go as high as US$2,000 is “ludicrous,” while industrial metals “will not recover until (US President Donald) Trump has decided that China has had enough.”

Tiggre offered a mite of wisdom on what he thinks was the theme of the decade for investors.

“I’m not sure there was just one. But if there was, I’d say it was what my friend Doug Casey calls learning to make volatility your friend.”

Question: What was your best commodity or investment for the decade?

Finally, INN asked each expert what their best investment was over the decade.

Erfle leaned into his above comments on Novo Resources, naming it (and its focus on gold) as his best investment over the past 10 years.

Tiggre said that for him personally, gold was his best commodity, but “in terms of big winners for my readers, it may have been silver.” He added that the next decade could yield gains for uranium.

Fulp said that the best investment for him was rare earths “undoubtedly.”

He explained that he was ahead of the previous surge in interest in rare earths over 2010 and 2011, making the elements lucrative for him — though he noted that the companies of the previous spike are now delisted from the NYSE, and many are now trading as penny stocks on the TSXV.

When asked about the current discourse around rare earths development in the US, Fulp said that are a few issues.

“The key to rare earth element development in the US and China is there are no economic primary deposits (in the US),” he said.

“(However,) there are sufficient mine tailings from heavy mineral sands, stockpiles or waste piles that have such significant quantities of monazite that in some cases you can just scoop it up and process it for rare earths,” he said.

Rule said, “Easily for me, the activity that treated me the best was participating in senior secured lending syndicates, providing project finance in construction for mining companies.

“On balance sheet, those activities for Sprott generated circa 15 percent internal rates of return annualized. While … the junior resource index suffered in excess of an 80 percent decline, a 15 percent annualized return on balance sheet at Sprott is a great absolute return. But when you compare 15 percent compounded annually with a loss in excess of 80 percent for the index, the outperforming of lending in junior resources relative to equity became extraordinary.”

One response to “Big Booms and Epic Declines: 5 Experts Sum Up the Decade in Mining”