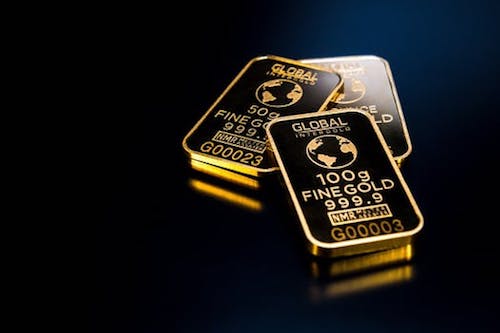 Looking for the best gold stocks? These TSX-listed gold companies have seen the biggest year-to-date gains so far in 2019.

While gold managed to rally from the lows seen throughout most of 2018, the yellow metal only saw slight gains, climbing just under 1 percent in the first quarter of 2019.

However, despite a slow rebound, many gold companies managed to make progress and increase earnings from their assets. Now that Q1 has come to a close, the Investing News Network has rounded up the best gold stocks on the TSX that have seen the biggest share price gains year-to-date.

The list below was generated on April 9, 2019 using TradingView’s stock screener. All companies listed had market caps above C$50 million at that time.

Founded in 1996, Wallbridge Mining has several assets in Sudbury, Ontario, along with two projects in Quebec. Additionally, it has an 11.5 percent stake in Carube Copper (TSXV:CUC), which gives the company access to copper and gold exploration activity in BC and Jamaica.

On February 21, the miner intersected 12.7 grams per tonne gold over 2.71 meters within newly discovered broad gold mineralization 300 meters southwest of the Fenelon deposit in Quebec.

Towards the end of the quarter, the company intersected six shear zones bearing gold as well as other minerals in the first hole of a 2019 drill program for its Area 51 discovery.

Gold-focused Tanzanian Royalty has assets in the United Republic of Tanzania. Its advanced stage projects include the Buckreef, Kigosi and Itetemia gold projects.

At the beginning of the quarter, the miner began Phase 1 of a planned three phase drill program with the goal of increasing the robust economics of the Buckreef project.

Eldorado Gold’s portfolio includes gold and polymetallic assets at various stages of exploration, development and production. The company has existed for over two decades and currently operates on three continents.

Near the end of February, Eldorado released its 2018 year end and Q4 financial and operational results, revealing that revenue was up and that it had exceeded its original guidance for the year.

Finally, at the end of Q1 this year, Eldorado achieved commercial production at its wholly owned Lamaque mine in Quebec. Lamaque is forecast to produce 100,000 to 110,000 ounces of gold in 2019.

Alacer Gold has an 80 percent stake in the Çöpler gold mine in Turkey. Çöpler has a mine life of 20 years, and the company’s goal is ultimately to produce from multiple mines in the country.

Formed via a 2003 merger, Alamos Gold operates four mines in Canada and Mexico, and has exploration and development projects in those countries as well as Turkey and the US.

In 2017, the miner completed a US$250 million equity financing and subsequently retired US$315 million in senior secured notes. That same year, Alamos acquired the company Richmont Mines along with its Island gold mine, located in Ontario, Canada.

At the beginning of March, Alamos obtained an operating permit from the Turkish Department of Energy and Natural Resources for the Kirazlı project; the permit gives the company the go-ahead to begin earthworks on the property’s open pit area. Kirazlı is expected to produce over 100,000 ounces of gold during its first full year of production.