Marking a break from established policy, the Chilean government considered a proposal to increase the mining royalty tax, the proceeds from which would be used to aid in earthquake reconstruction. Last month, the Senate rejected the mining tax changes, leaving it up to a joint committee which also failed to reach an agreement on July 7, to proposed changes, forcing the government to seek alternative financing sources for earthquake reconstruction. 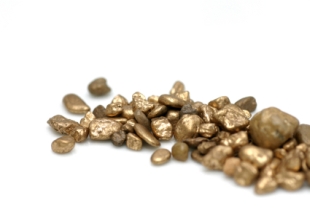 When investors think of Chile they are likely to think of the large scale copper mining operations as the red metal has secured itself as one of the pillars of the Chilean economy with exports alone accounting for more than one third of government income. Over the decades mining products from Chile have grown to accommodate multiple segmented revenues including copper, lithium, coal, silver, molybdenum, iron, and gold.

Since 1997, The Fraser Institute has conducted an annual survey of metal mining and exploration companies to assess how mineral endowments and public policy factors such as taxation and regulation affect exploration investment.  The survey’s Policy Potential Index (PPI) is a composite index that measures the over all policy attractiveness of the 72 jurisdictions and Chile is the only jurisdiction out side North America that has consistently been in the top 10.  This year it ranked second to Nevada and just ahead of Quebec in terms of Current Mineral Potential.

The favourable investment environment track record of Chile was temporarily threatened towards the end of February, as an earthquake occurred off the coast of the Maule Region with an 8.8 magnitude damaging 370,000 homes and costing the insurance industry between an estimated 4 and 7 billion dollars.  Although the death toll was relatively small for the largest earthquake to impact the country since the largest earthquake ever recorded ravaged the country in 1960, it did cause minor power disruptions and infrastructural problems.

Marking a break from established policy, the Chilean government considered a proposal to increase the mining royalty tax, the proceeds from which would be used to aid in earthquake reconstruction.  Last month, the Senate rejected the mining tax changes, leaving it up to a joint committee which also failed to reach an agreement on July 7, to proposed changes, forcing the government to seek alternative financing sources for earthquake reconstruction. Opposition senators rejected a clause in the bill that would allow companies to pay existing levies between 2013 and 2020.  The debate and fortunate resolution should provide an increased level of confidence in mining opportunities and demonstrates the commitment of the current administration which has seen foreign direct investment inflows quadruple over the past five years to some $17 billion in 2008, before declining to about $7 billion in 2009 in the face of diminished investment throughout the world.

In 2009, Chile produced an estimated 40 tonnes of gold which is less than half the quantity of gold that was concurrently mined in Canada; however the United States Geologic Survey indicates that Chile may have twice the total reserve base estimates of Canada. Gold is often produced as a by product of the copper mining operations that form the staple of Chile’s mining industry; however, there are several gold mining operations being developed and there are several new gold mining prospects being explored and developed.

Most mining in Chile is concentrated to the Norte Grande region spanning most of the Atacama Desert.  The most prominent of Chile’s development projects is Barrick Gold Corp.’s (TSX: ABX) Pascua-Lama project that is located within this region. Pascua-Lama is the largest of Chilean gold projects right now with proven and probable reserves of 17.8 million ounces of gold and 671 million ounces of silver. The project is currently under development by Barrick and is expected to produce 750,000-800,000 ounces of gold and 20 million ounces of silver per year making it one of South America’s largest gold mines once everything is up and running. With an estimated mine life of more than 25 years, the company’s estimated total operational cash costs of $20-$50 per ounce (assuming an average silver price of $12 per ounce), would make Pascua-Lama one of the lowest cost gold mines in the world.

The US based Coeur D’Alene Mines Corp. (NYSE: CDE, TSE: CDM), is a mid level precious metals producer, mining approximately 17.7 million ounces of silver and nearly 72,112 ounces of gold in 2009 from a number of operations in various jurisdictions. In 2009, $2.7 million was spent on exploration in Chile and $1.0 million on reserve development at Cerro Bayo with 33,130 meters of core drilling completed during the year. Most of this drilling was focused on expansion and definition of the new Delia silver and gold-bearing vein discovered approximately one half mile south of the ore processing facilities mine in southern Chile. Cerro Bayo consists of a high grade gold and silver underground mine and processing facilities and is among the lowest cost silver mines in the world.

Exeter Resouce Corp. (TSX: XRC) is an exploration stage company working in Chile on the Caspiche gold project.  In April, the company announced an updated resource on its project which showed indicated resources of 23.9 million gold equivalent ounces and inferred resources of 17.8 million gold equivalent ounces. The estimated size of the Caspiche resource ranks it as one of the gold industry’s largest discoveries in recent years.  As of July 6, Exeter reported $39 million of cash on its balance sheet and has budgeted $22 million to conduct a prefeasiblity program from March through to December.  The study will continue through 2011, with progress development scheduled for release during the first and final quarters of next year.

Austral Gold Ltd. (ASX: AGD) has been developing the Guanaco gold/copper project which had historically observed intense gold mining activities dating between 1886 and 1939 with some interruptions.  Copper was also exploited on the property between 1928 and 1930 and the company estimates that Guanaco produced in excess of a million ounces of gold until the mid 80’s and 500,000 ounces of gold between 1993 and 1997.  On July 2, the company announced that it was in the final stages of a bank feasibility study to be disclosed in accordance with regulatory requirements.